The competition is over.Visit our main page for more free licensed software.

THIS GIVEAWAY INCLUDES THE FOLLOWING 11 GAMES AND 58 DLC:

The game is available for , but the winners of our contest will get it for free.

This bundle of nine games plus DLC's include five RPG's made using RPG Maker and four simulators using Game maker.

These games have been removed from Steam due to a dispute with the developer ('possibly' but not necessarily due to a particular game that was in bad taste i.e. an AIDS simulator), so for those who are into collecting removed games or those who like to add +1's to their Steam account (there is a growing community into that), you'll get a +9 added to your Steam library.

The games include the following:

Asset Flip simulator - A first person shooter using Game Maker. It takes ages to load (almost 5 minutes). The game looks decent enough though there does appear to be some issues with the graphic; for example, when I started to move from the start, the whole scene changed and looked like I was looking through fog (see the twelfth image below). After reloading, the issue persisted.

Glitch Simulator - A first person shooter that worked; however, apart from the first zombie that ran at me as soon as I moved, every other zombie just stood their ground; even when I walked right up to them.

ISIS Simulator - A first person shooter using game maker similar to Asset Flip simulator. Of all the sim's this was the best one as it was quite challenging. I didn't work through to the end, so cannot say if it is similar to the Triggering simulator.

Triggering Simulator - Similar to Asset Flip Simulator, but with no graphical glitches. I enjoyed the game play, but there is only one mission, that takes less than 5 minutes to complete.

The RPG maker games i.e. Athopiu - The Final Rebirth of Hopeless Incarnate, Occult preRaise, Occult Raise, Occult RERaise and Zambi 2 Kil all work with no issues. Each game includes various DLC booster packs that contain in game currency, experience points as well as various potions, extra male and female characters and a free text lore book that explains the lore & backstory of the Arcane Raise Franchise. The four simulator games are Game Maker games and all seem to be very basic, but work 'to some extent'. Of the four Asset Flip and Glitch Simulator seem to have some issues mentioned in the list above. The other two work okay, but are only short single mission games.

For the RPG Maker games if your monitor is on a high resolution setting the game window is very small (I could fit six windows on my 15'' monitor set at 1920 x 1080. Setting it at the lowest resolution on my main monitor i.e. 800 x 600 increases the size significantly, but still does not fill the monitor screen. Each RPG Maker game includes a tutorial session which you can skip if you wish. Although not included with this bundle, the only game now remaining from this developer is Arcane Raise, so I am unable to access reviews written about those games as they have been removed, or at least access has been blocked. 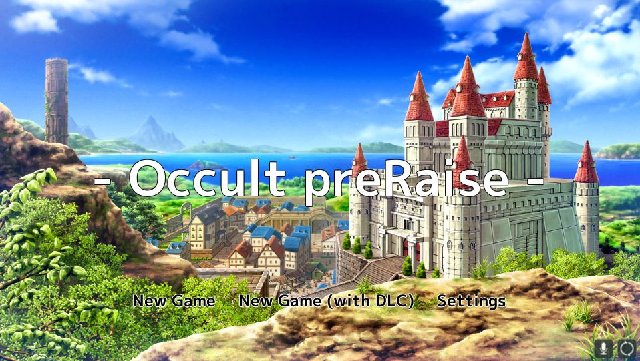 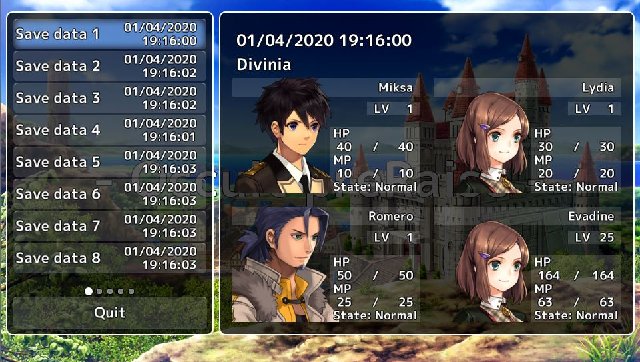 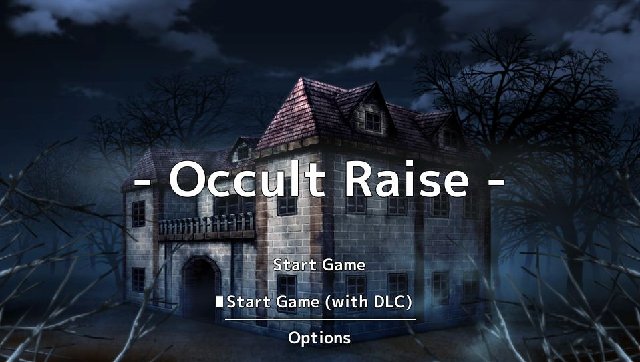 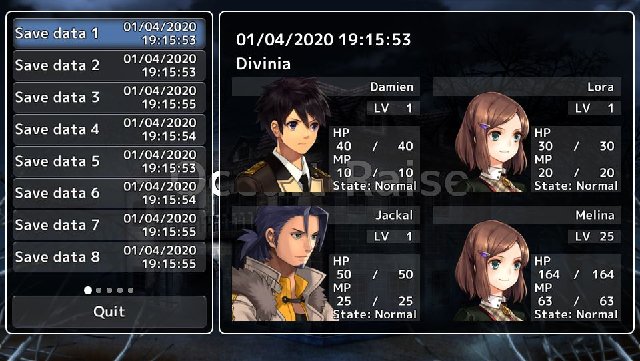 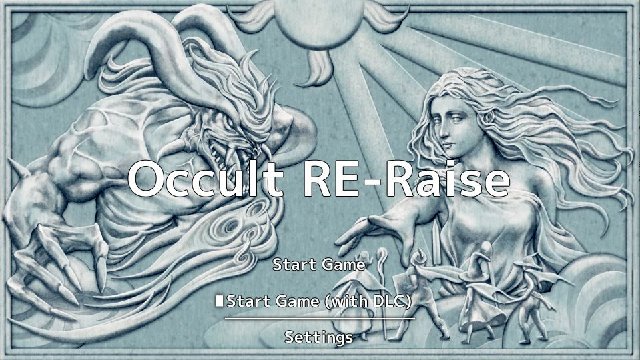 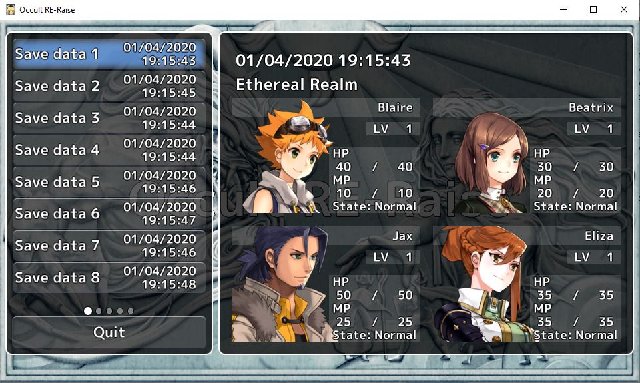 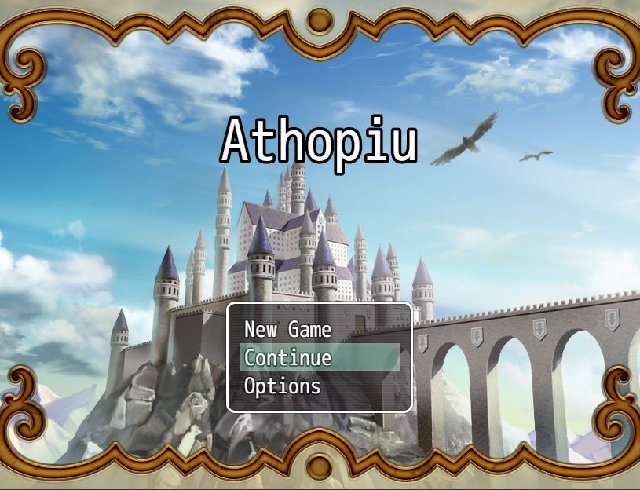 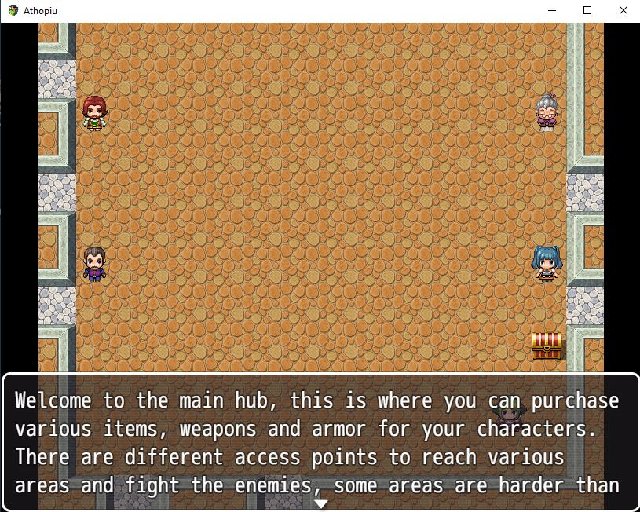 Each of the simulator games start with the following two images 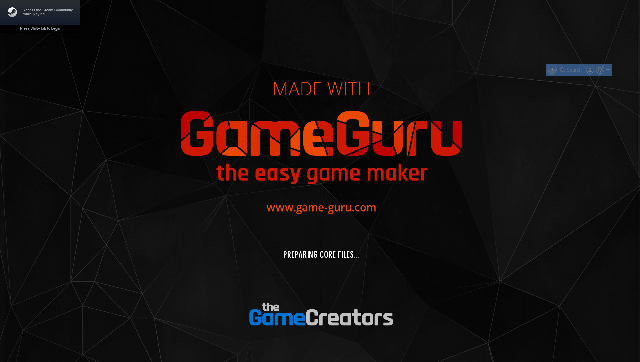 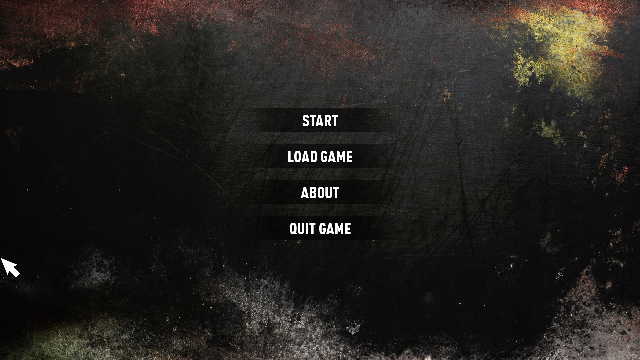 The next six images show the Asset Flip, Glitch and ISIS Simulators 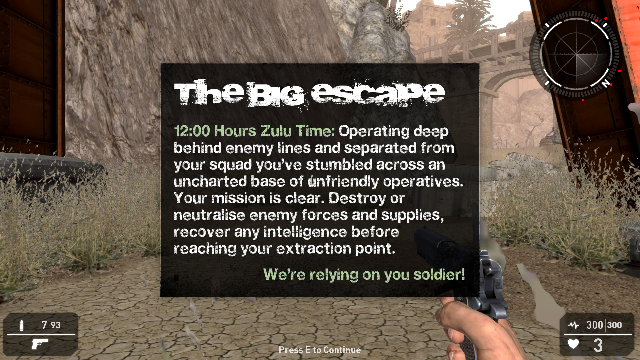 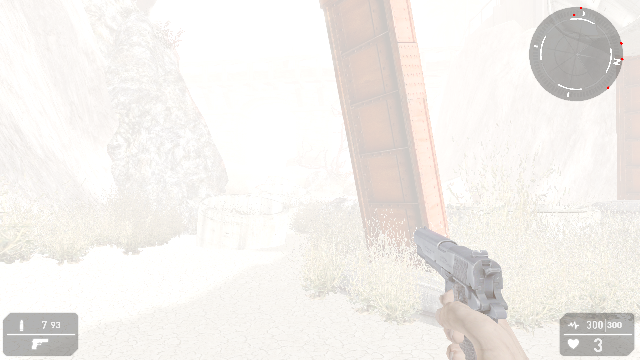 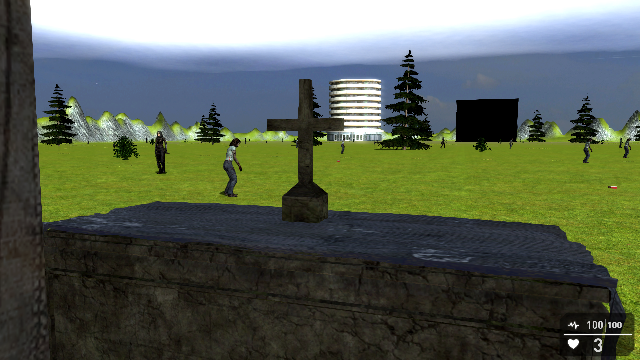 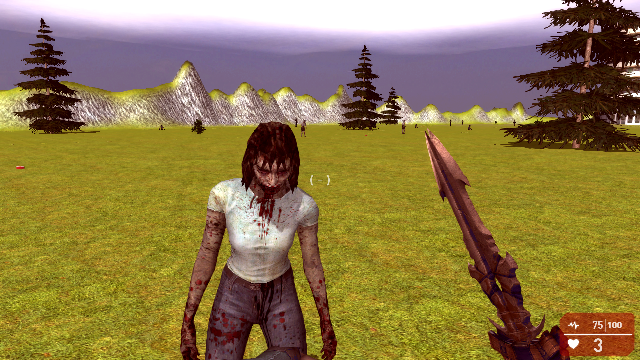 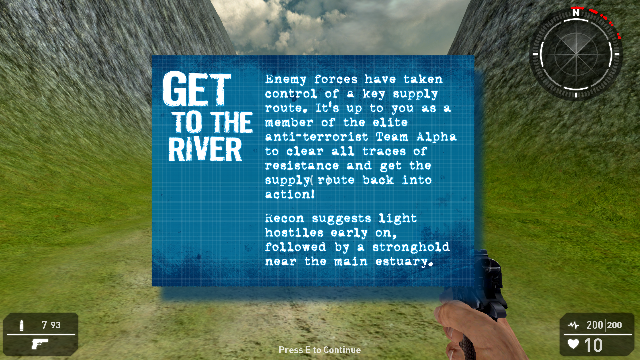 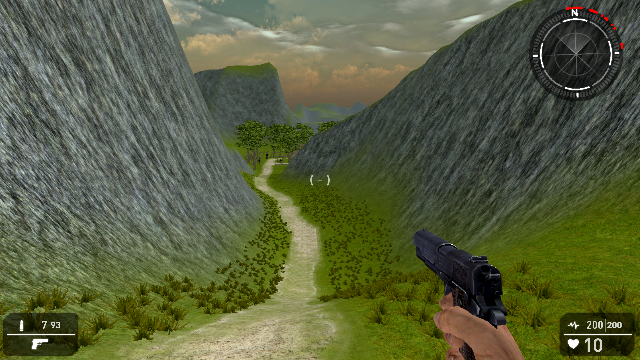 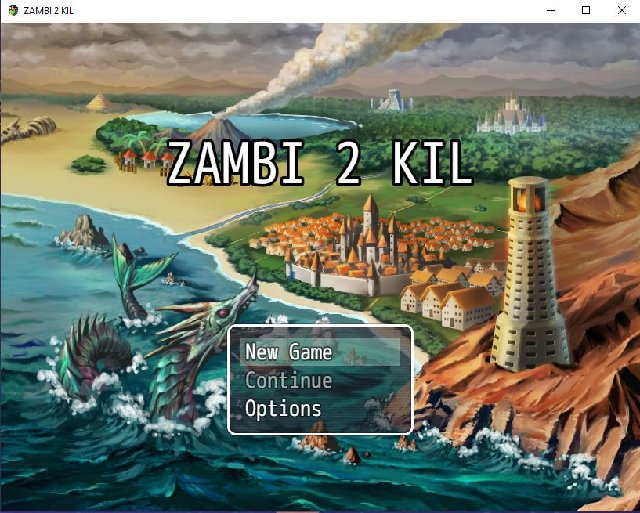 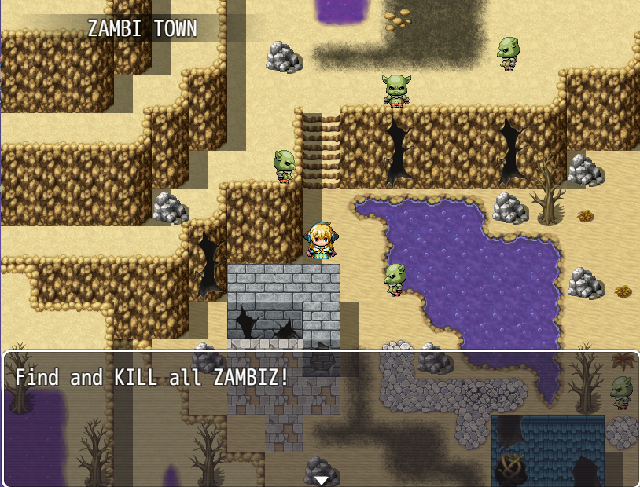 These last two images are from the Triggering Simulator. 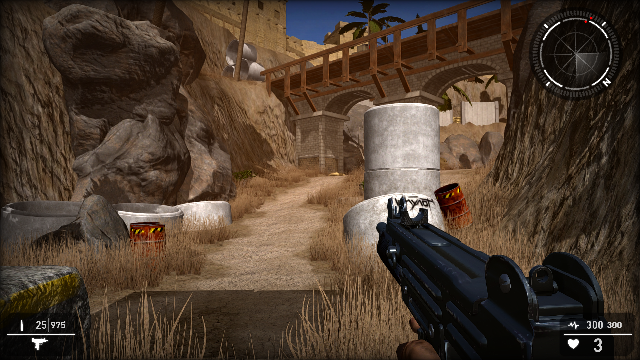 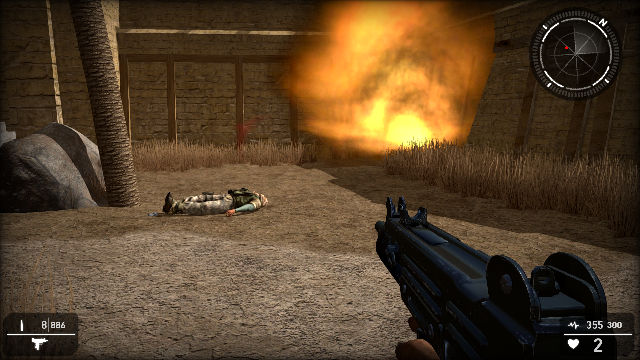 Sadly the 1000 keys went before I'd even finished writing the above. This was probably due to the information being posted on the steam key giveaway sites. For some Steam community members removed games are a premium wish. As this bundle contained nine removed games, i.e. games that are no longer available on Steam, plus for those who collect games to get plus ones on their account, this would have added nine pluses. I do think its a pity that regular giveaway community members, especially those that don't log in until the evening will have missed out on this deal. That said, I think the developer 'may' have more key giveaways on other sites, so it may be worth Googling the developer or even contacting them directly to see if there are any other giveaways. The developer is Arcane Raise. I found the RPG Maker games playable and okay, but most of the simulator games made with Game Maker were either too short or had problems with graphics, or the assets. That said I would like to thank the developer for giving the community the opportunity to get games o longer available on Steam. :)

start, the whole scene changed and looked like I was looking through fog. You can see my original review with images HERE.
After reloading, the issue persisted.

Got an account alert today on Steam, that the "Complimentary reviewer package" for this bundle has been revoked and those games listed above are no longer in my library. What a sad thing to see.

From what i read on reddit, i'm not the only one, looks like the publisher finally got completely kicked from Steam and keys from different bundles/sites have been revoked. There is a actual PSA on /r/FreeGamesOnSteam about it, for those interested.

Hi Chasm, I just checked my account and have the same message. It's a little annoying to say the least, especially as I spent several hours researching all 11 games to write the review I posted. Everyone who received a key for that bundle will probably get the same message as well.

All 11 games within that bundle were removed from Steam; some as far back as 2017. Unfortunately I wasn't able to ascertain the reason why that particular developer (Arcane Raise) had been removed especially considering that one of that developers games was still available via Steam i.e. called Arcane Raise.

Most comments about the removal suggested it was because of a single inappropriate game that they had released called AIDS Simulator. However that was only hearsay.

The revoked games were not the responsibility of the gamegiveaway team as they had included the bundle as a giveaway in good faith. It would have either been Valve or the developer who has had them removed. I've had several games revoked over the 11 years I've been a Steam user. All of those keys were ones I'd either purchased via non Valve Steam key vendors or were games I'd received for free via various promotions.

Personally none of the four simulators included with the bundle were worth having anyway as they were either broken or basically a mini demo of the game; for example, one of the simulation games took me around 5 minutes to complete in its entirety and apart from one, the others were so badly bugged, they were not worth playing. I spend a good half hour plus on each of the 11 games, apart from the one I called a mini demo and to be honest, I did not enjoy most of the games due to the unfinished nature and bugs that were rife in some of the games. As for the RPG Maker games; the only one from that developer that was worth playing (IMO) was the one still available from Steam and surprisingly, that wasn't included in the bundle

Arcane raise is still available on Steam at the time of posting this. I have two other games by that developer i.e. Arcane preRaise and Arcane RERaise, but both of those are also removed from the Steam store.

This would've been nice to get, had I seen it in time. I like these style RPGs

does this add +1 in my steam games profile?

Hi Freese, no it adds a +9 because there are 9 games included, all of which have been removed from Steam

After performing the actions a webpage comes up and states distribution is over. I guess no more keys available.

As far as I know the giveaway is still live. That said, this giveaway includes eleven games removed from Steam, so a section of the Steam community who collect such things may have entered. I cannot see how many have entered, which is unusual as it usually tells you how many entries have been made. If any of the Steam key sites have advertised this, then there is a chance they have all been taken, but at this point I don't know.

Whiterabbit-uk, i just got the key (5 mins ago) after performing all the actions.

Can't Receive an email (I checked all)

I have the same problem. :(

New Math Puzzles for Geniuses
Math Puzzles is a simple game that will make you think and find hidden patterns in the challenges.
$9.99 ➞ free today
« Agapan LastShot »