Game Giveaway of the day — Prince Of Wallachia

Prince Of Wallachia was available as a giveaway on November 2, 2020!

Download trialPrince Of Wallachia
Today Giveaway of the Day 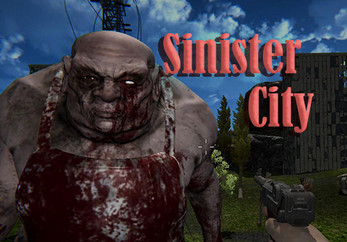 On June 12, 1444, Vlad the Impaler and his brother Radu the Handsome went to the Turkish court as a guarantee of keeping peace between Wallachia and the Ottoman Empire. The brothers made a plan to regain the throne of Wallachia and get rid of the Turks. Radu the Handsome secretly wished to rule himself and betrayed his brother Vlad the Impaler, told everything about the plan to the Sultan of the Ottoman Empires.
The Sultan, in a rage, threw Vlad the Impaler in prison for the rest of his life.

Explore from the underground of Constantinople to the city and forests of Wallachia.Various enemiesThe whole Ottoman Empire is against you with detachments of janissaries, sipahs and also wild animals.Interesting storyIn the game you will meet enemies, traitors and friendsIn the game Prince of Wallachia you will find nice and addictive gameplay , various puzzles and secret locations.

Comments on Prince Of Wallachia

Prince Of Wallachia's level designs reminds me 'vaguely' of the first Prince of Persia game that I played way back in the early 90's (and which can be had for free via the Microsoft store HERE), though today's platformer does not have movement options that that classic game does.

The game was made using the Unity engine. This is a pre release αlpha of the game (v0.01). If you click on the add to wish list button it will open your browser to it's Steam page which says ''Planned Release Date: 5 April, 2021''.

The game is a 2D precision action platformer with a historical theme, atmospheric levels and historical characters.The levels are colourful hand drawn and cartoon like. You can see a video of game play via the Steam page HERE.

The game looks promising. Unfortunately as I'm still waiting for my new operating system, my computer is still offline, so I've only had time to grab a few moments on one of my children's computers while they take a break from their studies. I've only had chance to play the game for a few moments, but do think this is a big improvement on previous platformers we've received over the past few months. It's definitely worth a download IMO. 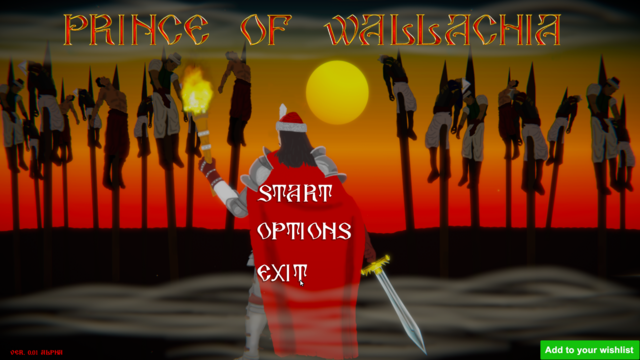 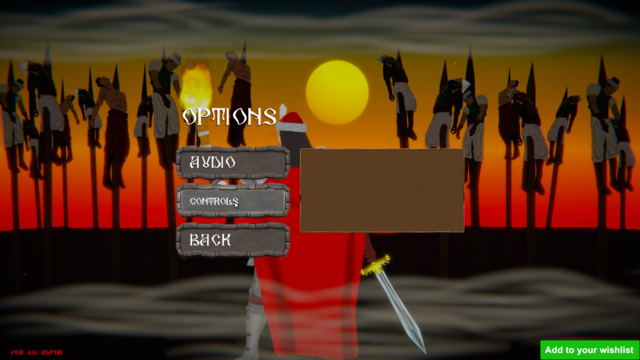 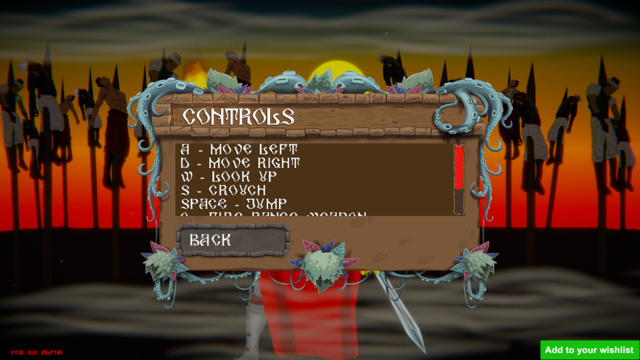 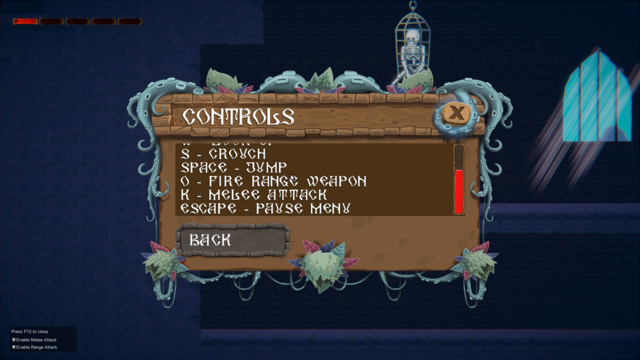 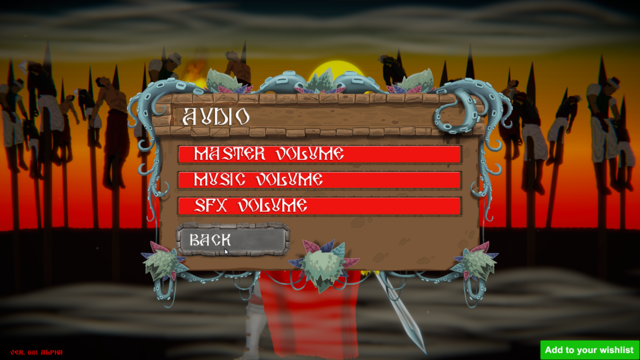 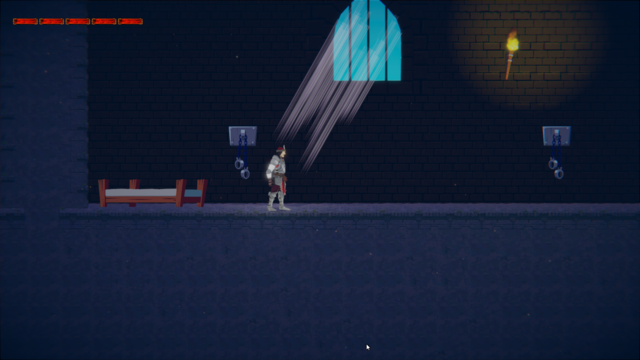 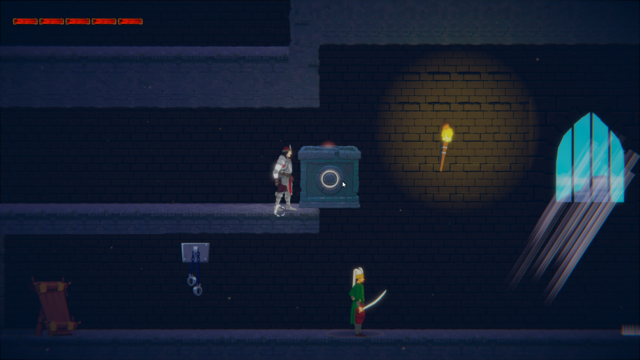 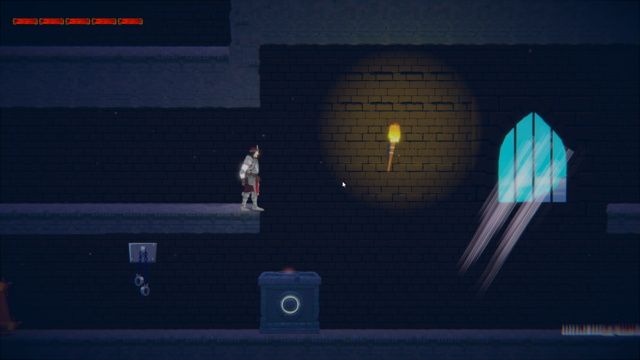 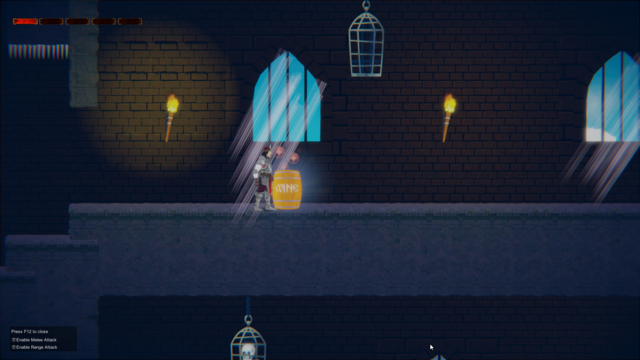 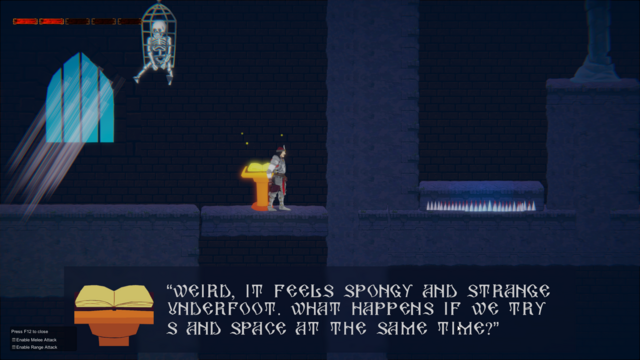 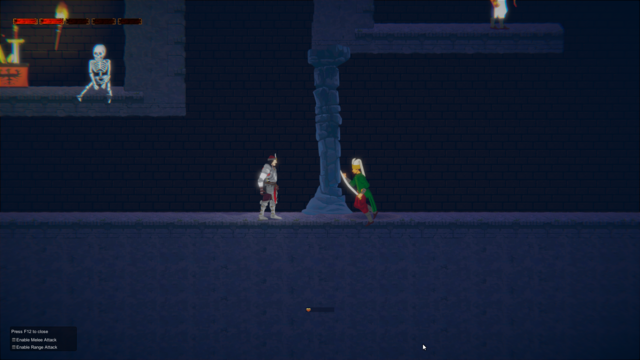 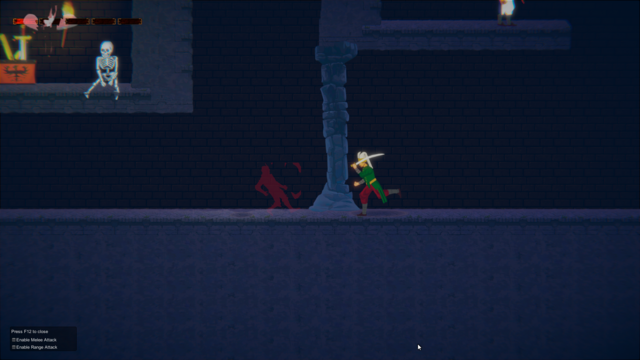 Whiterabbit-uk, I like the subject matter and the setting. Not sure of the history, but Vlad the Impaler as a heroic figure? Hm. Checking out the link too. Only played a bit of the Prince of Persia series, unlike Zelda, but it's definitely one I wish I'd tried out more.

FWIW, & in case it helps, Win10 works fine without activation -- the 2 main things you'll notice is that you can't set your own wallpaper, and you can't sign in with a PIN. Otherwise it's fine -- just enter the license key when you get it, and any restrictions are removed.

Hi Mike, I didn't know that, :) The only issue I have now is that I only have Win 10 Pro disks but my new operating system is Win 10 Home. (Will check Microsoft to see if I can download it?

When I was looking for a replacement gaming rig for my daughter. I decided to go second hand. So long as you buy through eBay and pay via PayPal, you have two methods that protect your purchase if anything went wrong, i.e if you were sold a duff computer or component, you are insured by both, so long as you can prove it didn't work. (I bought a laptop for my wife about 4 years ago, a day after receiving it the monitor stopped working. i contacted the seller and was asked to return it and they would exchange it for a like for like laptop. weeks later I'd still not received a replacement so contacted them again. They apologized and said they had difficulty finding one that was similar so offered a couple that were not as good, but with no reduction in price. When I tried to contact them again, they had disappeared. I contacted both eBay and PayPal. Because I had evidence that I'd returned the laptop and could show that I'd tried to get a like for like replacement from the vendor, PayPal refunded all of the money i'd paid for it.

Anyway, I spent a couple of weeks checking all the computers that were suitable and found on average second hand computers tended to sell from between 33% to 50% of their actual worth with respect to the total cost of all the components if you were to buy them new. I also found that computers with at least one part missing, usually either the hard drive, operating system or the graphic card would sell even cheaper; for example one computer I had my eye on was missing the graphic card, but the total cost of all the other components were approaching £2000 (it was virtually new, with most of the components being hi end versions, though from the previous generation from the latest, with a really nice full sized gaming case etc. It sold for just over £400 because most people looking to buy a second hand computer want a computer that you just need to plug in and start up, not one that you needed to buy other parts for. Unfortunately I missed that auction by several minutes as I'd forgotten to set the alarm to remind me. I always bid in the last 20 seconds with a counter bid that is usually the maximum I'm willing to bid. I was really annoyed at myself for missing that one. In the end I got her a decent AMD system that ran much better than my older second gen i7 for a decent price and that is presently being used as a workstation by my son as he finds doing his university work on his own newly built gaming computer (that is similar to the one I'm rebuilding, though his CPU is a Ryzen 3600X). Even though it's being used as a work station it can still play the latest games despite it being at least 5 years old now.

If you are willing to buy second hand, and have a lot of patience you can find some great deals on eBay that could save you a fortune and net you a decent computer. I missed a Ryzen 7 3800X last week (I'd already bought the Ryzen 5, but happened to notice that the Ryzen 7 CPU was ending at an unearthly hour; i.e at 5.30am), so I knew there wouldn't be many bidders around. I was going to go for it, but didn't set the alarm :( When I checked later, it had sold for £175, which is around half the price of a new one. I bought two second hand Nvidia GTX 980Ti graphic cards (with 6GB of gRAM each) a couple of years ago, just after the series 10 had been released and got them for about a third of the price of new ones; saving a lot of money in the process. They are still running really well and so far I've been able to run all of my games with graphics set at maximum, with decent frame rates.

I've found that the worst time to bid on eBay is at the weekends and at the beginning of a new month (usually when people have received their monthly salaries). The best times are mid week to Friday morning and the last week of the month before pay day. You just have to find the components you want that are ending at the times that are less likely to have bidders present.

I used to bid on a lot of stuff until a few years ago (mainly WWI and WWII German stamps plus pre WWI German stamps going back to around 1860, and rarely lost a bid because I stuck to certain times and always waited until those last seconds to put my first bid in.

Anyway, I hope you can upgrade in the not too distant future. I've been lucky enough to have been able to afford to build quite a few computers over the last 20 years. but that is partly because I don't have any of the usual vices (i.e. I don't drink or smoke) and hardly ever go out for meal (mainly because I've rarely found a restaurant that can cook decent vegetarian food; ( I can count on one hand the number of times we've been out for a meal over the last 10 years)

drink alchol or smoke, so save a lot of money.

The basics include an ASUS Prime X570-P ATX Motherboard (I initially bought a MSI MAG B550 TOMAHAWK Motherboard, but saw the ASUS board was the same price with more of what I wanted), plus a Ryzen 5 3600 Processor (I was going to buy a second hand Ryzen 7 3800X processor, but decided against second hand after comparing the two. Although the Ryzen 7 is better, I'm going to see a massive improvement from my previous second gen i7) also 4 x 8 GB DDR4 3200 MHz Corsair Vengeance RAM sticks and a 500GB M.2 NVMe Internal SSD. I'm using my old gaming case and the power supply (a 1000W corsair Gold rated PSU) plus some of the hard drives from my old system. I'll be buying a new Razer mouse and keyboard sometime soon (waiting for the Black Friday deals) as the keyboard I'm using is 8 years old and a couple of the mechanical keys are starting to double type occasionally, plus I need an ambidextrous mouse as the ones I've been using are right handed.

Whiterabbit-uk, thanks for the info . :-)

I see that we think alike .
For the last 10 years my "wet dream" regarding my new PC had ,
more or less , the same way of thinking .
A very strong , heavily equipped , heavily upgradable , AMD based
Motherboard and use of my old PC parts , like PSU , HDDs , mouse
and keyboard , USB peripherals etc. .
I hope that some day soon I will build my dream machine .
My current PC is pretty old (2006) and is struggling to cope
with the latest (7-8 years) demanding games ...
I have a lot of games on Steam , Epic , Origin , GOG , Uplay , to name some ,
that my PC is unable to run and my trigger finger is getting really itchy ... :-)
Another frustrating thing is that many games demand an 64bit OS in order to run .
So , I will be forced to give up my beloved Windows XP .
I will NOT go to Windows 10 even if Hell freezes of ...
I am looking for alternatives .
Maybe Windows 7 64bit + Virtualbox + Windows XP and maybe Windows 10 (just for the games) .
Or Linux + Virtualbox + Windows 7 , Windows XP and maybe Windows 10 (just for the games) .
That's a hard choice ...
BUT , even harder is to find the money for the new PC ...
Que sera sera ...

I forgot to wish you for the new PC .
I don't know the expression in English .
What do you say to a friend when he buys something new ?
Here in Greece we say "με γεια σου" .
Loosely translated --- "enjoy it with health" .

Lumos: Sun and Moon Tracker
Simple but powerful, Lumos accurately predicts the position of the sun and moon at any time, on any day, in any place.
$2.99 ➞ free today