Jo-Jo Fighter is a 2D side-scrolling platformer.
You are a loner fighter who was thrown into the jungle. Defeat pirates, smugglers and bandits, get out of the dangerous jungle alive!
Features of the game:
-The character has a variety of weapons: from a pistol to a grenade launcher
-Enemies are armed with different weapons
-The appearance and weapons of enemies are randomly generated. 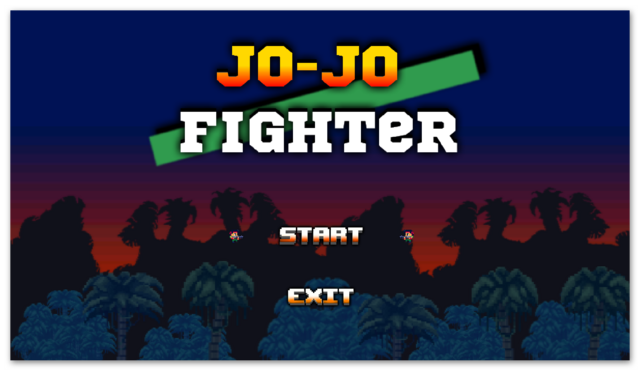 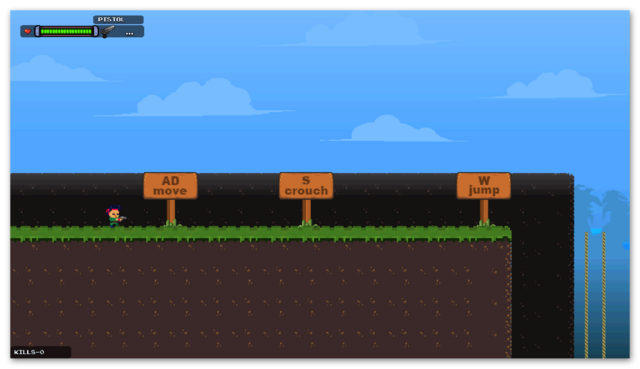 In Brief:
Jo-Jo Fighter from Imperium games is a side scrolling platformer. It has positive reviews via the Steam community HERE

The developer gave away Colonization of the Moon back in March 2019 via Falcoware games.

Introduction:
Jo-Jo Fighter is a 2D side-scrolling platformer.
You are a loner fighter who was thrown into the jungle. Defeat pirates, smugglers and bandits, get out of the dangerous jungle alive!

Features:
-The character has a variety of weapons: from a pistol to a grenade launcher
-Enemies are armed with different weapons
-The appearance and weapons of enemies are randomly generated.
Reference accessed HERE 30th November 2021. 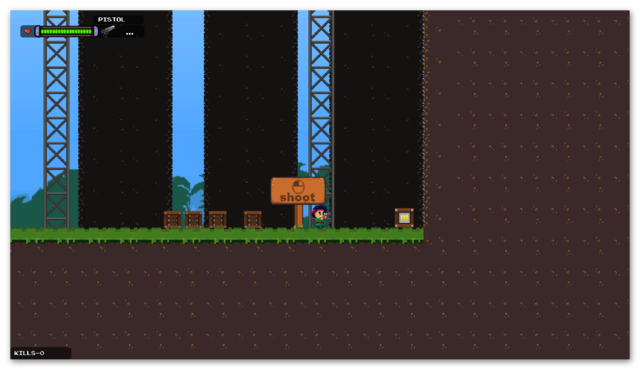 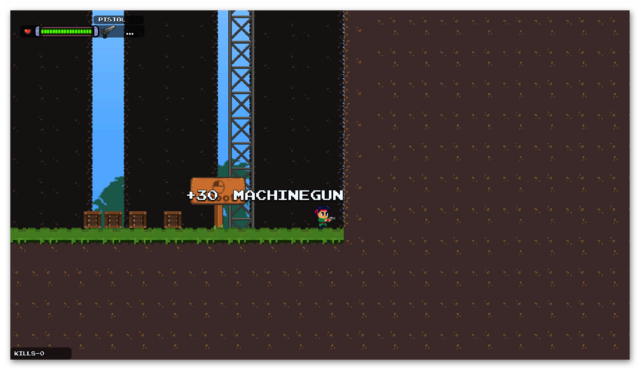 The Game:
After a short play through, the following mini review was based on a Steam community members review called Moyana and was accessed HERE on the 30th Nov 2021. I've corrected some grammar, deleted some of the review and added more information about the game; basically using the original as a skeleton (I'm finding it difficult to concentrate due to a lack of sleep over the past several weeks).


The game has a pretty dynamic mechanic, with four different types of weapons (pistol, machine gun, shotgun and grenade launcher). Opponents are fast and aim their weapons accurately. They are randomly generated, so keep an eye open for them as they will fire immediately they appear on screen. Survival depends on reasonably quick reactions by you. Your characters health is good enough to take several hits before it dies. When this happens you have to start from the beginning of the level again.

The controls are simple and introduced at the start of the game (see controls section below for details).

The game is quite difficult due in part to the accuracy of the opponents good aim; so, it may be worth playing according to a different tactic, for example, try to shoot from afar (although the enemy will run up to you anyway), or by standing still but jumping (W)and squatting (S) to dodge the shots. However, this slows down the pace of the game significantly; whereas the game tends to set a fast pace with running speed and double jumps.

You can pick up extra ammo packs either from some barrels and from killing some characters. There are also health packs drop that will regenerate your health fully, but these are not common

Suggestion to the developer:

Reduce the enemy's Hit Points a little, I think this will help solve the above situation. Also add a music volume and display setting so that there is a choice in a window or full screen (Alt + Enter does not help). To increase the re-playability of the game I would also add more content for example more weapons, different opponents, and more levels. And it would also be nice to add a local cooperative so that two people can go through the same computer or a local network. 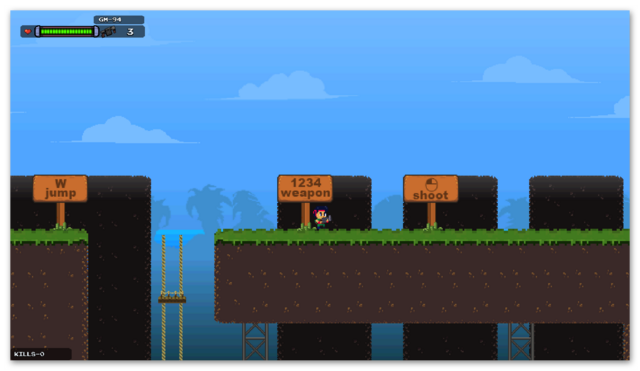 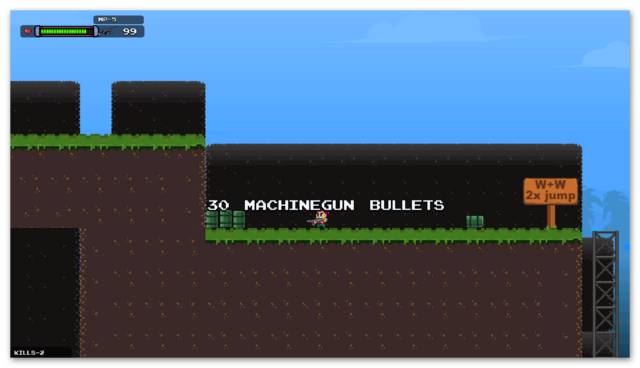 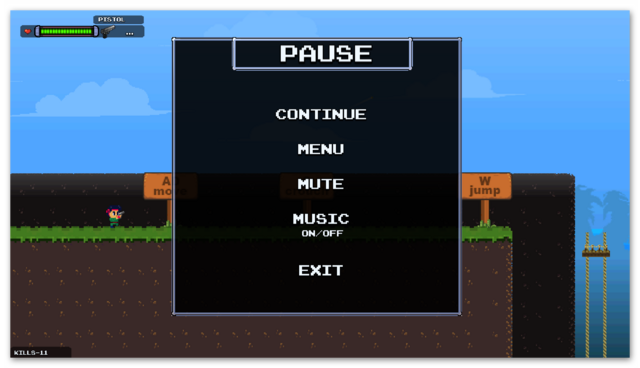 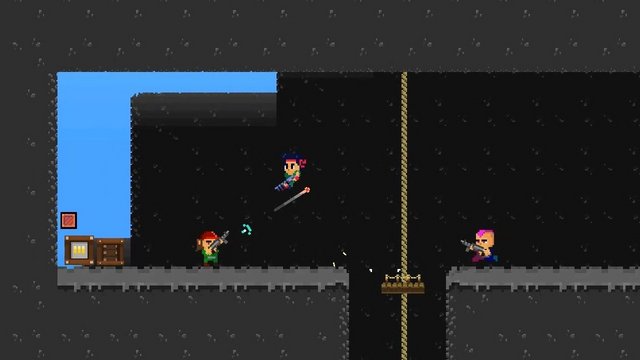 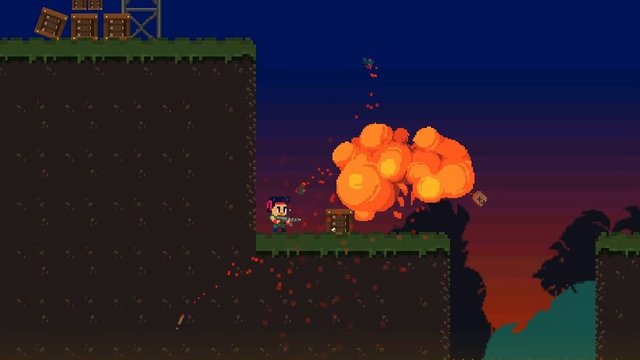 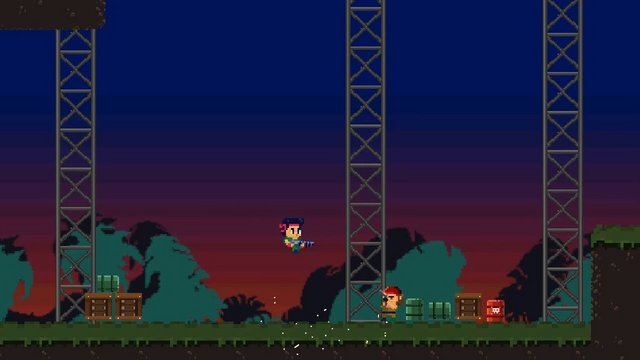 I scanned a zipped copy of the installed game using Virus Total and it found zero hits from ? antimalware engines.


Other Free Games:
Please check Delenn's threads over in the giveaway forums HERE and HERE for the latest non Steam and Steam freebies. Also for the latest Steam sales check THIS Steam database site out. You can list the games in 'price' & 'percentage off' by clicking the headers. If you link SteamDB with your Steam account all games that you already have will be highlighted in green. When there are Steam games being given away, you'll see 100% off.

Steam have started their Autumn/fall sale which ends on 1st December at 10am Pacific. 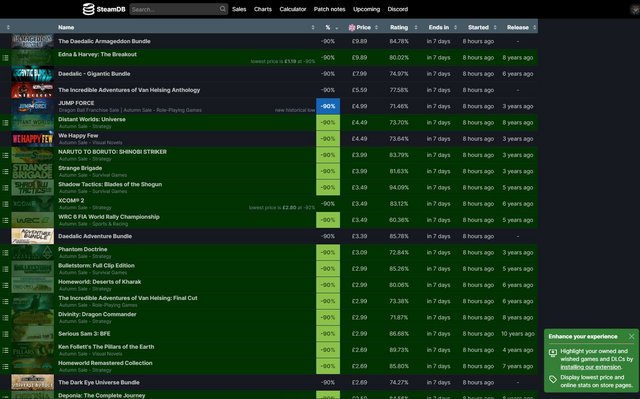 Don't forget to check Indie Gala's freebie section HERE, then click on the Showcase header, selecting freebies from the drop down menu; recent additions include Dracula 3: The Path of the Dragon, Distortions, Dino Run DX, Cheap Golf, Kill Em All, Dead Hungry Diner and Contract with the Devil. All remaining freebies can be found in the showcase section (around 100 are available). Not all games that go into the showcase remain free, so you should grab them as soon as you can.

The latest Epic freebie's include Antstream - Epic Welcome Pack - Grab 1090 Gems for free to use in-game! This in-game currency can be spent on playing games, challenges and limited-time tournaments! Gems can also be used to unlock harder challenges and play turn-based PvP against friends and other players!. You'll also need to install the Antstream client before you can spend the gems. Better still we will also be getting the base game for The Hunter: Call of the Wild; (which is presently my number one favourite game that I've been playing virtually every day both solo and with friends since June 2021). The base game includes two of the available 10 reserves i.e. Hirschfelden (Germany) and Leyton Lakes (United States); which you can find details of HERE. There are several DLC's that should be available free as well (e.g. Backpacks, new species, Compound Bow, Shooting Range and others). I've posted an edited copy of my Steam review over in the forums HERE, together with lots of screen captures that show the beauty of this game. Each of the reserves covers around 25 to 30 square miles of reserve that you can explore fully, with day and night cycles as well as weather effects and environmental and animal sounds; the immersion within this game is amazing.

Next Thursday 2nd December we will be getting two more games, i.e. Dead by Daylight, a multiplayer (4vs1) horror game where one player takes on the role of the savage Killer, and the other four players play as Survivors, trying to escape the Killer and avoid being caught, tortured and killed plus While True: Learn (Data Scientist Edition), is a puzzle/simulation game about even more puzzling stuff: machine learning, neural networks, big data and AI. But most importantly, it’s about understanding your cat.

The best Indie Bundles sites that have been operating from around 2011 are the Humble Bundle and Indie Gala sites where you'll sometimes find decent bundles with over 90% off the usual price of the games included in the bundles. The Humble site is in my opinion the best. A more recent addition that is worth checking out are the Fanatical bundles that you can find HERE (thanks Delenn for reminding me of this bundle, I've just recovered my account and found thousands of Steam keys listed from various bundles I purchased from 2012 to 2017).


Also well worth checking is CDKeys, where you can pick up games with as much as 98% off. I got last years STAR WARS™ Squadrons for 98% off back in October, costing me a crazy £0.38p. You'll find CDKeys HERE. You can get the Ultimate Edition of the acclaimed game Control (GOG version) for £0.59, Dragon Age: Inquisition (Epic version) for £0.49 (both 98% off), both from CD Keys.

Finally, if you are having issues running todays game giveaway check out the Game FAQ's thread over in the forums HERE.