Game Giveaway of the day — I Can See the Future

Download trialI Can See the Future
Today Giveaway of the Day

$9.99
free today
Paranormal Pursuit: The Gifted One
Every second counts in this breathtaking paranormal adventure!
Proceed to download page

The story takes place in alternative reality. The world is ruled by bureaucracy. The predatory creatures like lycanthropes and vampires live among humans in peace and have equal rights. There are destructible objects in the game, some may affect the gameplay. The lighting in the game plays an important role in some of locations, as it’s hard to see who’s hiding in the darkness.

If you need to hide from humans, look for the dense vegetation.

Windows Vista and above

Comments on I Can See the Future

I can See the Future

A Rogue like top town shooter with a theme similar to the 'Underground' movie franchise. Definitely one to download, especially if you are into difficult rogue like games. I'd score this a 9 out of 10 for overall presentation, story, graphics and game play. There are two language options English & Russian. You can see a game play video via the Steam store page HERE 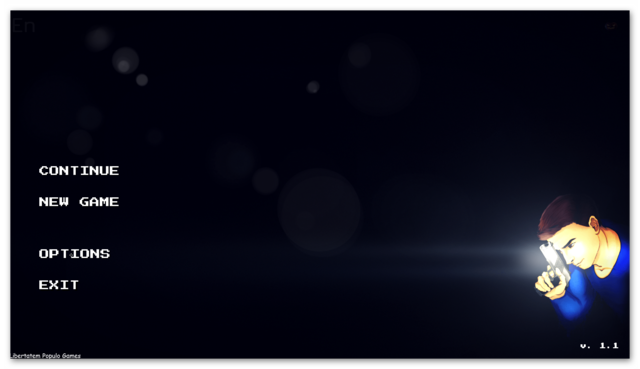 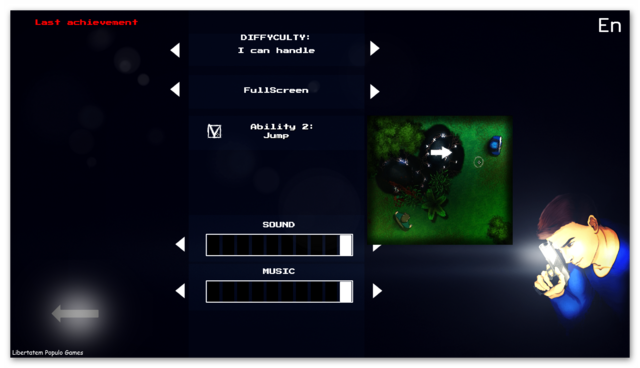 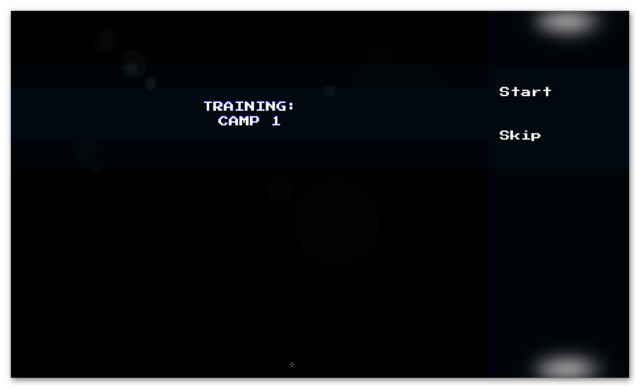 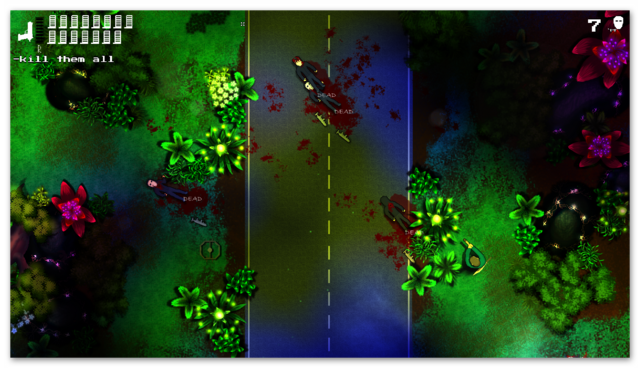 I can See the Future is a top down rogue-like shooter that takes place in an alternate reality. There are three levels of difficulty; ''I just want to take a look'', ''I can handle'' and ''I had not enough suffering''. To set the difficulty you have to open the options menu. While in game you can access the main menu to get to the options menu by pressing the Esc. key. At the start of a new game you can also opt to play through the training camp. The main game is introduced with a story board, introducing you to the main character called Adam who is the human law enforcement. your job is to track down vampires lycanthropes (werewolves) banshees etc who have broken the accord made by the different races. This came about as the vampire and lycanthrope populations dwindled. They were forced to make an accord with humans to avoid extinction, forming a joint council where laws were established to give then equal rights to humans. For anyone breaking the accord, all members of the council have to approve their destruction otherwise the accord would be broken. The human council members were called savants because they were gifted with supernatural abilities such as being fast, being able to take a bullet to the head, or, in the case of Adam, the protagonist, being able to see the future, though to see the future Adam (the character you play) has to die. Sounds bad, but your savant ability is that once you die you can return so long as you can find a point before your death were you are able to avoid that death. However, making a mistake such as accidentally killing an innocent cannot be fixed because the only way Adam can return to a point before is if he was killed first. 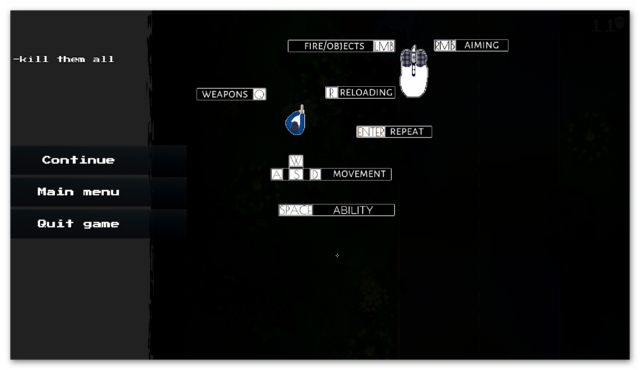 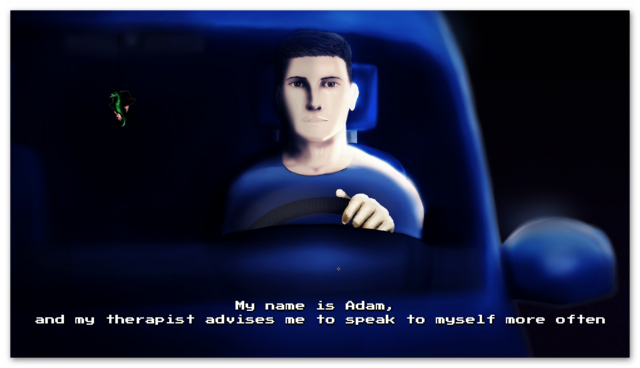 Using the space bar allowed you to use your reanimation ability. You character asked for a transfer to a small town because he was overwhelmed with the events that were happening in the big city. This is where your adventure starts. Check it out for yourself. don't let the difficulty put you off this game. A little practice and you'll be able to survive much longer.

I set the game to the medium difficulty and died several times in just over two minutes. Your aim is to survive to the end of the level. The level ends when you've killed all of your opponents. Levels are introduced by way of the story board and effectively link all parts of the game. Using your LMB activates your melee weapon. To use your gun use your RMB, aim then with the RMB still depressed use your LMB to shoot. See the image below for details of the key bindings. Watch out for bear traps. these kill you immediately as does being hit by a single bullet from your opponents. You can see the number of opponents in the top right hand corner of the arena. On the top left is your ammo supply, which is generous.

The game installs to C:\Program Files (x86)\I Can See The Future and once installed is 186MB in size. The usual Falcoware shortcuts are installed onto the desktop. These can be safely deleted. I can See the Future is a free standing game and does not include the usual Themida wrapper. I checked the giveaway files for malware and the results were negative. 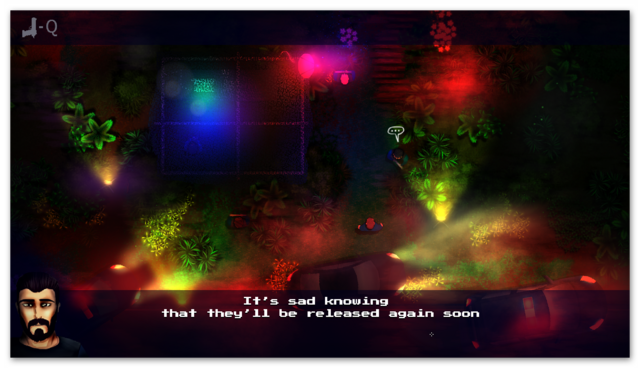 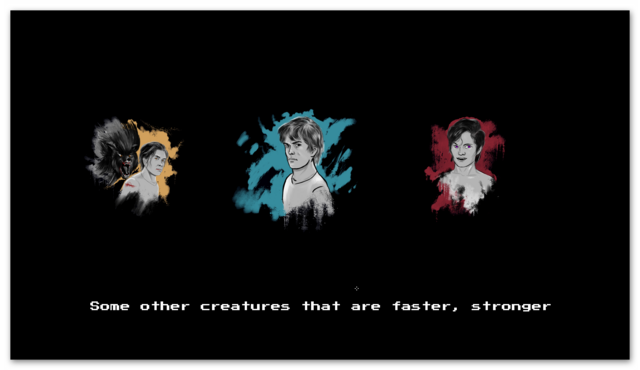 If you like hard to beat rouge-likes, this is definitely one to download. I didn't complete the first training camp or managed to progress past the first stage of the game, so can't say if there are any other attributes to the game. When you kill an opponent, they drop their weapons. On approaching them a symbol appears, but I could never survive long enough to discover what key would allow me to pick up the weapon. your opponents have machine guns, you start with a pistol. Unfortunately I didn't think we were getting a game today as yesterday there was a message saying the next game would be in four days, so I'm l left with little time to play the game for a longer period as i have other stuff to do.

This is a well constructed game, with excellent graphics and a story line that seems to have been inspired by some of my favorite movies such as the Underworld movie franchise. This is definitely a game I will be exploring when i have some spare time on my hands and I may even purchase a Steam copy if it comes up on sale, if only to support the indie developer. I reckon this is one of the best midweek games we've had in ages; (already said that last week when Galaxy Monster was given away last Thursday) 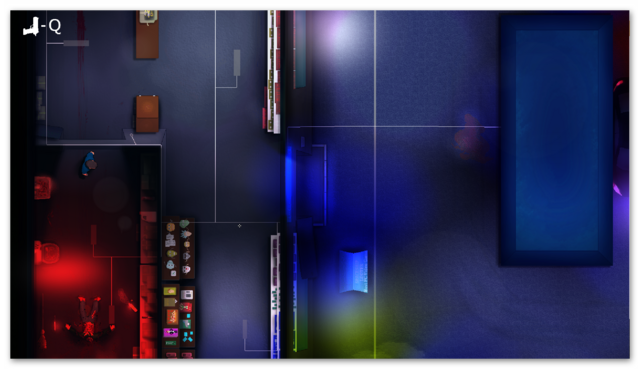 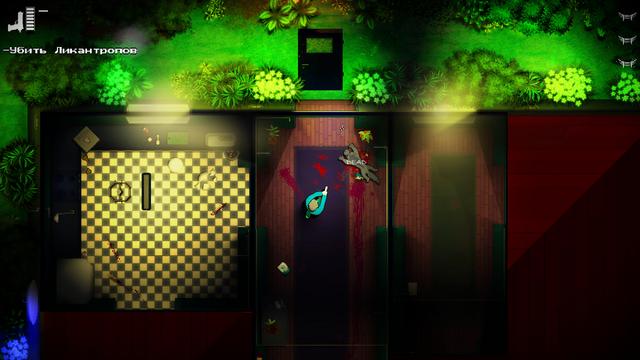 To check other game deals and freebies check out the end my review from Sunday . If you are a Steam game collector, today is the last day you'll be able to buy the soon to be released Anno 1800, a game released by Ubisoft. They have taken the decision to only sell the game via their own game platform. It is still available for sale via Steam , but it will definitely be removed by 6pm UK time this afternoon. 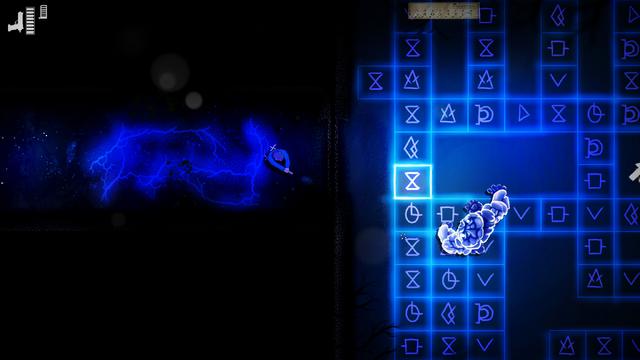 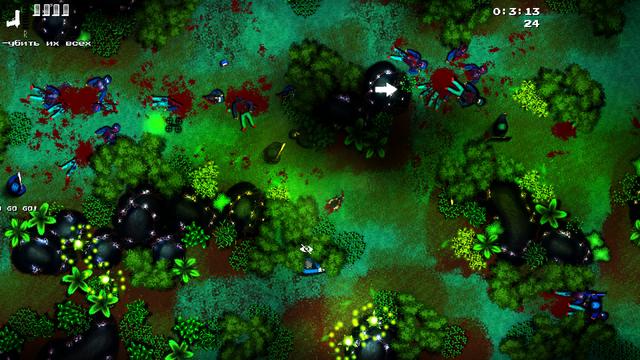 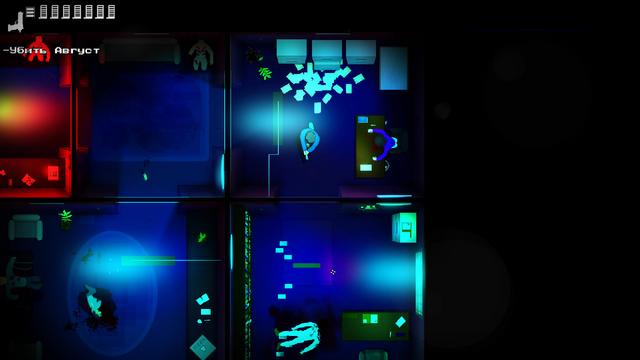 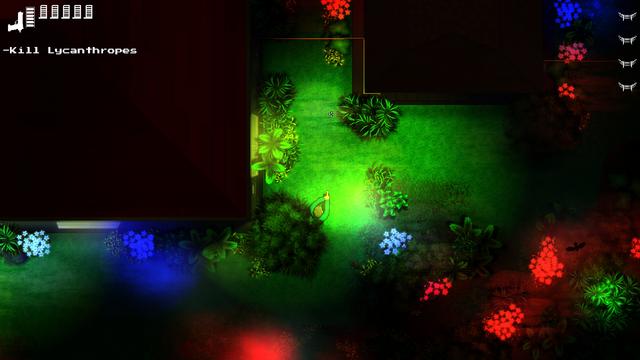 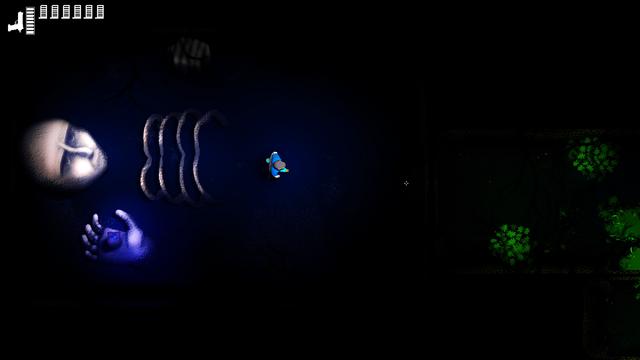 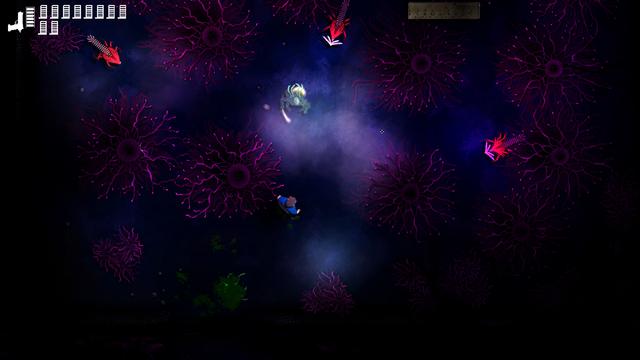 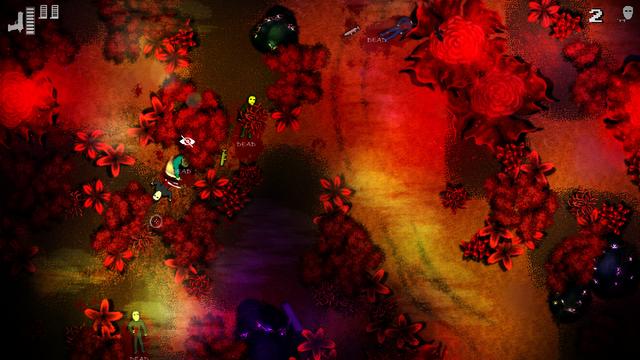 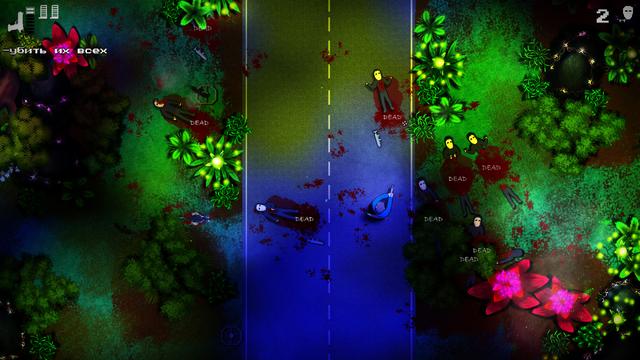 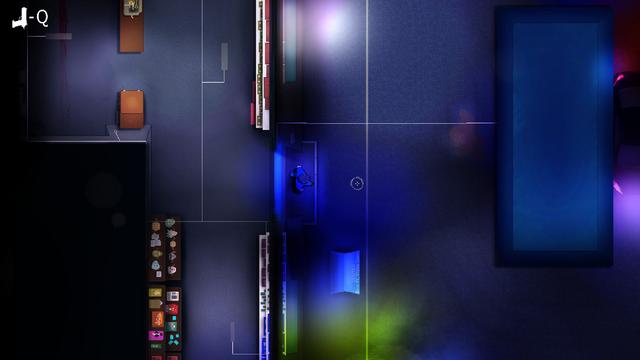 Hi,
I install the game but there's no way to started. I have the "Out of memory". I try in the mode of Vista second pack. Still not working.
Thx for your help


Hi Jacques, Sorry for the delay in replying, I was away from home most of yesterday.

Alternatively it may be that your drive is badly fragmented. Using a disk defragmenter should cure this problem (It's a common error in win 7 with badly fragmented drives).

Pic Navi - GPS from pics
Pic Navi is a full sized photo viewer that tells you when and where the pictures were taken.
$2.99 ➞ free today