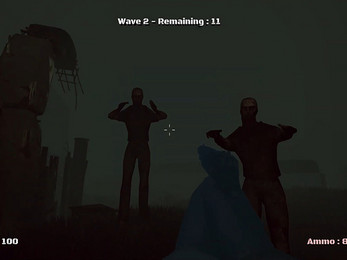 Game Giveaway of the day — Death In Fog

Download trialDeath In Fog
Today Giveaway of the Day 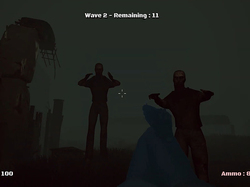 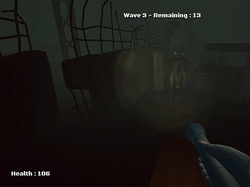 First, a thick fog fell on the ground. Several days passed, but he did not disappear, and the sun did not appear. Then people started to get sick and die. But this was not the worst. The dead began to come to life. Live like a zombie. Attack healthy people and eat them. You are a former soldier and know how to hold weapons. Fight off the waves of the walking dead and give people hope.
Control Keys:
F - Pick Up Weapons, Ammo
1,2,3 ... change of arms
WASD - Character Movement
SPACEBAR - Jump
SHIFT - Sprint
Esc - Exit to Menu
LMB - Shooting

Comments on Death In Fog

I'd love to see a lot of Jurij's the games combined into a single game with lots of levels. Personally I think it would add to the overall kudos for Jurij. As they stand they are just single level arena levels. They could be much more. :)

Prison Architect is free over on GOG at the moment:

The board is quiet and I just wanted to say thank you to jurij for generously giving us these games and to the GGOTD team for facilitating them. The gameplay videos are a big help, I wish all giveaways posted them! Your graphics are very good!