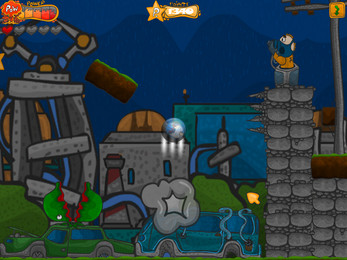 Game Giveaway of the day — Torkven 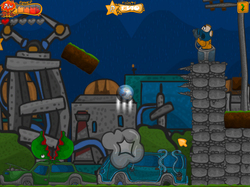 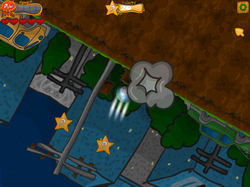 On a small planet very similar to Earth, a disaster has struck, a nuclear warhead. It has changed the planet beyond recognition. Plants and some animals began to mutate and gain intelligence. Now, their power is enormous, and they begin to destroy everything. You play as Torkven and you alone must save the planet from evil. On the road waiting for our superhero are many carnivorous plants, hazardous mechanical devices, mutated frogs and traitors.. Torkven fights deadly battles with terrifying commanders of the forces of evil who have the power to destroy his country and its innocent people!

How would you improve Torkven?
All ideas (0) Top five ideas Searches Leave feedback
No similar feedback found. Feel free to add yours!
Leave feedback Go to the project page › 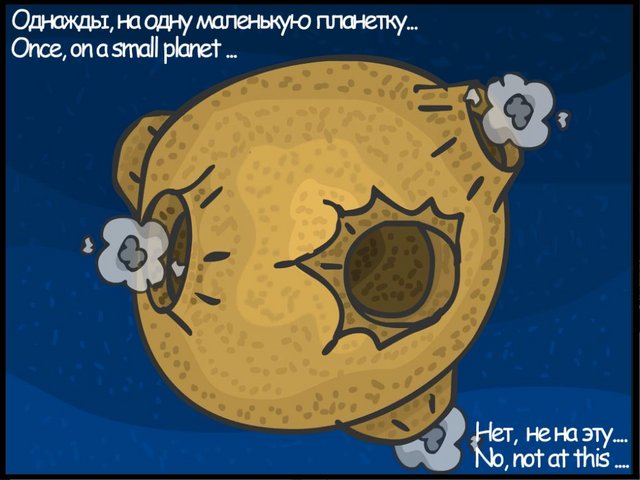 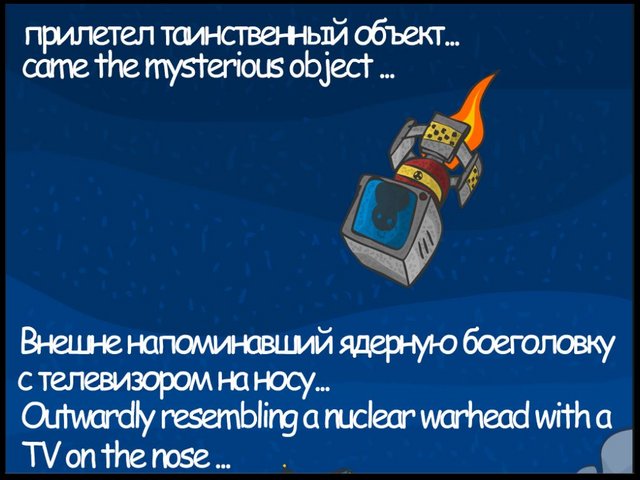 In Brief:
Torkven was created using the Unity engine and is a action platformer. Following the devastation after a nuclear strike that changed the face of the planet and caused many things to turn evil.

The aim of the game is to help Torkven who is loaded into a globe like rocket ship save the planet by killing all the enemies such as the carnivorous plants, hazardous mechanical devices, mutated frogs and traitors and collecting anything that is collectible before reaching the end of each level. 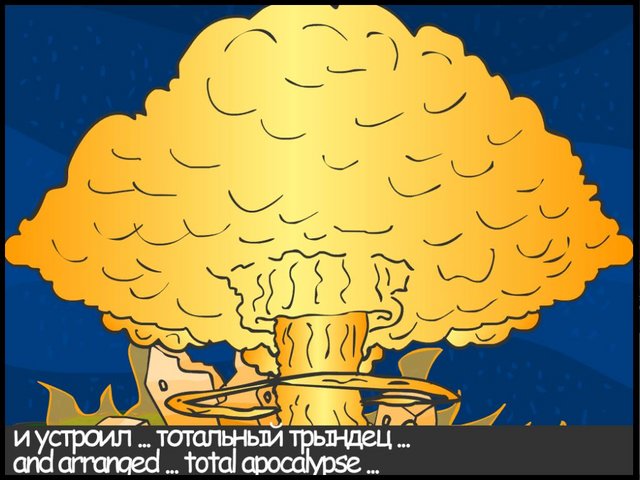 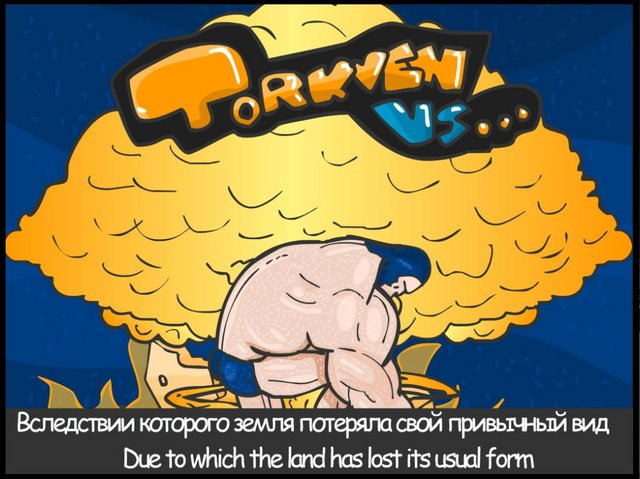 On starting the game you are presented with a help screen that lists both pictorially and text based each of the bonus's that can be collected, for example a bonus for recharge power and recharge points as well as destructive power ups that enable Torkven to destroy specific objects such as the mechanical devices (spikes and saw blades) or mutated enemies. There's also an invulnerability bonus that gives Torkven an invulnerability shield and a collectible in the form of a page.

From the main menu page you'll see a button in the bottom right of the screen called Collection, this shows six spaces for collectible pages, which would indicate that there are six levels to complete before finishing this game.

There are two buttons to the top left of the in-game screen the first turns the world perspective three ways (denoted by arrows and called Torsional mode of the head) the second is the difficulty setting (Easy, Medium and Brain f*** - I'm sure you can guess what f*** means).

Collect the stars i.e. bonus points that fill up the points score located in the top centre of the screen and recharge power bonuses to see the power rating in the top left of the screen fill up. Each level has one collection page to find as well. 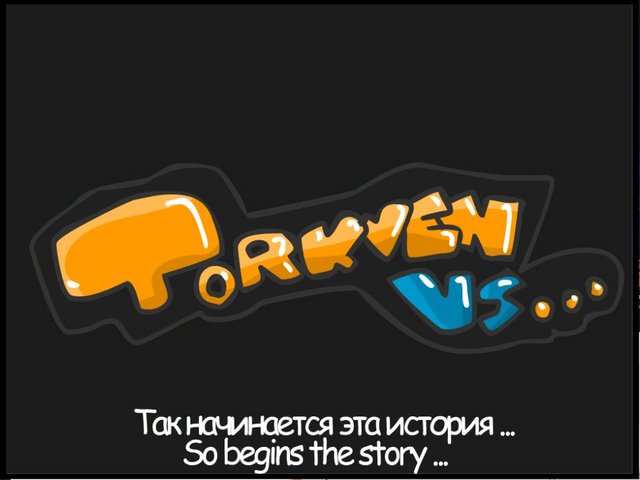 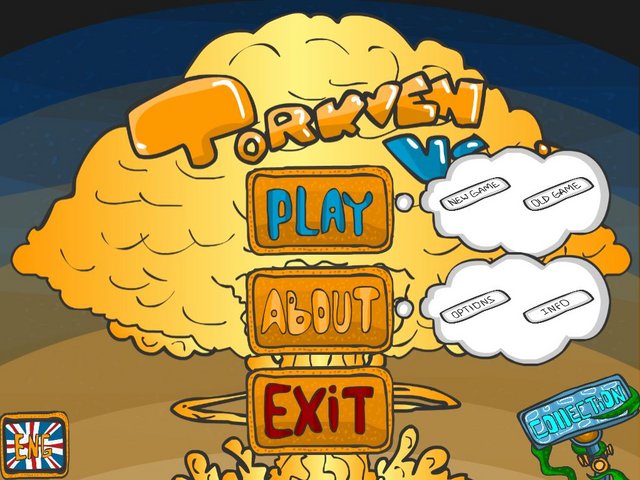 Use the WASD keys to move Torkven., watch out for spikes and other (hazardous mechanical devices) as well as various enemies mentioned above.

Once you've completed a level your progress is saved, and you can restart the game from the beginning of whatever level you left the game at. If you press New Game any progress that was saved will be wiped. You can choose the play the game in English or Russian. The initial storyboards are in both English and Russian.

You can see a video of game play HERE. Apparently, there's also a follow up called Torkven 2. 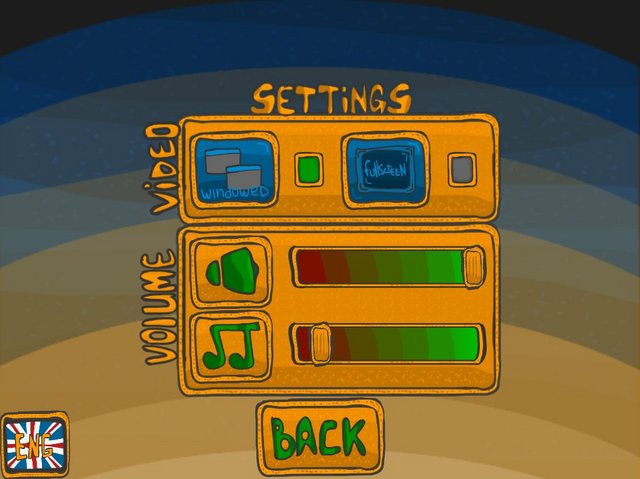 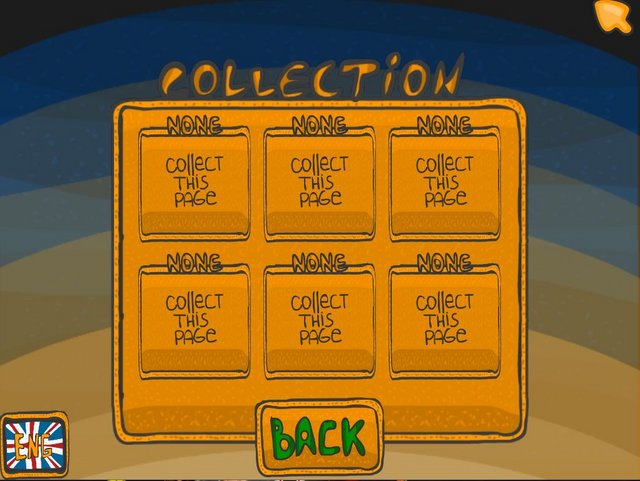 Conclusion:
Torkven is a very colourful well-constructed platformer with some interesting level designs and challenging levels. The introductory story board has some grammatical errors, but most of the text based stroy is understandable and takes little from the game The actual storyboard imagery is excellent.

This is an excellent coffee break game that should keep you entertained for a few sessions. I do think six levels is quite short and maybe the developer should consider combining the second game with the first. I believe there are two more versions of the game one being an android game but couldn't find much evidence of either in the short time I searched this morning. 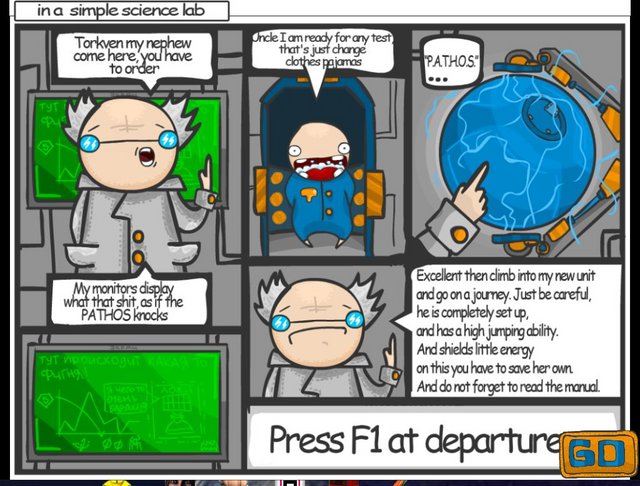 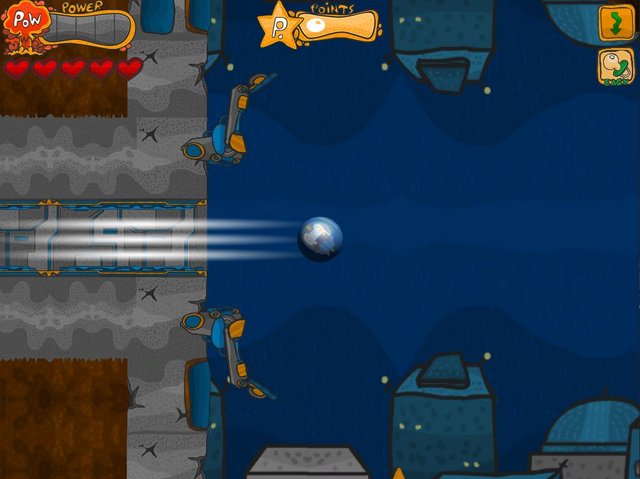 I enjoyed the limited time I've had to explore this game and would recommend it to any platform aficionados. If, like me you aren't very adept with platformers, I'd play the game on easy on your first play through. I found the hardest difficulty setting a little mind numbing with the constant movement of the level but does make the game a lot more challenging than the easy setting.

I'd score this a 7.5 out of 10. I'd score it higher if there were more levels included.

Please see my next comment for details of the security scan 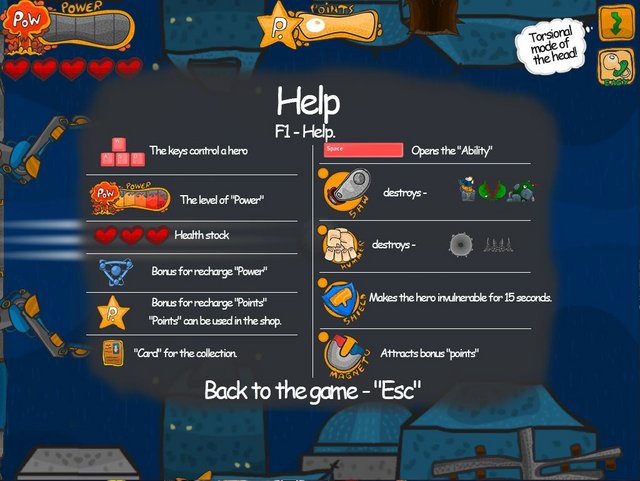 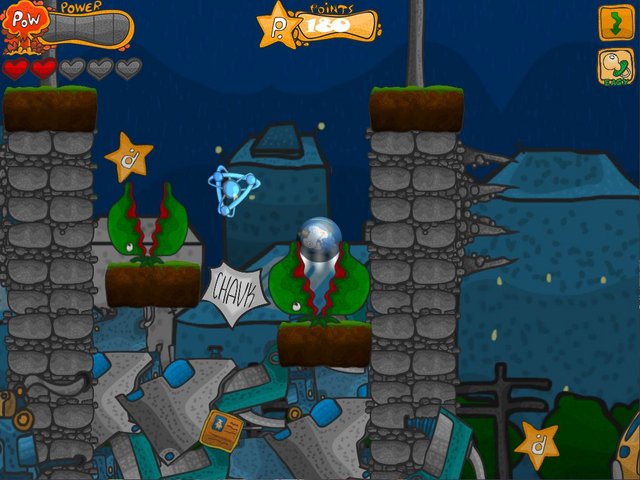 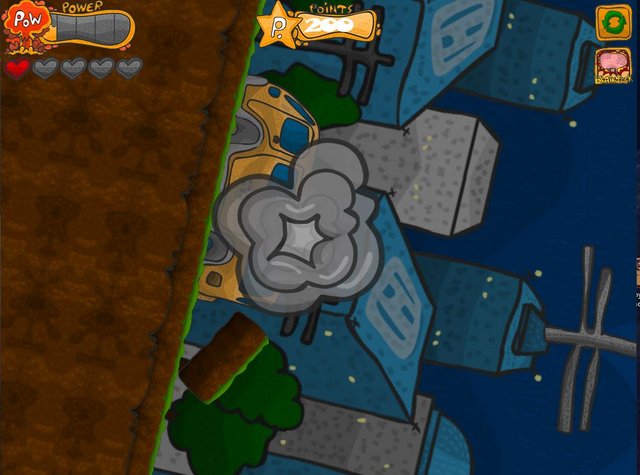 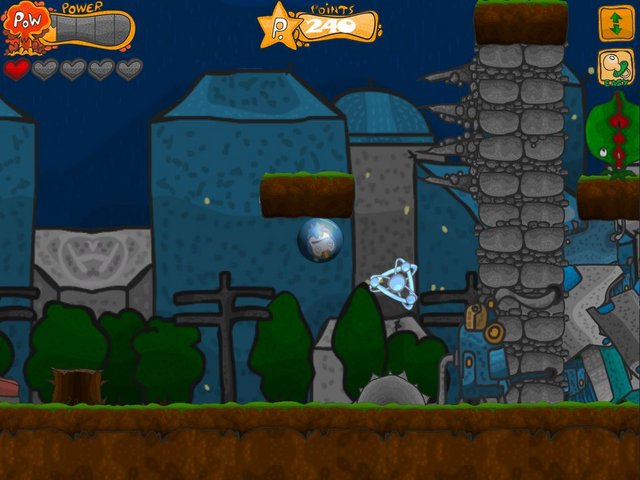 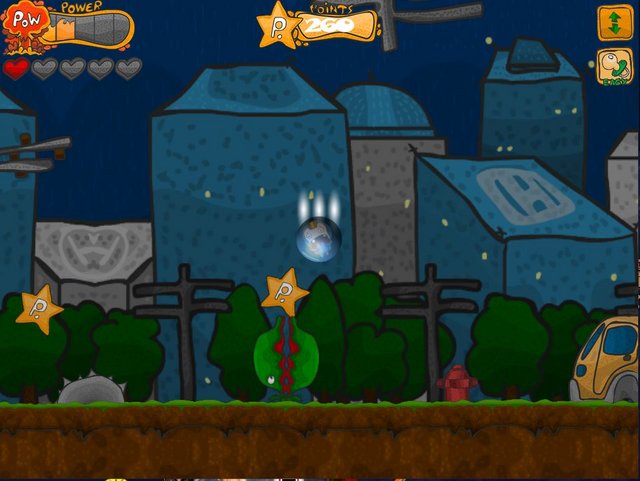 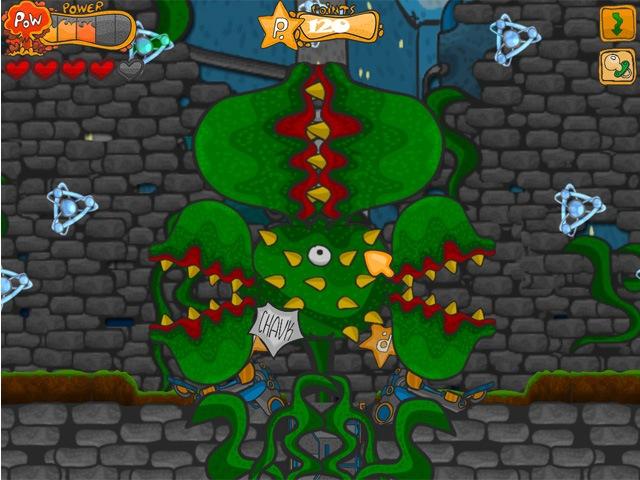 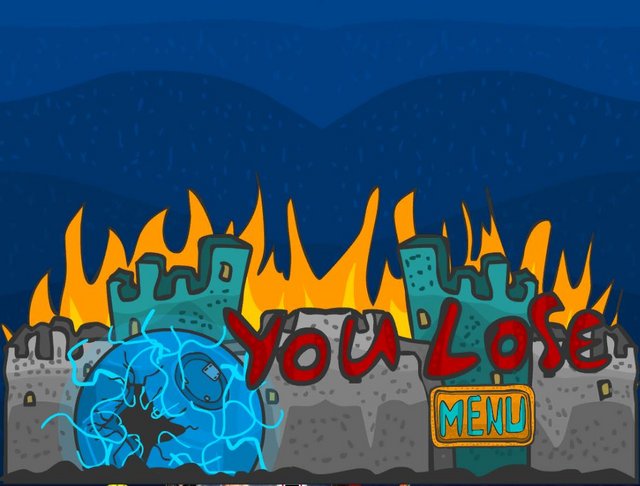 Notes on Security
I scanned a zipped copy of the installed game using Virus Total and it found one hit (VBA32) from 62 antimalware engines. VBA32 is amongst only several antimalware suites that often tag Falcoware Games compared to better known and more reliable antimalware engines; so, it's very likely to be a false positive.

You can see the result of the scan HERE

The installation DOES NOT inject any malware into your system. When your browser is opened to Falcoware's home page following the games installation, it earns Falcoware games some money, part of which is given to the developer of the game for allowing the game to be given away for free. Once you've installed the game, there are no more browser redirections. This is because Falcoware removed their installer almost two years ago (that installer would show an advert for a game while the game was loading (which always took about 20 seconds to ensure you'd seen the advert). It would also always open your browser each time you closed the game after playing it.)
If you're still not convinced of the games efficacy and want to be absolutely sure that the game is safe to install, please use a sandbox program to check that the game is safe to install before installing it to your C drive or other drives on your computer (assuming you have more than one drive).

Personally, I've never had any issues with any of falcowares games, even when the Falcoware installer was included.

I just wanted to add that a hot new demo dropped on Steam - Resident Evil Village. It appears Capcom released a new demo of the game that is in the first and third person genre. However the demo comes with a time limit - 1 hour. You can find this demo here but the system requirements are pretty steep as its a next gen game. Still they have the demo for XBOX One users as well as PS4 users for previous gen consoles. From what I understand if you've already played a demo of it in the past you can't play this one reading up online on the search results.

Thanks for the heads up.

I almost purchased a Steam key for the full game earlier today. I received an email form CD Keys saying it was my first-year anniversary from buying my first CD Key, so they would give me a further 7% discount on a Steam key. Village was discounted by 70% to £14.99 (usually £32.99) with a further 7% off, but I decided against it as I'm so far behind with my backlog, I've still not played the last two Resident Evil games I bought. I'll wait until Steam have a decent deal on the complete package in a few years. In the meantime, I'll check out that demo.

This game has a very interesting concept and gameplay mechanic to succeed in levels. It makes me think it's a free-falling marble roller with gravity applied to it.

The game is way too hyper for my preference, especially at 4am in the morning. You will spend time and time again getting the controls down just right in order to do good in the game.

There are no options really to configure here but if you really want full screen without the borders you can Alt and Enter and the window border goes away.

The games graphics are pretty nice though for what they are but the story line I giggled a few times.

This game is in need of a speed limiter that allows one to have the globe slow down just a bit to get a feel for how this game plays.

On a side note if you do like Marble Rollers, there is a game called Hamster Ball for PC and also a game for SNES called On The Ball which you move the ball to the exit of the level. A caution of warning, On The Ball may cause nausea because of the way the the levels continuously rotate.

This game is something that can be checked out by you to see if you like it but it's not going to be for everyone due to its difficult nature.

I lover marble rollers. The first game I ever purchased for my then 5-year-old son was Marble Blast Gold, which we still play occasionally.

I have quite a few marble rollers, including Hamster Ball (I've not checked the provided download page, but you can also play it online). I used to have one called Switchball, but the site I purchased it from no longer exists and it was one of those games where you had to apply for a new code if you reinstalled it on a new computer.; thankfully I recently saw it on Steam, but a revamped version called Switchball HD, which I intend to get when it's next on sale. Marble Skies is also a decent one on the style of Marble Blast, but a much more recent release. Another early marble roller; that, at the time amazing graphics was Madballs in Babo:Invasion.

Marble Void and Marble Mountain are also worth checking out, especially as it's only £0.79. I counted over 30 marble rollers on Steam HERE.


Marble Blast despite it's age is still one of the best marble rollers IMO.

You can download a copy of Marble Blast Gold from a site dedicated to the game. I think the original developer, if my memory serves me, was called Garage Games. I don't know whether it's a full version or a demo, but you can get it HERE. I downloaded it just to test its efficacy and Virus Total gave it a clean bill of health from 62 antimalware engines. You can see the result of the scan HERE.

Finally, if you like a combination of Marble Roller and Pachinko, then Marble Mayhem: Fragile Ball is a decent one the check out

(edit: yes, it was Garage Games, I just read the article via the download link.)