Game Giveaway of the day — Search for the Wonderland

Search for the Wonderland was available as a giveaway on August 2, 2020!

Download trialSearch for the Wonderland
Today Giveaway of the Day 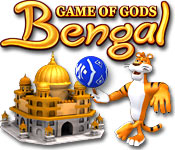 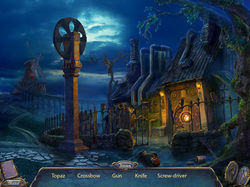 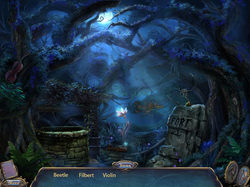 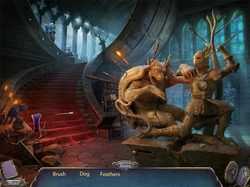 Do you love HOGs as much as we do? Do you count yourself an expert? Test your speed with non-stop, round-based hidden object scenes! Find objects quickly to boost your score and earn stars! If playing against the clock isn’t your thing, enjoy the game in relaxed mode.

How would you improve Search for the Wonderland?
All ideas (0) Top five ideas Searches Leave feedback
No similar feedback found. Feel free to add yours!
Leave feedback Go to the project page ›

Comments on Search for the Wonderland

I had issues the first time this was given away via MyPlayCity, but did finally get it to work; today I can't get the TooMky Games to work at all. There are several community members reporting the same , so there has to be something wrong with this game. I'm running Win 10 Pro 64 bit

Today's giveaway was originally given away on the 28th October 2018 HERE, where it received a positive 70% from 37 votes, with 31 comments. I'll post some images and videos later this morning. You can see my original comment via the link above. I wasn't able to play the game due to some issues.

The following is what I originally posted. I will update if I'm able to later.

I found the game virtually unplayable when it was given away October 2018, 'partly' due to the lack of an options menu, so have not posted a review; just a few videos and links to Big fish community reviews.

Search for the Wonderland 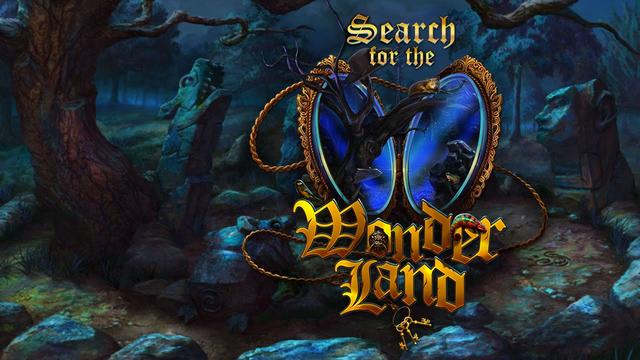 Search for the Wonderland downloads to a 73.2 MB zip file that unzips to three files, (a setup.gcd security wrapper, the set-up file and a read me). Those with multiple hard drives can save games on any drive they wish. The newly installed game is 95.1 MB in size. The game installs to the following path by default, but can be changed by the user if you prefer:

Four shortcuts are installed to the desktop, three of which can be safely deleted (Play Online Games, MyPlayCity Games and shortcuts to a free online game which vary each week). Also, if you don't like icons installed to the quick launch task bar, make sure you uncheck the box when the additional tasks window appears (after the Select Start Menu Folder window) 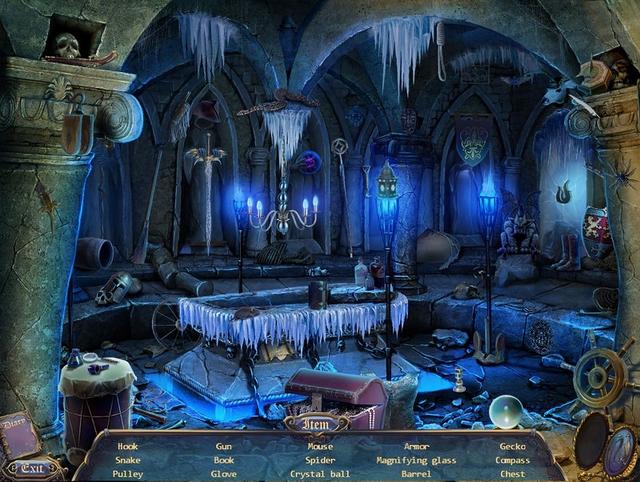 Explore the eerie locations in the hidden object game Search For The Wonderland! It’s time to dive into the dark yet miraculous world of sinister locations and numerous hidden object scenes! Launch the game Search For The Wonderland if you are not fearful and dive into the depths of gloomy yet picturesque world! What will be more captivating than looking for lost items from the list? So don’t waste a second! Choose any location you like: there are lots of them! Go to the devastated Railway Station, visit the dangerous Doomed Swamps, or appear in the Lost Prison. Or maybe you prefer something gloomier? Then the Sanctuary, dark Crypt or thick Forest are at your disposal! Go to the chosen location and you’ll see a list of items to find. Do your best to find everything the quickest possible and get lots of rewards! If you are stuck, use a hint at the bottom right corner, but keep in mind that if you manage to finish the task without using hints, you’ll get extra rewards and your high score will be better! Choose either the Hardcore mode, or the Relaxed mode. 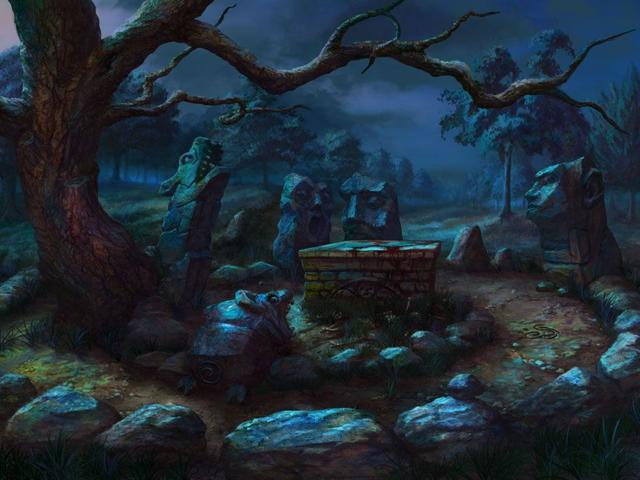 Other Reviews and Videos of Search for the Wonderland:

You can see other short reviews of Search for the Wonderland
HERE (go to bottom of the page).

You can see a few in-game videos of game play HERE, HERE and HERE. 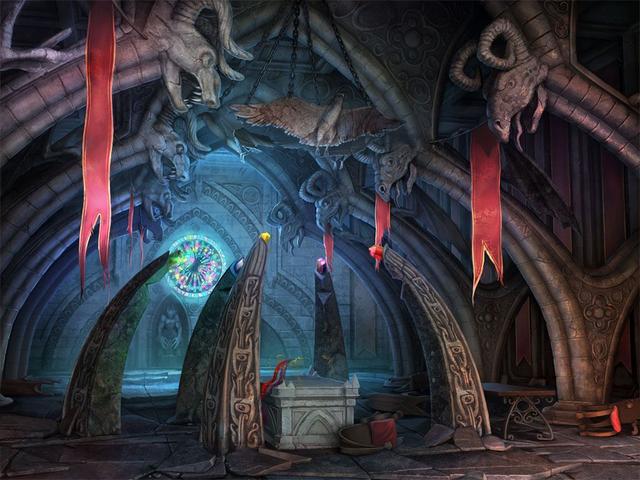 I didn’t like the fact that there was no ability to play the game in a window, however the 66 separate hidden object scenes were accessible right from the outset, which for me was a refreshing change from the usual formula of unlocking different scenes by completing the previous scene first. Otherwise an average Hidden Object game. 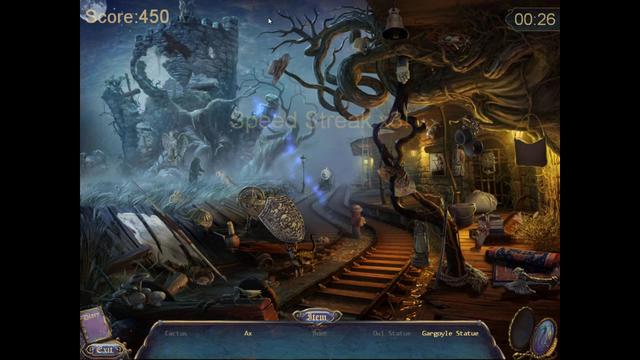 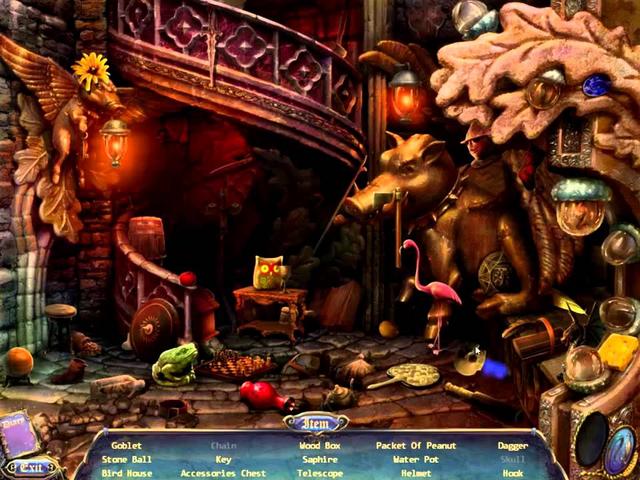 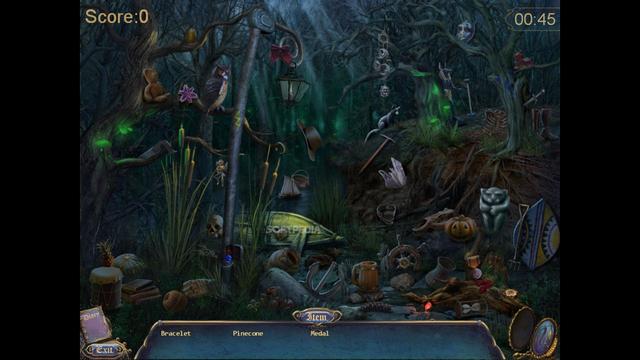 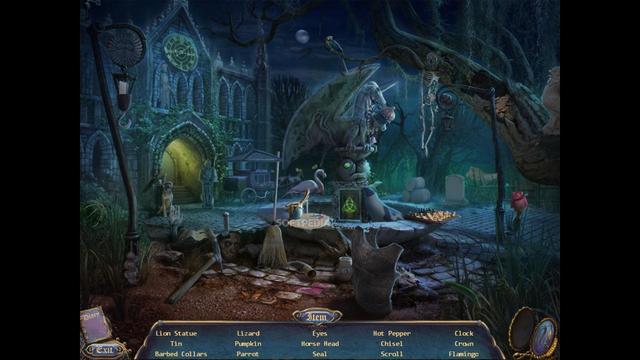 Don't forget to check out the giveaway forums. Delenn has usually posted the latest freebies. The latest Epic Games are now live and include: 20XX (A rogue-like action platformer), Barony (A first-person rogue-like with co-op) and Superbrothers: Sword & Sworcery EP (A point & click story rich pixel fantasy with a female protagonist). The total cost to buy these would be over £27/$37/€33. Next week we get Wilmot's Warehouse - ( a puzzle game about keeping a warehouse running in tip-top shape. Just remember where you put everything, because when the service hatch opens, you'll need to find the things people want quickly, to earn the coveted Performance Stars).

Just pop over to the game discussion threads HERE and HERE for links to most of the free games.

The Indie Gala developers freebies are available HERE (latest additions) and HERE (81 games in the Showcase, most full versions). Recent additions include Snow White Solitaire Charmed Kingdom, Adam Wolfe (Complete Edition), Spirit of Xanadu and three games from !C's catalogue of RTS (real time strategy) games: Real Warfare 1242 - (the Mongol Horde attack the huge sate of Russia during the XIII century, the game is based on authentic historical events), Cuban Missile Crisis: Ice Crusade - (what if the Cuban missile crisis had resulted in a World War III) and Theatre of War - (a real-time tactical strategy title depicting the most significant battles of World War II during 1939-1945.), plus a couple I've previously missed in the showcase section called Temper Tantrum and Last Man Standing).

I downloaded directly from Toomky Games and received the same error.

This comment is late, so likely won't be read by anyone, but....

The game Dled and installed and ran perfectly for me on W7. Yes, there is only on/off for volume, but it was easy for me to adjust my speaker volume directly.

But I don't really think this is a game. It's like a group got together to design a game, and there were those who were to write the story that drove the game, and a team to come up with the clever puzzles the players would have to solve, like, oh, using several items to melt some metal and cast a key you need. And another group who would create the little interstitial games, the 'assemble this jigsaw' or 'play this concentration game' or 'arrange pipes so water will flow. Finally there were the artists, who created the fabulous background scenes for the HOG scenes, and probably the hundreds of items that would be hidden in them.

Then everybody except the artists got mad and walked away from the project.

And to salvage something, they built a directory so you could jump to each scene and hunt for the objects.

And that's all you can do. There's no story to draw you along, there's no mental challenges, no little puzzles to break things up. You just hunt for a list of items, over and over and over.

Mind you, the scenes I've sampled are all beautifully drawn, atmospheric, intriguing... but even if you are content to do nothing but hunting for hidden items over and over, there's no payoff for it. I must have played nine or ten scenes, jumping about randomly in the list. Each time after finding the last item it informed me that my score was 1500 points, and one of the five empty circles in the end box was lit up. Every single time the same score, the same one out of five 'rating'?

It did not matter how fast I found the items, or how slow. (In one case I was called away for lunch, leaving the scene hanging open partially solved for over an hour. Still got the exact same score.

Also, although the intro says there is a penalty for using hints, that seems untrue. I still got the same score when I solved a screen with no hints, or deliberately used a dozen. It doesn't matter a bit.

You can replay individual scenes, and the assigned list will be somewhat different from the first time, though objects will remain in the same place in the picture. And, again, you will receive the exact same score.

Basically, this isn't a game. There's no winning, no trying for a perfect score, no need to find the solution to the story. It''s just find some objects, over and over and over. Which, I guess, is okay if you are mad keen on the hunting object aspects of games. Otherwise, this is a total disappointment.

Thank you for your excellent feedback Susan, appreciated. :)

Tip for all. You can download a copy from MyPlayCity which will work.

How is this getting 13 thumbs up and 2 thumbs down when all 14 comments are about how the game won't even install properly...?

Same here,
will not install successfully.

"No third-party advertising and browser add-ons!" BULL!!! All I get is a link to the developers website. The game is non existent. Really cheap guys. REALLY cheap!

I have installed this game twice, with the same result. Once installed, I click on the shortcut and it only takes me to this url: https://toomkygames.com/download-free-games/play?g=search-for-the-wonderland. After the first install, I uninstalled the game and reinstalled it. Located install folder and clicked the .exe file. Again, it opens the same link. Any suggestions on how to fix this?

File downloads but will not open

Could not get the game to launch at all. It just keeps taking me back to the Toomkey website. I downloaded it twice and still no luck. bummer.

I have tried twice today to download this and open it. Both times it returns me to this page with an error code 404- page not found.

Impossible to lower the sound in the game :(

It says 404 Error after installing.

For the last several games, I needed to allow Setup.exe through the Windows Defender Firewall when installing. For this game, doing so still does not allow it to connect. I get the message, 'Failed to connect. Please try again later.'

I tried completely shutting off the firewall and anti-virus completely and I still get the same message.

Anyone have any thoughts on a work-around?

1001 Butterflies
Discover more than 1001 unique butterflies wherever you are!
$0.99 ➞ free today

Spin Twister
Lost the spinner board? Broke it? Just sick of it getting stuck?
$0.99 ➞ free today