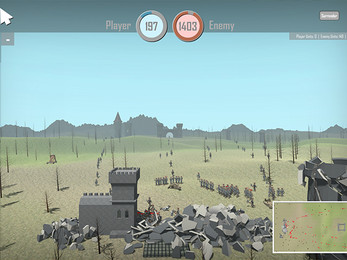 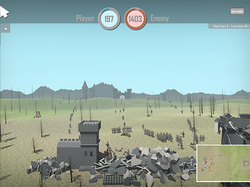 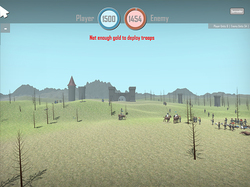 Kings Battle is a new, unique game about medieval battles that incorporates the best of economics and real-time strategy.
Fight against different warriors and heroes. Build your great empire and fight against everyone else. The strongest will win!
You have workers, infantry, archers, cavalry and even catapults at your disposal. Train units and upgrade them. Become the great hero King
Ready for a legendary battle?
An exciting battle awaits you. Siege castle. Immerse yourself in an era of legendary battles. Defend your castle from an onslaught
of enemy troops and invaders. Siege the enemy tower and destroy it to win. Use unique tactics for each battle and location.
Game features:
-Astonishing effects and animations
-Infinite survival mode
-Unique and new characters
-Astonishing HD graphics
-Hardcore gameplay
-New design

In Brief:
Kings Battle is an action battler where you have to create and distribute your army strategically to win each battle. 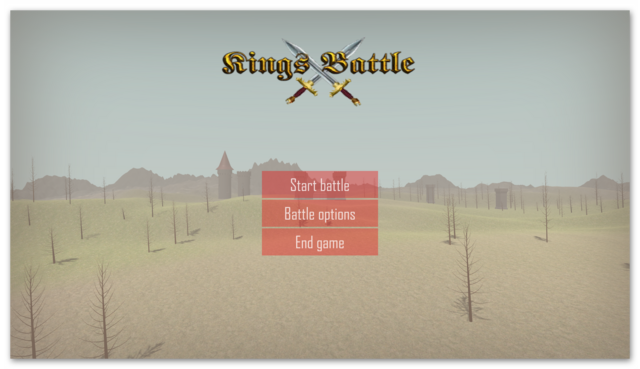 The Game:
You can get the gist of the game by reading the introduction just below the timer above.

The game is a cross between an isometric action shooter and a tower defence game; though you won't find any towers, just the ability to create more recruits for your army from fourteen different classes such as swordsmen, archers, cavalry and even what looks like a robot, but I suspect is supposed to represent an armoured knight. The tiny soldiers look like mine craft figures with square heads. To place them on the battlefield, first select which class you want, then, using your left mouse button, click where you want to place the new recruit. Each click of the mouse represents one soldier.

You can also select to bomb your opponents via the bomb icon at the top of the play area. Then place your mouse pointer on the battlefield; you'll see a red translucent circle that denotes the area where the bomb will have an effect, the closer to the centre of the blast, the more damage will be caused. Destroying enemies earns you cash to recruit more soldiers; some cost more than others, but the more expensive ones tend to have more hit points and better defences. Beware though as those bombs can injure your own soldiers as well.

You can see whether you are winning or not via the two counters in the top centre of the screen. These represent your Castles; as damage is incurred, the number reduces. Once it reaches zero, your castle is destroyed. and you lose the battle..

The aim of the game is to both defend your castle and attempt to destroy your opponents castle by employing strategies to both keep your castle protected and be able to attack your enemies castle at the same time. I found archers to be
good at keeping your castle well defended, with a few swords men to defend the archers. 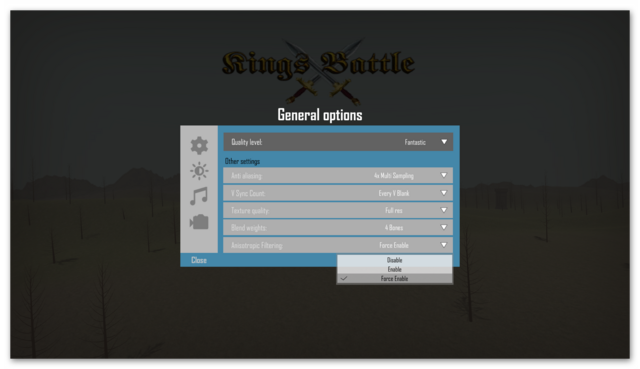 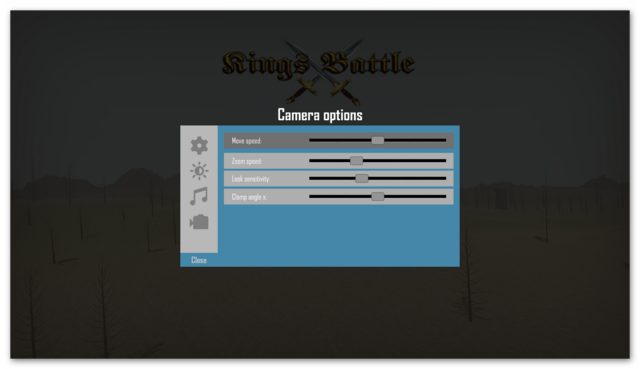 Conclusion:
The game is pretty basic, but is actually a decent coffee break game, with challenging levels (not sure if there are more than one?). The options menu gives you some control over the graphics with Anti-aliasing, V0sync, texture quality, blend weights and Anisotropic Filtering as well as contrast and brightness controls and camera angles.

It's definitely not a game I could play for extended periods as it's quite basic in its mechanic and scope, but it is fun to play. Battles are quite fast and you could say almost intense. You need to keep an eye on both your castle and your opponents and distribute your recruits between the two areas to ensure a victory.

Overall, I'd give this a thumbs up, and will be keeping it. The graphic is a little wishy-washy i.e. muted colours, but acceptable. I must say though that I do not agree with most of the features listed in the introduction above; i.e.
that the game has astonishing effects and animations, unique characters, astonishing HD graphics and hardcore gameplay. In my short 20 minute play through I was not able to beat the game, so maybe the hardcore gameplay could be forgiven, but the rest, no way; I have seen excellent Unity based games that look very professional graphically, but this isn't one of them. I also suspect that the listed feature 'infinite survival mode' may imply that there isn't many levels to this game. I may be wrong, so please don't quote me, and if proven wrong, I would appreciate some feedback on what levels there are. Thank you. I don't have the time to play the game further today.


are s I cannot agree that the 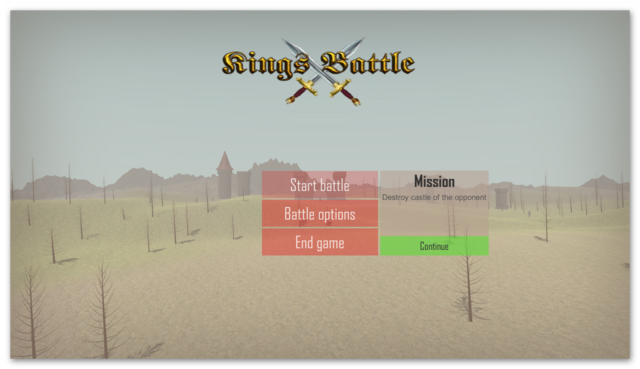 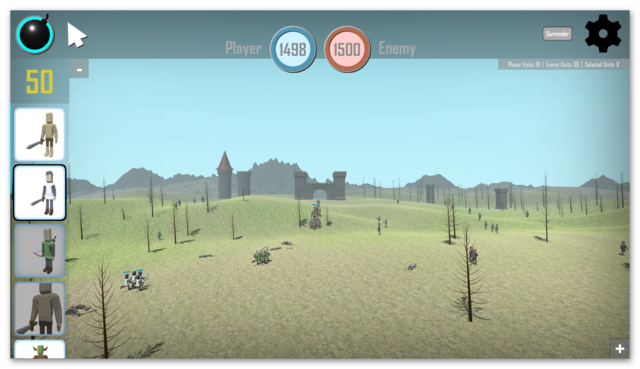 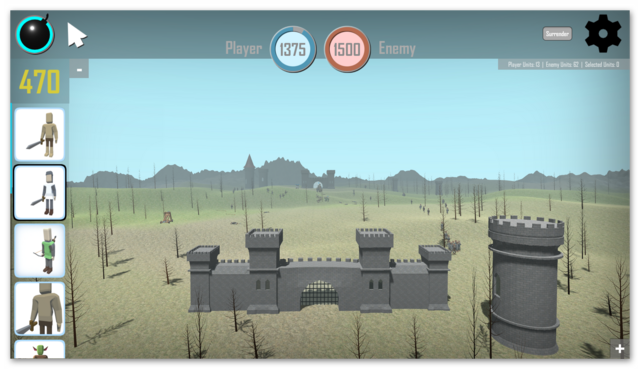 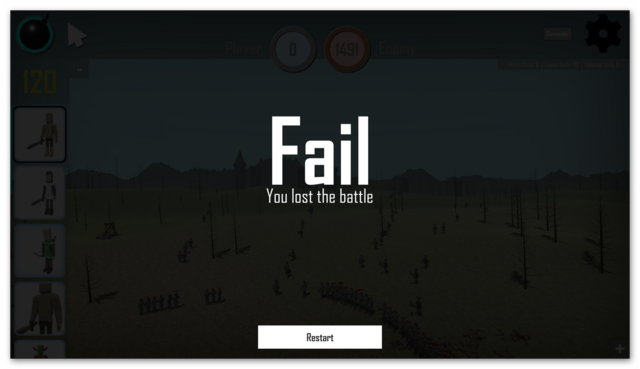 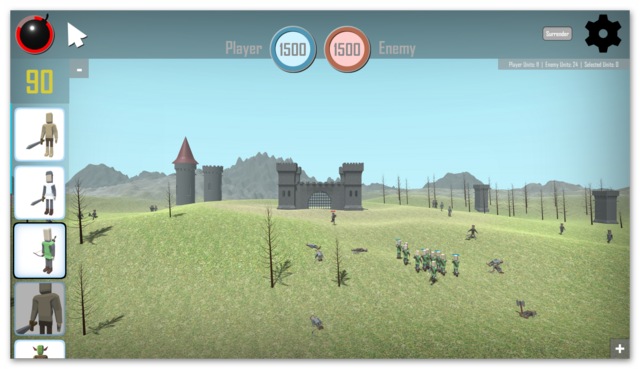 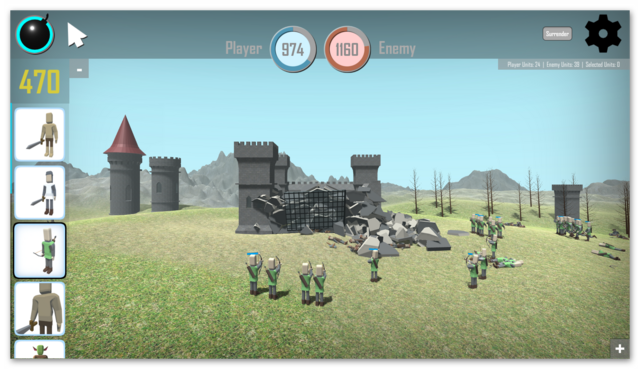 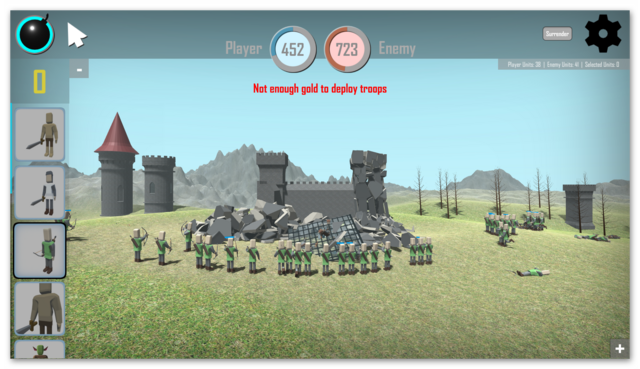 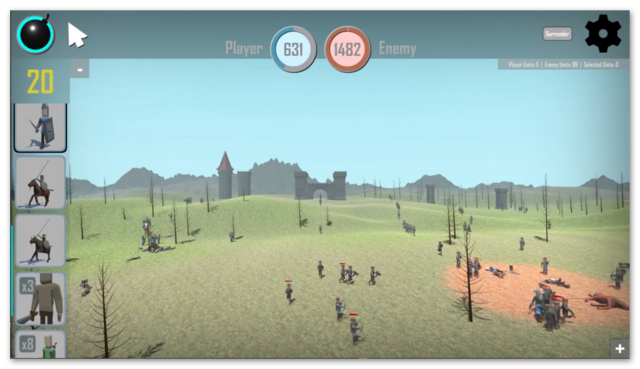 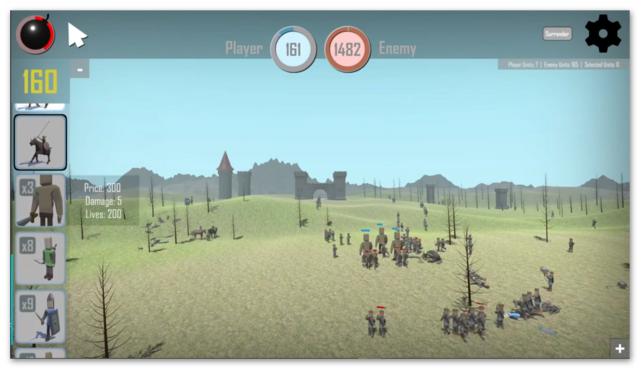 You'll find regularly updated details of all the reasonable game deals and freebies that I can find HERE; that. until now I've usually post in this comments section

This isn't my style of game, so I wont be downloading/playing, but I just wanted to point point out that "astonishing" isn't *always* positive. ;)

Jewels Classic Pro 2019
The power of magic jewels is in your hands!
$3.49 ➞ free today
« Camelot: Wrath of the Green Knight Story Of Kyle »