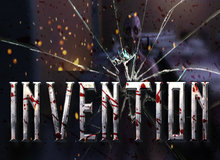 Game Giveaway of the day — Invention

Invention was available as a giveaway on November 16, 2021!

3D first-person shooter with RPG elements. Actions in the game take place on a mysterious island within a secret laboratory. In this laboratory, once working people were trying to give others super-abilities. However, they could not have imagined where these experiments led. The hero gets there as a result of a crash. In search of help, he finds the lab. Not knowing what was inside, he goes down in there ...

I'll add game information and more screen captures later today (if I wake up in time) :). Rabbit duty has seen me with only 1 hour of sleep since Monday morning; needs must. Sorry, it's now after 3am and not worth the time to play then write up a short review. I did check to see if this had been given away previously, but it didn't show up in my search, but apparently it was three years ago. 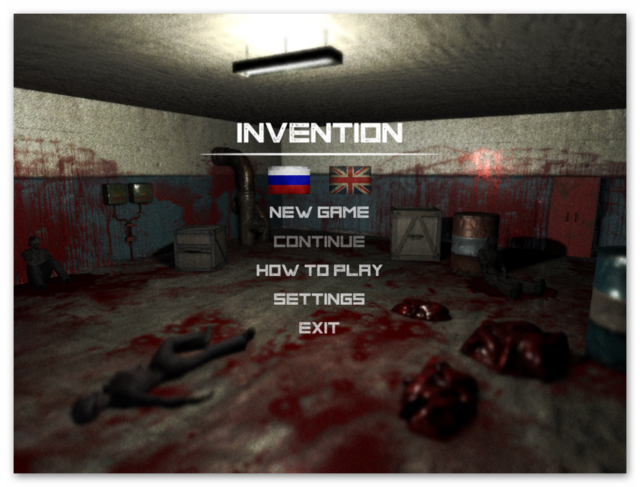 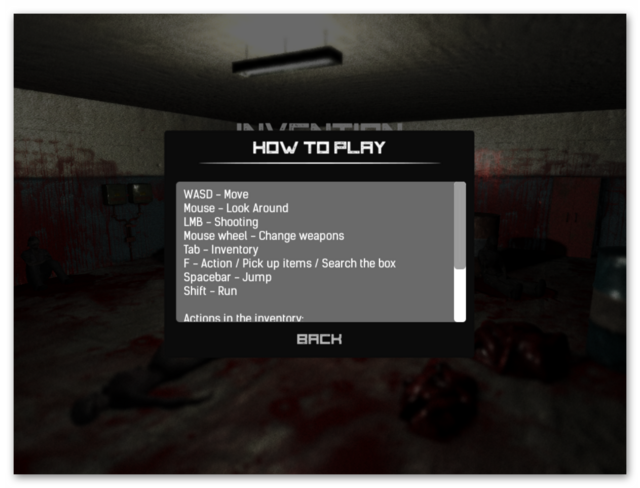 In Brief:
Invention developed by Ashoot is a 3D first-person shooter with RPG elements, that was originally released on Steam, but the developer was banned from Steam for unknown reasons, so all their games were removed. You can see the Steam community page for this game HERE; where you'll find community members comments, images and videos.


The game starts with a configuration window where you can select screen resolution, graphic quality, toggle full screen or window and select which monitor it opens to if you have a multi monitor display.

Introduction:
Actions in the game take place on a mysterious island within a secret laboratory. In this laboratory, once working people were trying to give others super-abilities. However, they could not have imagined where these experiments led. The hero gets there as a result of a crash. In search of help, he finds the lab. Not knowing what was inside, he goes down in there ...

The Game:
To be added later.

My first impressions; it looks okay, especially for free; but I've not had time to actually play the game recently. I recognised the game, but had forgotten I'd played the game via Steam, but not since December 2017. I've only just reinstalled via the Falcoware version and had a quick look/see. The game reminded me of some of the first games Falcoware gave us back in 2018 called Mission: Escape the Island 1, 2 & 3, though the graphic is much improved in todays game.

We were given the second in the series 'Invention 2' back on December 2017 and again Dec 2018. I got a steam key for Invention 2 via a Indie Gala bundle called The Indie Journey Bundle


Key Bindings:
See the second (above) and third (below) images for details.

Conclusion:
To be added later once I've had some time to play the game sufficiently to give a fair opinion. 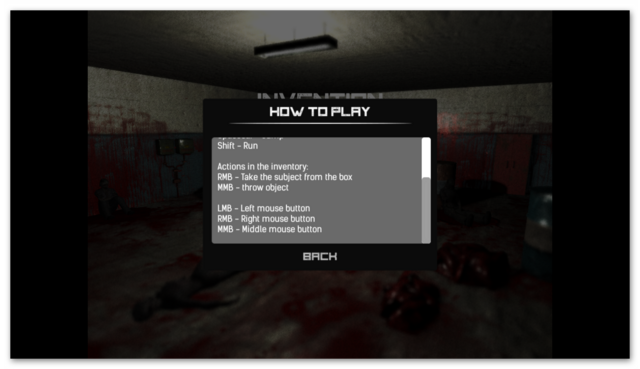 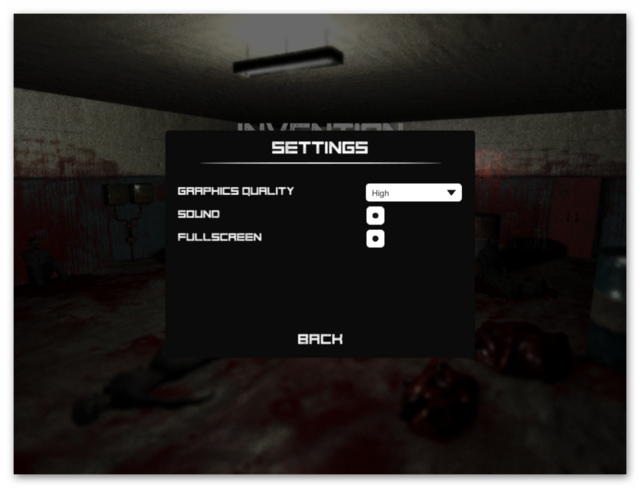 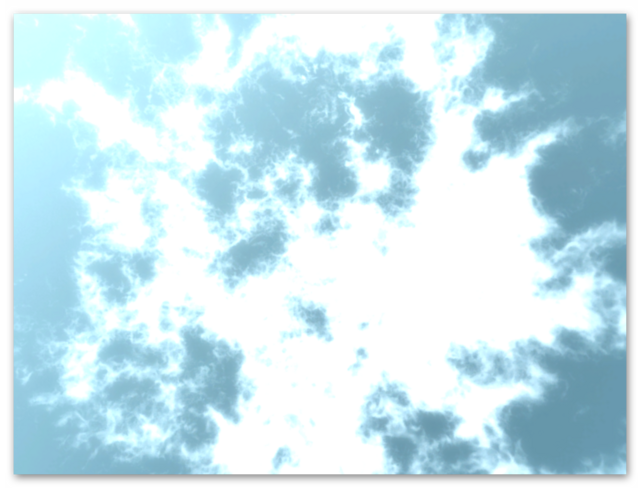 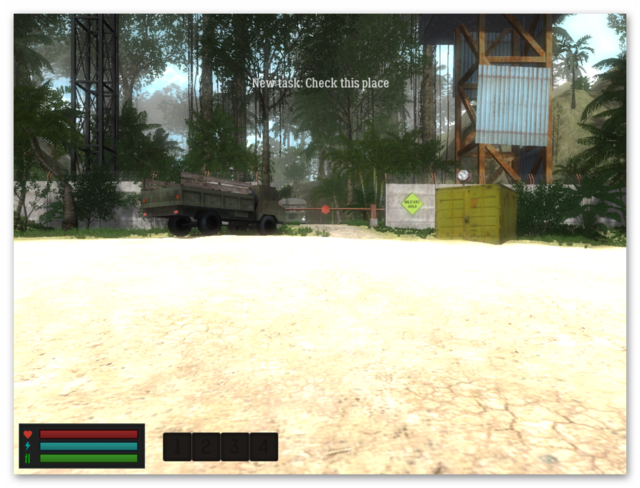 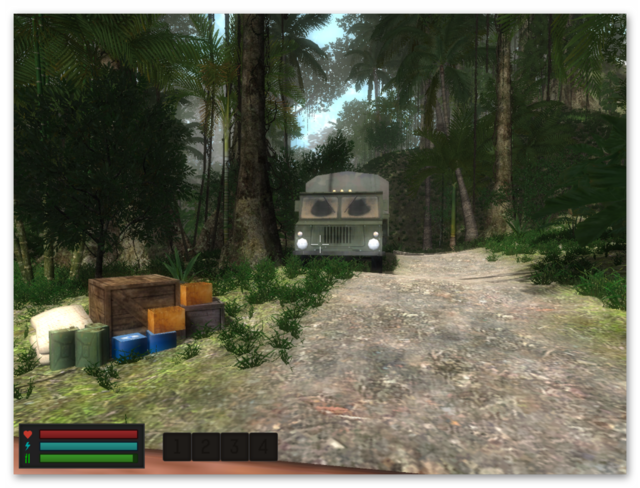 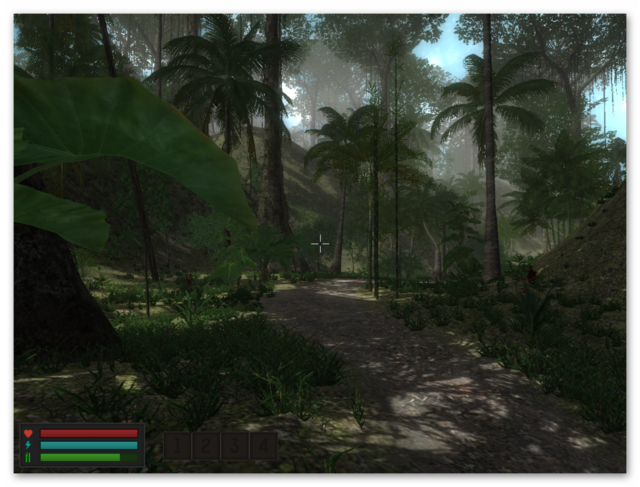 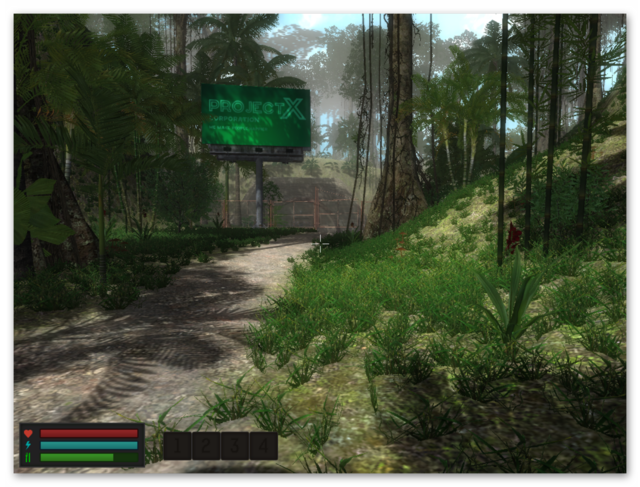 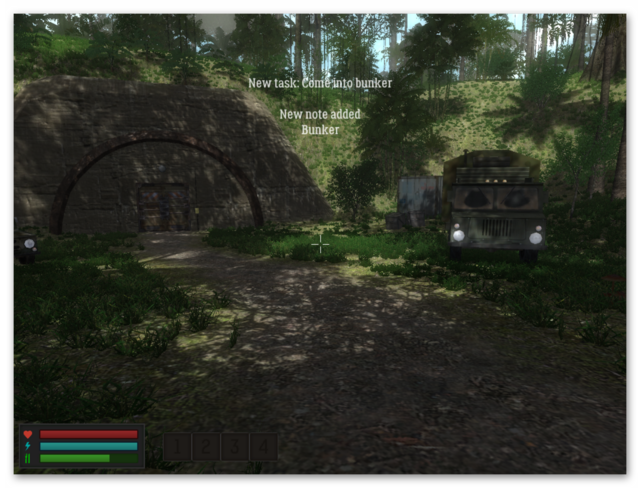 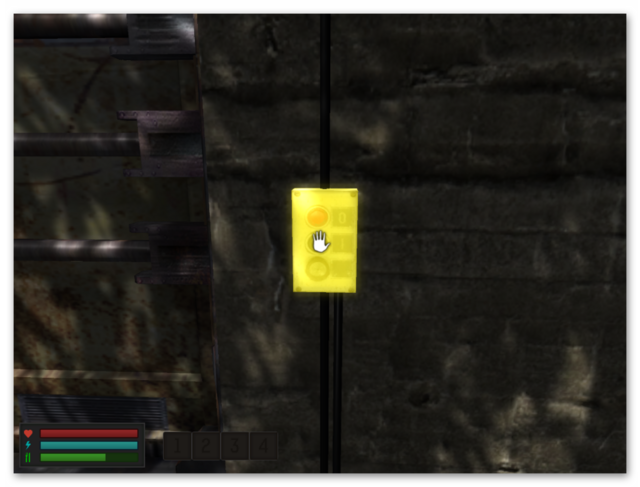 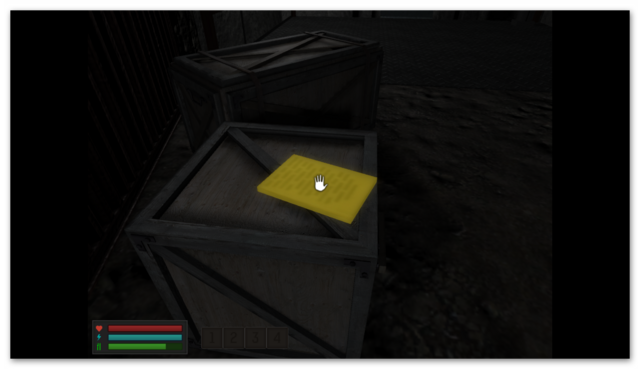 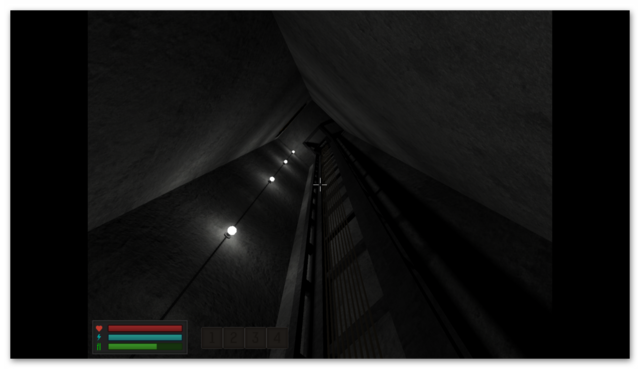 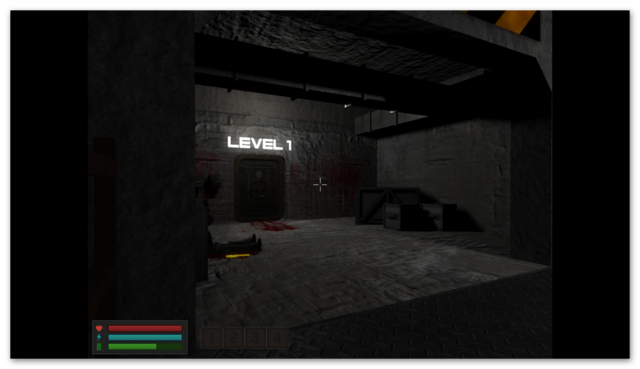 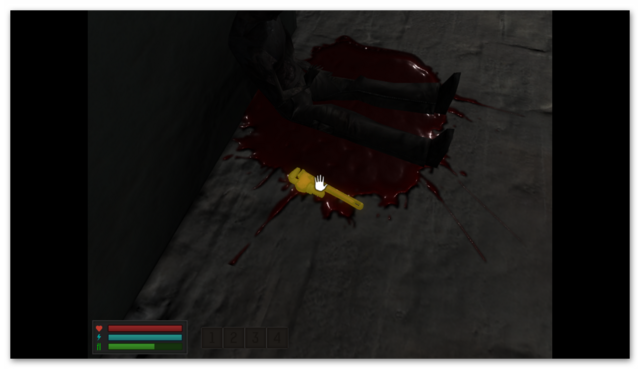 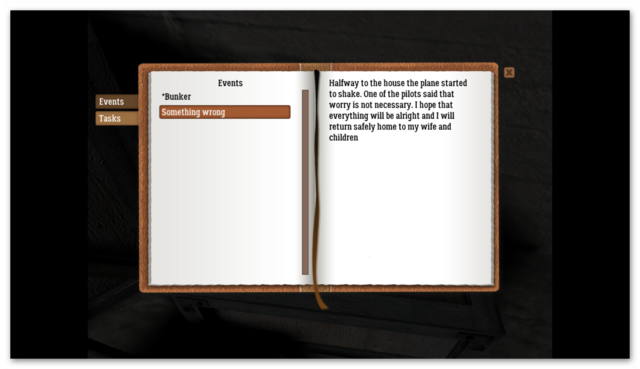 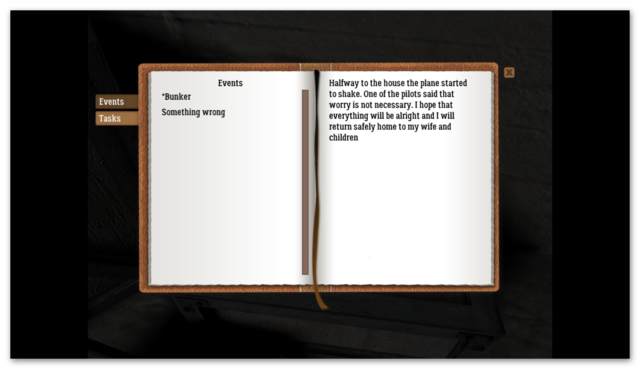 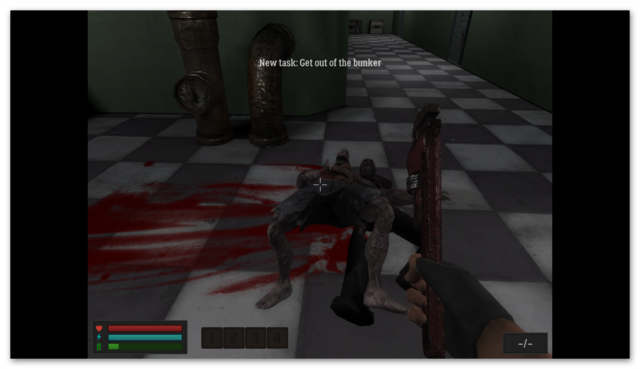 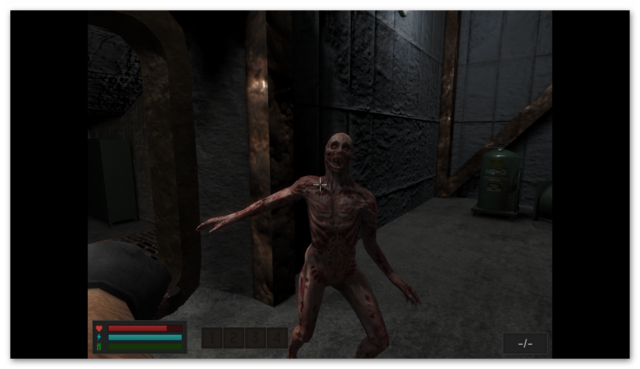 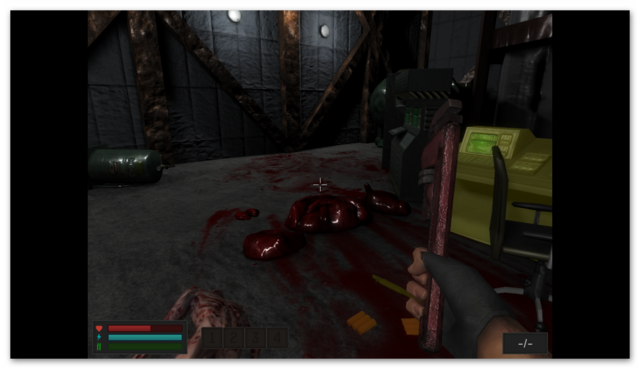 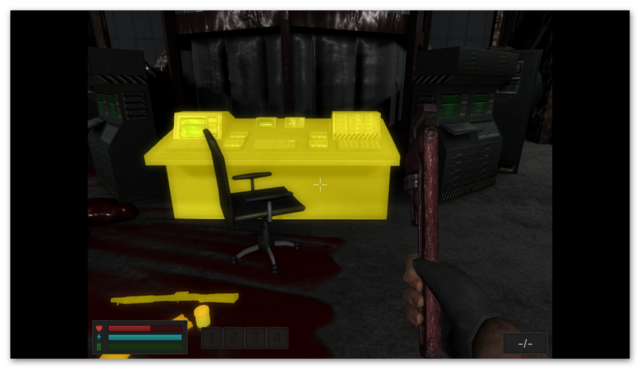 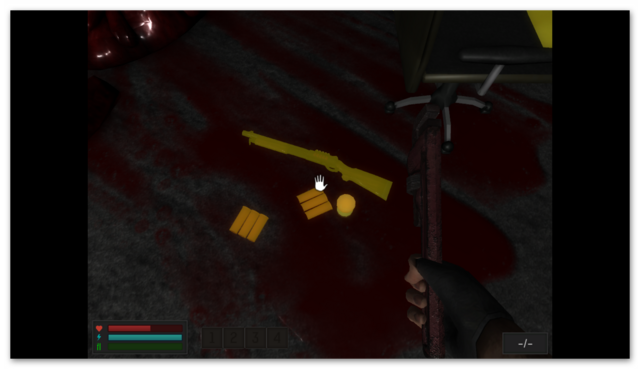 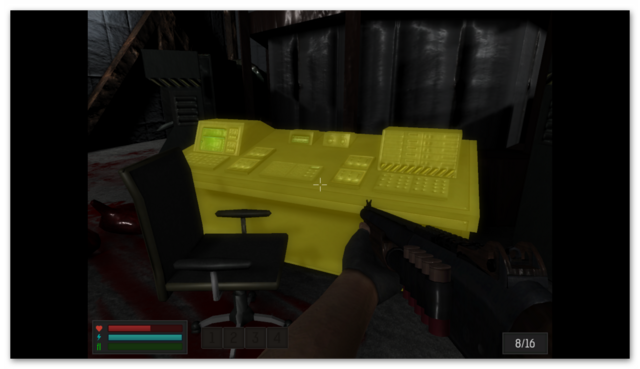 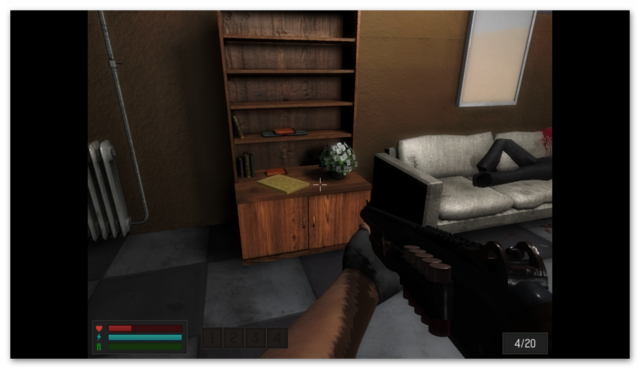 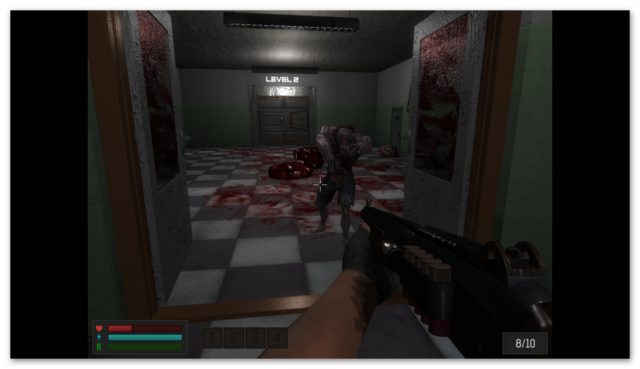 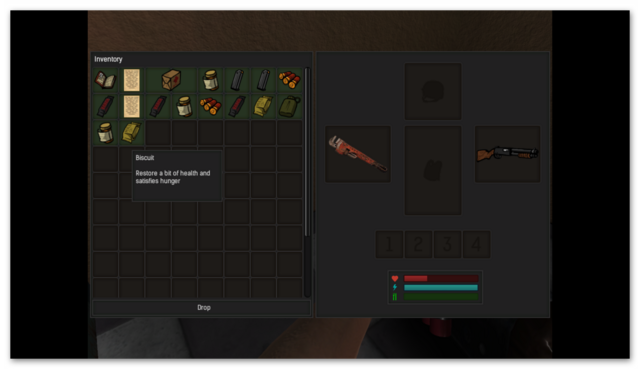 I scanned a zipped copy of the installed game using Virus Total and it found 1 hit (Zillya) from 56 antimalware engines. This one is among only several antimalware suites that often tag Falcoware Games compared to most better known and more reliable antimalware engines; so, it's very likely to be a false positive.

Whiterabbit-uk, After installing a Falco game, I found

Pete, do not say anybody! We can loose our buz! =)

I had to delete your advice as it was against the forum rules.

Falcoware used to include their installer, which involved an advert that showed during the game boot up, which took around 20 to 30 seconds every time you booted up the game and everytime you closed the game down your browser would open to their site. Even this wasn't malware and really couldn't be classed as adware because it wasn't installing to your system, and wa sonly active when you booted up and closed the game down.

Falcoware removed this from all the giveaways over 18 months ago, so we only get that single browser redirection for getting a free game.

Also we get four shortcuts installed to the desktop, but they can be deleted if you wish with no effect on the game.

I did a search for invention, but it didn't show in the search, so I assumed it wasn't given away. I recognised the game, but because I had it on Steam I assumed that was where I remember it from. After reading JEDIGEG comment I manually searched and found it back in 2017 where it was given away as a limited giveaway. The following is what I wrote about the game:

Invention is a first-person zombie survival shooter with RPG elements. The controls are the usual shooter controls, which you can find via the How to Play button in the main menu. Unfortunately there's no way to change the keyboard settings, so if like me you prefer non conventional key bindings, you're out of luck. The premise of the game is that you are stranded on a mysterious island, which has a secret laboratory. where scientists were working on ways to create super soldiers. Unfortunately things went badly wrong and all the scientists were killed or became zombified.

You, the hero while searching for help, stumbles upon the laboratory. Finding no one around you enter the bunker and soon stumbles on lots of zombies wandering around. This is the first of two games that the developer Dark Light Studio have released in this series i.e. Invention 1 and 2. It's a unity based game (engine), so you can expect to see resources that have almost certainly been used in other games of this genre especially the zombie models, but don't let that put you off. Unity is a game engine with lots of free resources and the basic engine is also free, which has spawned a lot of 3D based shooter games over the last few years.

The game is in the old linear format, which means you can't stray off the path, for example at the start of the game you find yourself on a beach, with the entrance to the complex you are about to explode in front of you. You can't go into the sea nor wander into the forest, but you can climb over the gate and wander down the path, but you can't stray from the path. Once you arrive at the complex and enter (using the F key), there's only one way to go, and once you've passed checkpoints (that are not indicated) you can't backtrack. The saves are automatic, so if you want to leave the game you may lose a little progress, but nothing significant. As you progress you can pick up items such as weapons, notes, ammo, first aid kits and more. You need to keep track of your health and food intake via the indicators in the bottom left of the screen.

Your inventory can carry up to 96 items, though some items such as the first aid kit and the wrench take more than one slot. If you fill your inventory, you can choose to dump items by right-clicking on them. One annoyance I found was to get back to the game once you've opened your inventory (via the tab key) you have to use the Esc key then click on the resume game button. All actions apart from shooting for example picking up items or opening doors are performed by using the F key.

You can see the original review plus links to images via the following link:

The images from this game are too dark, so I'm thinknig the game is the same. I prefer to see everything around me in a game.

Question :
Do I need to install the game again today , or is it the same version
as the one from 2018 ?

JEDIGEG, the same. We forgot that the game was given out already.

Just tried to install the game under Windows XP .
I've got the error "Setup.exe is not a valid Win32 application" .
Maybe the game was recreated using the Unity engine .
None of the Unity based games got installed under my Windows XP PC .
I don't know why .
I will try to install the game under Windows 7 later , if I'll find some time .
It's pretty late here in Greece , almost 04:30 in the morning and I am tired ...


I don't have the previous giveaway installed, but I do have the Steam version, that was removed from the Steam store two years ago. It's exactly the same as todays giveaway (at least to the point I played it too where I got to the level 2 door; so, it's unlikely that the game has been updated.

There isn't a version number available in game.

It was a limited giveaway; which probably explains why I didn't find in when I searched for it yesterday. I knew I'd seen the game play previously, but with so many games (my Steam account has over twelve thousand) I tend to forget the names of the games, but remember the game play. My Steam account has over one thousand categories to help me find a game just by using key words, for example Invention would be under zombies, research station, plane crash etc.

Sadly, the developer was removed from Steam for some reason, which I've not been able to ascertain..

After failing to install under Windows XP , I went and booted from
my other HDD , containing Windows 7 .
The game installed without any problems .
I've played for a while , just to see if it works .
Well , it works , with the same problems and glitches as the old
installation from 2018 .
So , the problems are not OS related , it's the code that has problems .
And something else ...
After closing the game , I've booted back in Windows XP , navigated to
the installation folder of Windows 7 and double clicked "Invention.exe" .
The game started and played normally , without any problems .

Whiterabbit-uk, hi .
Just for the record ...I've picked up my shovel and went digging
into my old hard drive in order to unearth any info about the game ... ;-)

Calendarium
Calendarium is new, easy to use calendar which gives you a new way to discover many interesting things about this day.
$0.99 ➞ free today