Galactic Ravager was available as a giveaway on December 21, 2021!

Galactic Ravager is an arcade scrolling shooter, top view.
Nice graphics and atmospheric music will immerse you in the Aerospace Troops.
The planet earth was attacked by aliens. Only you, the captain of the aerospace forces, can save the planet from enemies. You have to protect the orbital station, as well as penetrate behind enemy lines and destroy all the aliens.
Accumulate points and buy new ships in your hangar. collect new weapons.
-Nice graphics
- Cool music
-Gamepad support 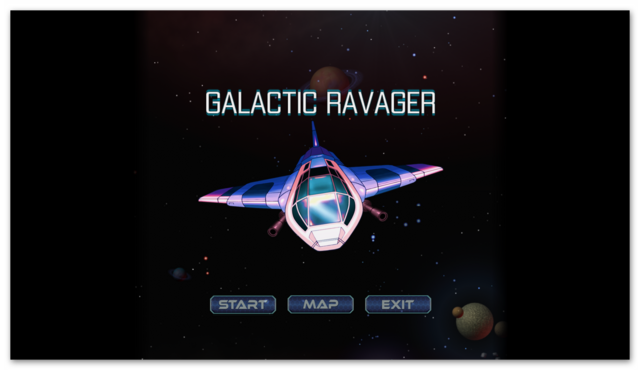 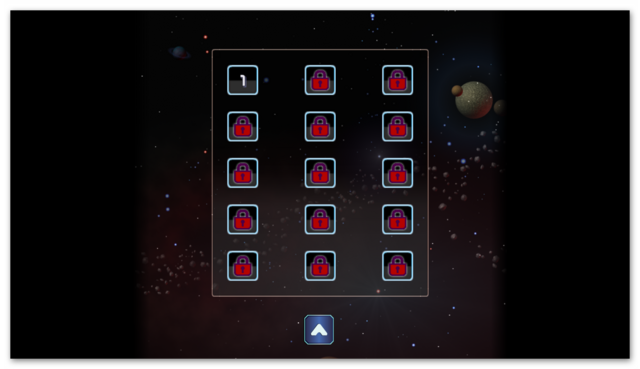 You can see a couple of videos of game play HERE and on the Steam store page HERE.

Introduction:
Galactic Ravager is an arcade scrolling shooter, top view.
Nice graphics and atmospheric music will immerse you in the Aerospace Troops.

The planet earth was attacked by aliens. Only you, the captain of the aerospace forces, can save the planet from enemies. You have to protect the orbital station, as well as penetrate behind enemy lines and destroy all the aliens. 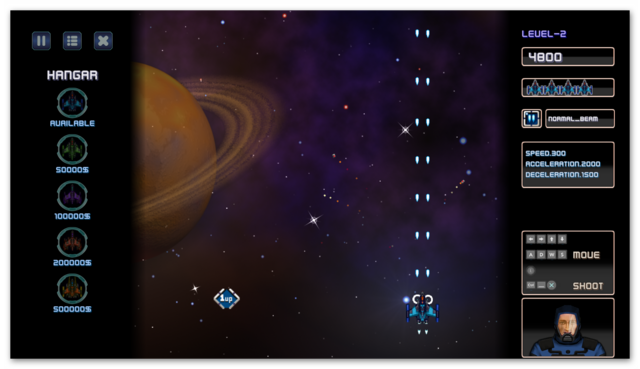 The Game:
This one looks interesting, that said, I'm a little biased as anything related to space I tend to love. Ever since watching the Apollo missions on TV when I was a kid (we saw the moon landing while in lessons at school) I've been interested in Space, astronomy and games with a space theme. :)

The game has a planned release date on Steam for the 27th Dec 21.

The game looks like a souped-up version of Space Invaders with upgradable ships, weapons and the ability of the ship to move anywhere on the screen. It's a vertical scrolling shmup (Space sHoote eM UP. Sorry, I didn't get up until mid afternoon, then had too many other things to do, so didn't get the chance to add anything to the game. Personally I disagree with Johnny's description of the game. I certainly couldn't create a game like this from scratch.
As I mention in my reply to Johnny, it's not the best Shmup (SHoot eM UP) I've played, and additionally, it's far from the worst. 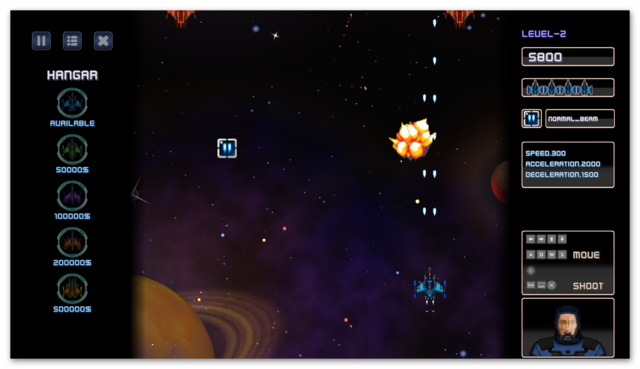 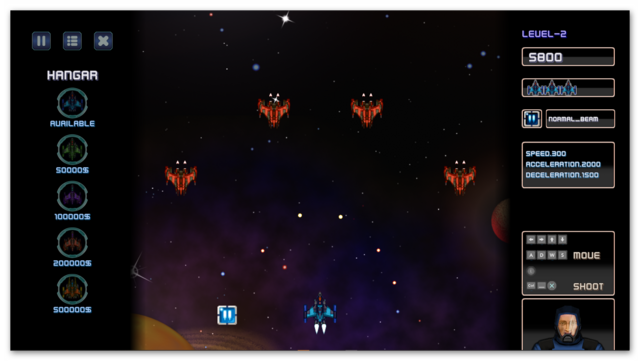 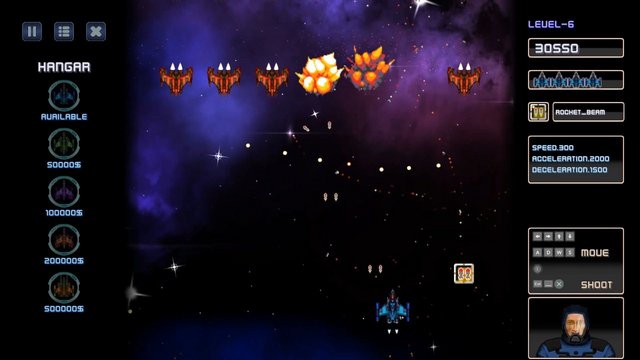 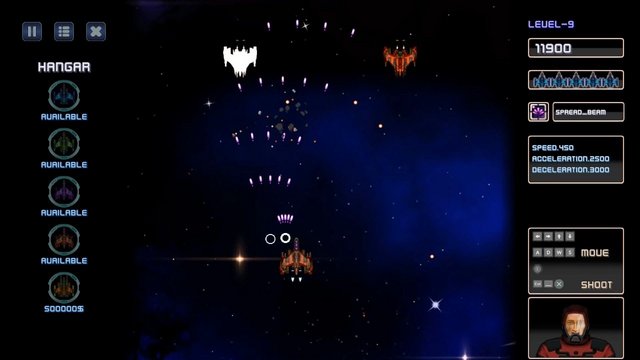 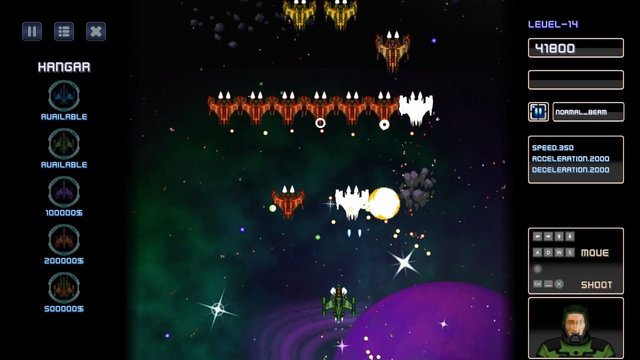 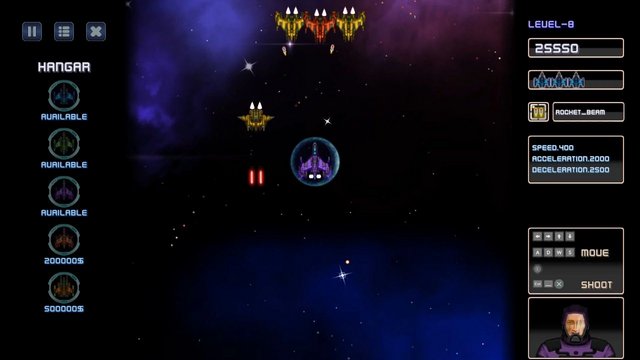 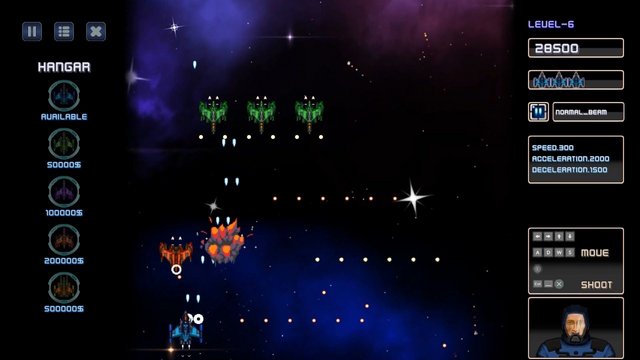 I scanned a zipped copy of the installed game using Virus Total and it found zero hits from 57 antimalware engines.


Other Free Games:
Please check Delenn's threads over in the giveaway forums HERE and HERE for the latest non Steam and Steam freebies. Also for the latest Steam sales check THIS Steam database site out. You can list the games in 'price' & 'percentage off' by clicking the headers. If you link SteamDB with your Steam account, all games that you already have will be highlighted in green. When there are Steam games being given away, you'll see 100% off. 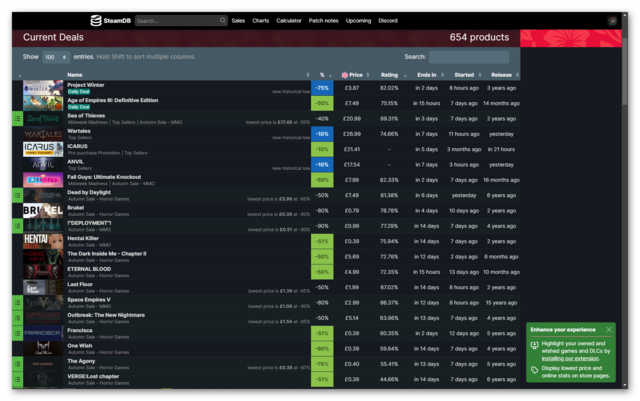 Don't forget to check Indie Gala's freebie section HERE, then click on the Showcase header, selecting freebies from the drop down menu; recent additions include Pixel Puzzles 2: Christmas ( a traditional style jigsaw puzzle game), North (asylum seeker game), Snowball (A more "discovery-based" approach to pinball. Learn the secret rules of the board to access hard to reach places and rack up HUGE SCORE BONUSES, which are generally agreed to be more important than any other current event in the real world) and the full version of Die Young (you play as Nehir, a field agent of a well-known political party. The party's agenda is to deconstruct and eliminate Brother n.1, the leader of Island's community); we were previously given the prologue version, (which is still available free) Recent games such as Distortions, Dino Run DX, Cheap Golf, Kill Em All, Dead Hungry Diner and Contract with the Devil have now been removed. All remaining freebies can be found in the showcase section (around 100 are available). Not all games that go into the showcase remain free, so you should grab them as soon as you can.

Over the Christmas period Epic games are giving away a mystery game EVERY DAY . Each day, the new game will go live at 11am Eastern/4pm UK time each day. The deals are live for 24 hours only, so check the site everyday HERE to see if it's a game you fancy.
I'm going to leave each days game showing so that you can see what was available previously:
Shenmue 3 usually £24.99 - 16th to 17th December.
Neon Abyss usually £15.99 - 17th to 18th December
Remnant: From the Ashes usually £31.99 - 18th to 19th December
The Vanishing of Ethan Carter usually £15.99 - 19th to 20th December
Loop Hero (£12.49) - 20th to 21st December
Second Extinction (£19.49) - 21st to 22nd December - ​this is live at the moment take on hordes of mutated dinosaurs with up to two friends. Solo players beware: Second Extinction is designed with squads in mind. Only the strong will survive. You can play this solo or with up to two other friends. I've been playing this on and off with friends since last year and it's an excellent co-op game. The difficulty is adjusted to the number playing the game. It's still in early access with a road map of upgrades still to be added; the developers are from one of my favourite game houses Avalanche Studios who also created TheHunter (my favourite game of the moment), Generation Zero and the Just Cause franchise). It's a fantastic dinosaur game with gorgeous graphics, and well worth grabbing before it disappears later today..

If anyone has TheHunter on Steam; or who got the game via Epic when it was free some weeks ago) and is interested in playing some co-op with me, please leave a message in the thread I posted over in the forums HERE; I'll then contact you via the email you've used for your forum sign in and I'll send you a link to my Discord channel and make some arrangements to play. I've been playing the game regularly since June this year (accruing over 600 hours of game play). I've found playing with friends much more enjoyable. If you are new to the game and are maybe shy online, then I will help you get to grips with the game I've always been quite shy when online and always treat people with respect. I don't swear and conversation is usually just about the game. If you only have the base game, when playing coop with me you will be able to join any of the 11 reserves and explore them. Any thing you unlock while in my server will be saved and added to the reserve if you later decide to purchase those reserves you don't have.

The best Indie Bundles sites that have been operating from around 2011 are the Humble Bundle and Indie Gala sites (though the latter isn't as good as it used to be) where you'll sometimes find decent bundles with over 90% off the usual price of the games included in the bundles. The Humble site is in my opinion the best. A more recent addition that is worth checking out are the Fanatical bundles (that used to be called Bundle Stars) that you can find HERE.


Cave Story®'s Secret Santa is still available free over on GOG; when I first posted this over a week ago, it wasn't actually available; you will need to revisit the page to claim the game if you tried grabbing it last week).

As part of Ubisoft's 35th anniversary, they are now giving away Rayman Origins; grab it HERE (ends today the 22nd) gab it while you can. You do need a free uPlay account to get the game. Once added to your uPlay account, it's yours to keep.

p.s. I have one spare Steam key for each of the following games for Siberia 2 (Adventure game), Solitairica (roguelite deckbuilder) and Endless Fables: The Minotaur's Curse (HOG) which I'm offering to the first person to ask for one. Only one per community member. First to ask gets the key. Please check Steam to see if the game will interest you first.

This must be someone's first attempt at creating a video game because it's poor - tediously long waits for the next "wave" of just a few ships , with the only variation between the 2 types that I saw being that 1 of them moves horizontally as it descends. Maybe it gets exciting by the time you reach level 7 million but I gave up after several narcoleptic levels - you even have to wait for an inordinately long time before it decides that you've reached the end of a level. Individuals were creating far more exciting versions of vertical scrollers as long ago as the 1980's (aah, getting nostalgic for the Amiga 500) and there must be a squillion better games available by now.

Each to their own.

I loved the original space invaders and thought this was an okay game; especially for free; in fact, I'd go as far as to say it's better than the original space invaders as it's got more variety, it's got colour and it didn't cost a fortune to play in those large cabinets that swallowed up five/ten pence/dime pieces. It's not a game I'd play for long admittedly but in my opinion it's an ideal game for those short coffee/breaks. Yes it's not perfect and yes, it's quite slow, but it still does the job for me. When I look at the games I played way back in the 1980's that everyone swooned over, this one is just as fun, but looks much better.

Of course I have much better versions of this type of space shoot em, but it's still playable and is probably a good entry point for newcomers to the genre.

I tend to compare all the games I play with the very first game I ever purchased called 'The Island of Artuan', a text based adventure with several different endings that could be completed in less than a couple of hours. Taking into account inflation, it cost me the equivalent of around £75 to £80 back in the mid 80's and came in a 3inch floppy for Taitungs Einstein desktop computer an 84Kb RAM computer I purchased in the early 80's before I purchased my first 286 and 386. Todays game compared to that is an amazing gem with outstanding graphics. Yet, at the time I played 'The Isand of Artuan', I thought it was the best thing since sliced bread.