Game Giveaway of the day — Displaced 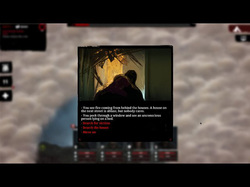 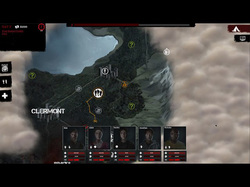 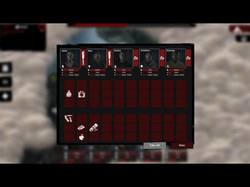 Exclusive offer from Giveaway of the Day and MyPlayCity! No third-party advertising and browser add-ons!

Lead a group of civilians out of a war-torn country in the Displaced game! People need a hero and only the bravest and the strongest can become the Chosen for them.

Nothing was of ill-omen: you and the others were living in a small city in the heart of a prosperous nation when occasional clashes between separatists and the government dissolved into all-out conflict. Now you're caught in the middle of a war zone as a deadly struggle turns the country into a wasteland. It’s high time to oppose the rebels and save people from war!

Plan the routes well, choose your actions carefully, and upgrade the skills that will apply to the survival strategy, so you and the others will soon be free!

League of Legends
A challenging MOBA set in a fantasy world.

I have posted a few thoughts via the conclusion, based on playing this game when I purchased it back in July 2017 (when it was released on Steam). The main review is just about how I would have described the game. The reviews will hopefully return to the normal pattern by next week. Thanks to all who sent their good wishes yesterday; much appreciated. Please continue to post comments. I'll moderate them later this evening. If you missed the opportunity to get a free copy of Age of Wonders III yesterday, check the end of this comment for a chance to still get a key. Finally there are two games on Steam free until tomorrow afternoon (Divide by Sheep and Fearless Fantasy). See the end of this comment for links to the games. You do need a Steam account to get both games. :)

Your mission is to lead a group of civilians out of a war-torn country using various strategies to survive the journey. 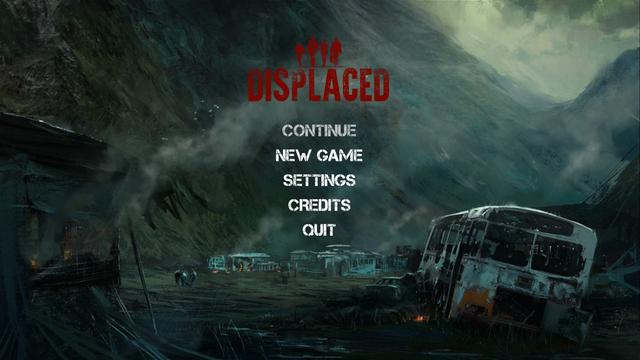 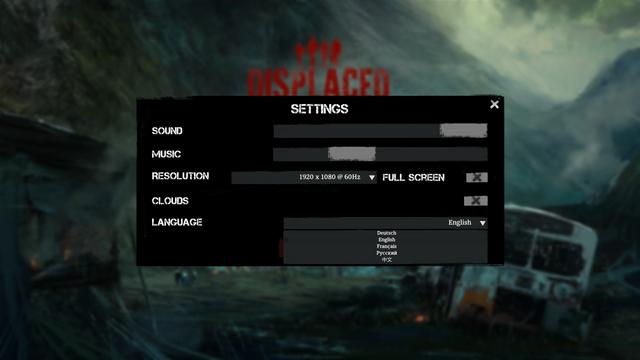 They lived normal lives in a small city in the heart of a prosperous country. They never knew that occasional clashes between separatists and the government might dissolve into armed conflict until it all went heels over head. Now they're caught in the middle of war zone as a deadly conflict turns the country into a wasteland. They aren't soldiers, and they aren't warriors. But they are going to survive.

Your mission: lead a group of civilians out of the war-torn country.

This won't be easy. You'll be able to avoid the battlegrounds but not other survivors, squads, gangs and hordes - and you'll never know what their intentions are. Your choices will include hiding or attacking, and negotiating or engaging in trade, but you'll always want to think twice since the lives of the entire group will be at stake.

1) ... CHOOSE - You can take only five people with you, so choose carefully. Some are good at providing first aid, others are excellent negotiators and still others have a way with technology.
2) ... DECIDE - You'll make your way through the open map. You decide where to go next.
3) ... SURVIVE - Plan your way and carefully select your actions when coming across other teams. Improve the skills that will apply to your survival strategy.
4) ... ENJOY A SURVIVAL NARRATIVE - Your team is represented by tokens on the map. You interact with the game through dialog and observe card-style battles. Your tasks: plan, guide and operate. 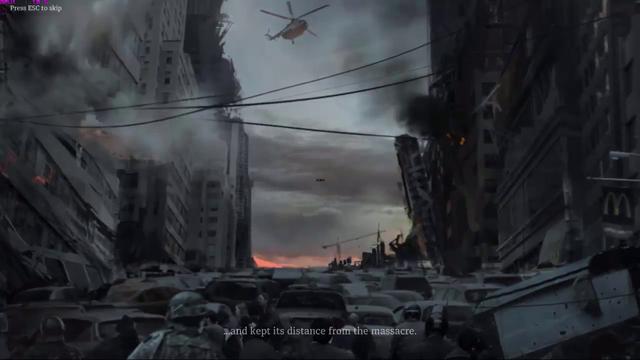 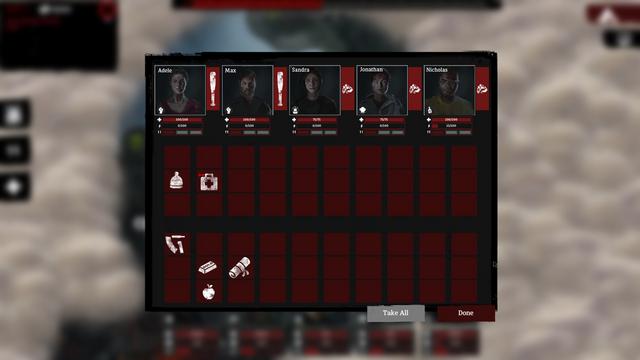 Displaced downloads to a 143 MB zip file that unzips to three files, (a setup.gcd security wrapper the set-up file and a read me). The game installs to the following path by default, but can be changed if you wish. The installed game is approximately 360 MB in size.

Four shortcuts are installed to the desktop; the shortcut to the game, plus three others ''Play Online Games, MyPlayCity Games and a shortcut to a free online game. These latter three shortcuts can be deleted once the game has been installed. The Themida wrapper may alert your security and even block the installation; there are details about this issue in the read me that unpacks from the downloaded zip file. 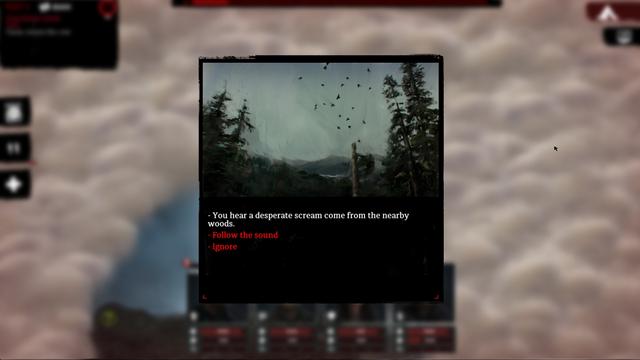 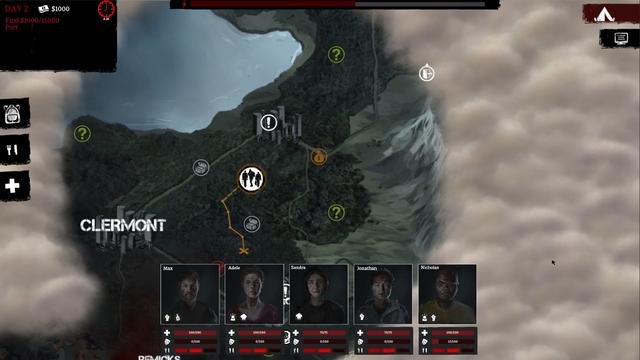 Once launched, the game starts off with the character selection menu. This is the where you choose 5 civilians from the 6 that are available at the beginning. Later on it prompts the main screen, which is a map. Implemented in this map there are a couple key features, one of them is clouds covering unexplored areas. You also have an energy bar, a stats box in upper left corner and several small icons that serve purpose to certain aspects of survival. I would like to point out this is similar to a point and click mechanics, so it’s very straightforward to new gamers.

While traveling throughout the terrain you have basic but critical decisions. Some of these include, staying ( in the area ), fighting (other groups usually, hiding (groups), and scavenging (for objects). As you choose your actions, the path that you pick might lead to death or survival. Not only does this involves the player’s strategies but it also draws on your critical thinking. Let me elaborate, while you decide what actions you take, you have to take in critical consideration your stats. Despite your forward moving, game play without proper food and rest means your civilians won’t be able to survive and some may die on this journey. My personal advice keep your stats up and keep a steady pace. 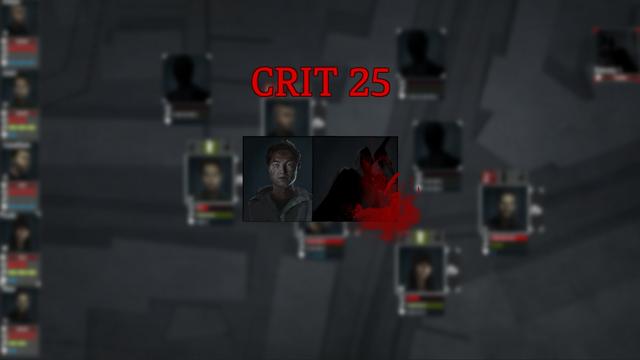 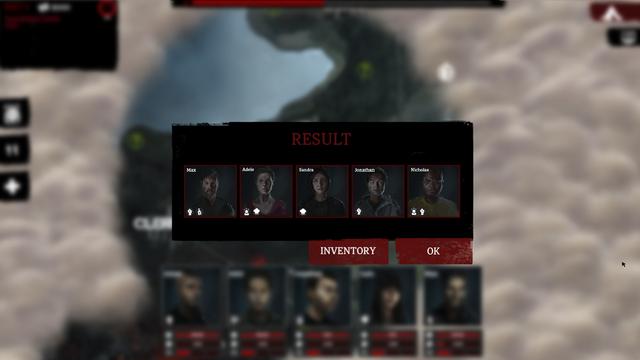 First of all this is a strategy, survival, decision-making game with great visuals. The design of the water painting alone is a great attribute that would bring in those indie game inclined gamers, like myself. Along with the smooth gameplay, the narrative is good and the appealing visuals enhance the experience.

Not everything is perfect and along with all the great things this game has here are a few pointers. The combat phases of the game can get easy and sometimes predictable, and in the traveling phases along the narrative it can get repetitive. Those two aspects of the game, in my opinion, need to be addressed along with maybe making the game more challenging. Overall this game is good for its price point and good way to have some challenging fun. Let me tell y’all that is what it is all about folks– having fun! 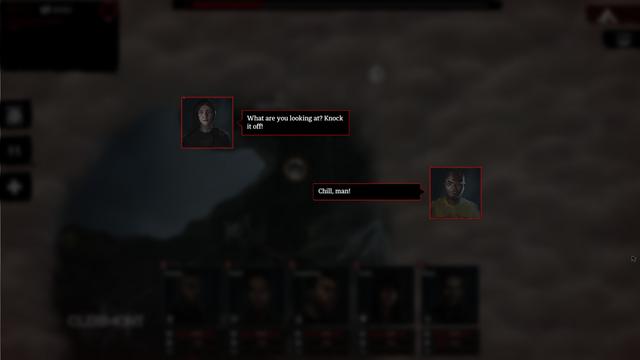 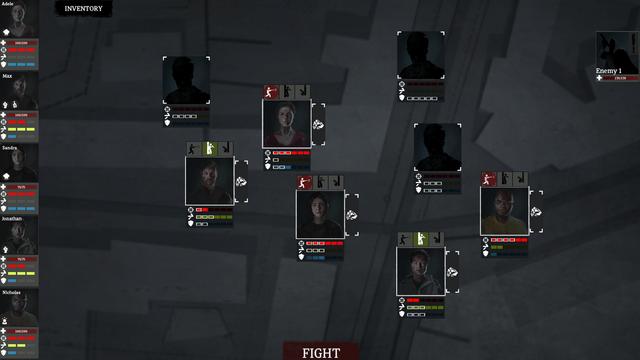 I bought this game when it was released on steam July 2017. It's garnered around 70 short mixed reviews. I haven't played the game much apart from when I first purchased it and it reminded me vaguely of a Facebook card based decision making game called Mafia that I played with a friend several years ago that I got into in a big way for a few months. Overall my memory of displaced was positive, though it did get a little repetitive towards the end. It has plenty of replayability due to the various choices you can make and the multitude of routes you can choose to take to save your team. I recommend downloading the game and trying it out for yourself. Put it this way, i don't regret buying the game and will be returning to it once I've recovered from the malaise I'm presently suffering.. :)

Other Reviews and Videos of Displaced:

You can read other comments about Displaced HERE and HERE 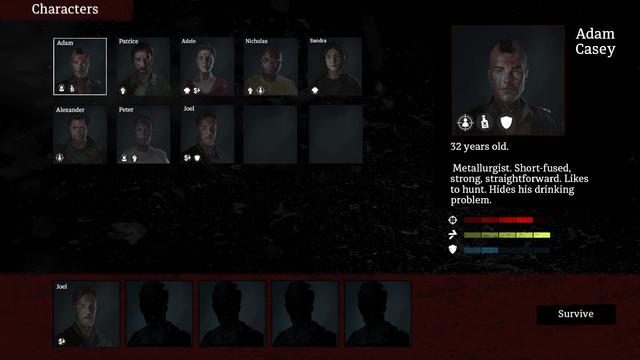 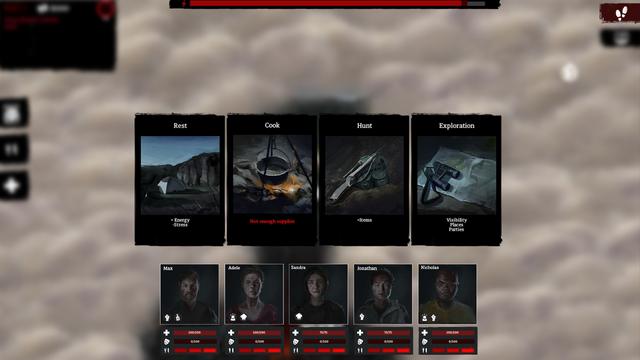 Problems getting the game to work:

If you're having problems installing or activating or getting Displaced to work please visit the FAQ's Thread HERE and read through the communities comments because sometimes fixes have already been posted, for example, a common issue seen since the Themida wrapper was introduced three years ago is that some community members installation of the game are blocked by their security because Themida code has been known to hide malware, (usually an error message is flagged for example 'The executable is corrupted' even though in reality it is not); so as a precaution some anti malware programs will block and even delete the suspect installation files even though the files (i.e. the setup, read me and setup.gcd files are actually totally free from malware. This issue can be solved either by rebooting your computer in safe mode with networking or a quicker method is to temporarily turn off your security software to allow the installation. You could also try white-listing the setup.gcd file. In the almost 12 years this game giveaway site has been operating there has 'never' been a game given away that was infected with malware. 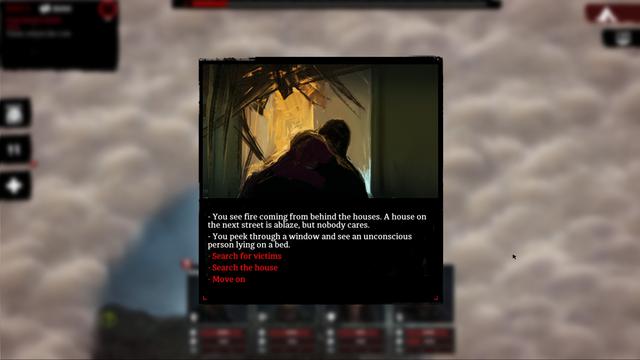 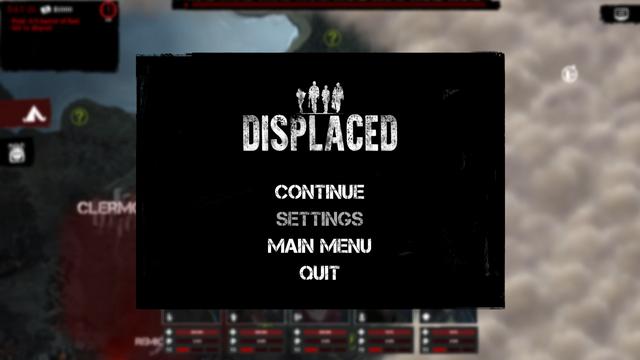 Don't forget that World of Goo the multiple award winning physics based puzzle / construction game is still available for free until the 16th May, via the Epic Games store. Also, a couple of new games have been added to Indie Gala's Developers Showcase; (all for free). If you missed out on the Age of Wonders III (worth £22.99/$29.99/€29.99) , the turn-based fantasy strategy game which ended yesterday. All's not lost. I have a spare key which I'll give to someone. Rather than say first come......, I'll drawn names out of a hat or similar before the 16th May when the key becomes deactivated. You can find the forum thread to place your name HERE. Finally Also, there are two other games on Steam that are temporarily free (until tomorrow afternoon); Divide by Sheep, a math puzzler about friendship and slicing sheep in half with lasers, which you'll find HERE and Fearless Fantasy, where you play a bounty hunter who embarks on a mission to slay the worlds weirdest creatures. you can add it to your Steam library HERE.

no key steam is sad

Glad you are feeling a bit better.

I have this game on steam and so do 11 of my friends. If you have played This War of Mine (https://store.steampowered.com/app/282070/This_War_of_Mine/), then you will probably like this game because it's similar.

Actually its a commercial game and not FREE, but the developer allows MyPlayCity to 'give' away copies with advertising included. The advertising earns money, for example, whenever you close the game down, your browser is opened to the MyPlayCity home page, where it immediately earns them money, part of which goes to the developer. The game is also sold on various distribution sites like Steam and other arcade distributors.

I had no problem downloading and installing to Win 10 Home. Did not turn off Antivirus or Firewall.

I have never played a game like this, although I've wanted to, so the Moderator Comments was very helpful to get me started. Thanks for the tips. Shall see if it is something I like, or not.