Game Giveaway of the day — Debtor 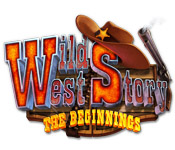 $2.99
free today
Wild West Story: The Beginnings
Repair all the buildings and get people to move back into your town!
Proceed to download page

There was a debtor in the world. Once he became very ill and he lost consciousness. While the ambulance was going to the hospital, he woke up in a strange place. In that strange place, one of the inmates explained that those who have unsuccessful assignments come here. Our hero's unfulfilled task was to collect all his debts.

The task of the hero to go through 30 levels and collect all the coins, while guarding at the same time clever traps and ruthless enemies. In addition to all, each task is given a dedicated time, which will play against you!

To solve all his problems, our hero has a hard forehead with which he can break blocks, well, as well as explosives, with which you can get rid of enemies. Push the boxes, clear your way, solve small puzzles to achieve the goal in the form of an opening door leading to the next level.Featuresoldschool gameplaycool pixel art graphicsa lot of secrets

League of Legends
A challenging MOBA set in a fantasy world.

No full review today due to family responsibilities.

Debtor is a retro looking platform game with 30 levels to explore and beat. Collect all the coins on a level to open the door to the next level. Create new paths by destroying certain walls and avoid the traps and enemies. Watch out when on some suspended platforms because they crumble away after a second or two. Every level is timed, so don't hang about, otherwise you'll be earning angel wings. The levels get harder as you progress; once a level has been completed you can return to it at any time by selecting the new game then selecting the level you wish to play from the level selection screen. Check out the videos via the links below to get a better idea abut the game. :) 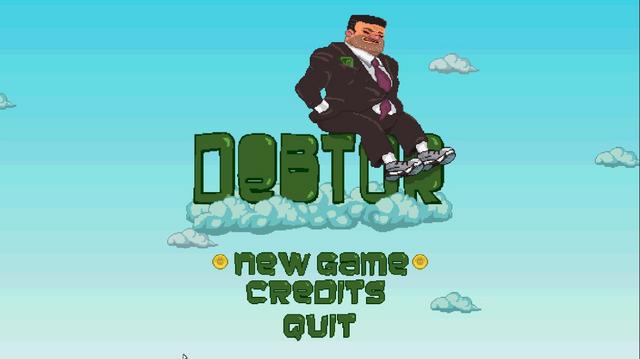 Debtor downloads to a 21.9 MB zip file that unzips to three files, (a setup.gcd security wrapper the set-up file and a read me). The game installs to the following path by default, but can be changed if you wish. The installed game is approximately 22.4 MB in size. 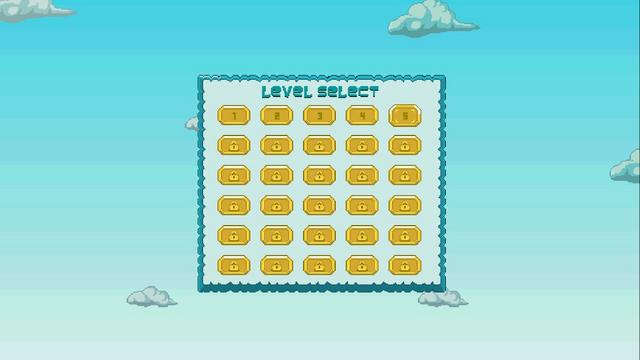 After you've had an opportunity to play today's giveaway please take a few moments to give some positive or negative feedback; for example, what you liked or disliked about the game, or how it could be improved. If you don't like the genre at all, please explain why and if any, what improvements would change your mind? If you don't have time to post a comment today, please do so at your convenience, thank you. If you wish to post a review or comment about the game later, you can access the comments section by going to the game giveaways home page, then scroll to the bottom of the page where it says Archives and select the date the giveaway was live (giveaway days are in bold type). This will open the appropriate page for you to post your comment or review. Alternatively, you can google the name of the game and include Gamegiveawayoftheday in the search. This should give you a list of links to whenever this game was given away. 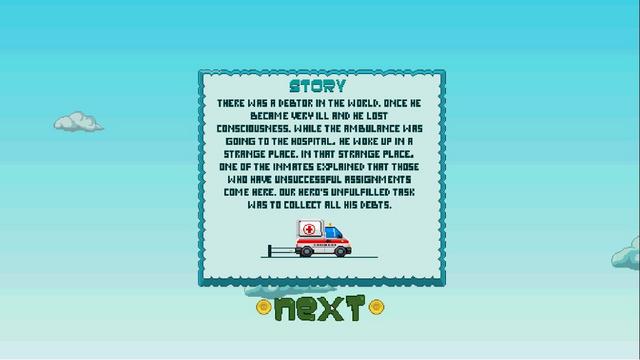 Problems getting the game to work:

If you're having problems installing or activating or getting Debtor to work please visit the FAQ's Thread HERE and read through the communities comments because sometimes fixes have already been posted, for example, a common issue seen since the Themida wrapper was introduced three years ago is that some community members installation of the game are blocked by their security because Themida code has been known to hide malware, (usually an error message is flagged for example 'The executable is corrupted' even though in reality it is not); so as a precaution some anti malware programs will block and even delete the suspect installation files even though the files (i.e. the setup, read me and setup.gcd files are actually totally free from malware. This issue can be solved either by rebooting your computer in safe mode with networking or a quicker method is to temporarily turn off your security software to allow the installation. You could also try white-listing the setup.gcd file. In the almost 12 years this game giveaway site has been operating there has 'never' been a game given away that was infected with malware. 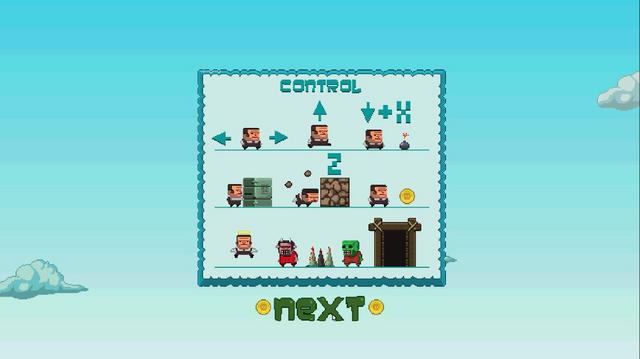 If for any reason you want to contact the giveaway team, for example, you have a game to offer the community, or are unable to download the latest game or other issues that the FAQ's thread or these comments don't cover or solve you can do so HERE

I'd like to take this opportunity to thank the developer SharkGame and the distributor Falcoware Games for giving away Debtor and also to the game giveaway team, as always, for securing other ways to get free games.

If Debtor doesn't interest you, but you still hanker for something new to play, you'll find details of some game deals whether they be sale items, indie bundles or games being given away for free HERE (I've not updated the thread in a while, but most of the links still take you to the latest deals).

The rest of the information that used to be posted in the game review can be found in the forums HERE. Finally, check out Delenns threads for details of other free games and offers HERE and elsewhere in the game discussion forums HERE, (usually on the first page of the game discussion forums). The free game over at epic games is Thimbleweed Park until March 7th (tomorrow), worth £14.99/$19.99/€19.99. Indie Gala also have a new showcase section with 18 free games listed at the moment including Adventure games (point & click), RPG, Simulation, Strategy and other casual games i.e. AntiSquad, Dreaming Sarah, False Birth, GOR - Gorilla Office Rampage, Home is where Chip is, Age of Fear: The Free World, Die Legende von Saya: Befehl aus der Dunkelheit - (The Legend of Saya: Command from the Dark), What Never Was, The Last Humans: Awakening, Childhood, Dunwell, Safe Not Safe, Hi Hotel, Bugs Must Die, Cuadradito y Circulito, Hellino, Hovership Havoc and Wake Up , or you can find them all HERE. Finally, there are some excellent bargains on sale via Steam HERE (71 pages with 25 per page). 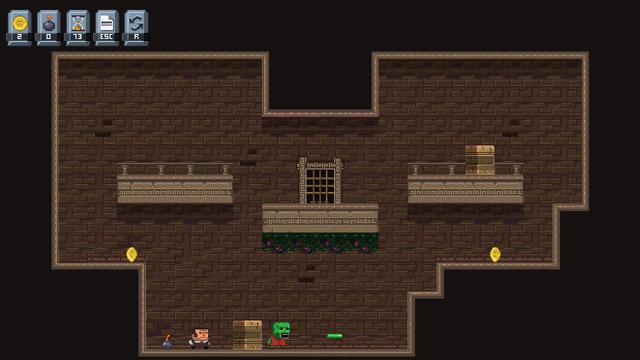 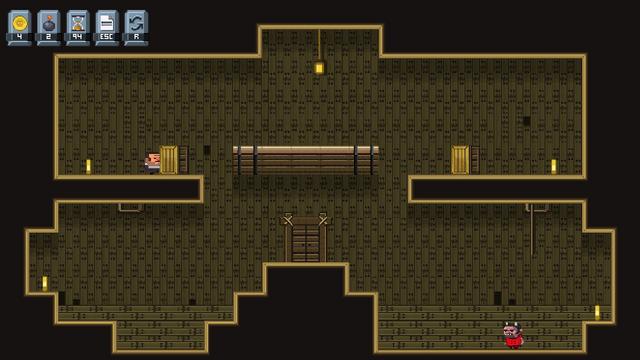 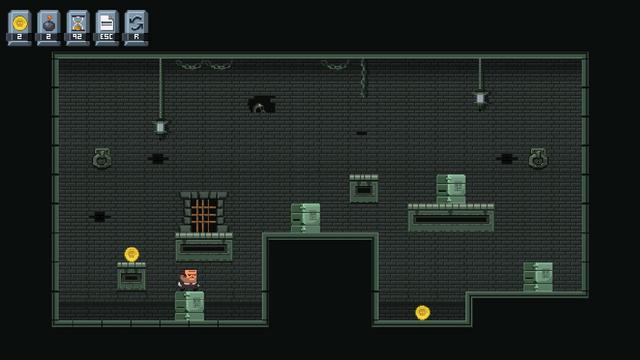 After I activated, I opened it, and the menu was not responsive. I use Windows 10.

You have to use the arrow keys to move around the menu then press enter. The game doesn't use the mouse.

It is nice to see GGOTD being able to offer a game almost every day again, ty developers for your generosity.
now... if only it would be games that I am interested in :(

A nice train sim or a dlc pack for Train Sim 2019 would be great. I stopped buying them over a year ago. don't know whether I'll be buying their latest release either. :)

The graphic for Debtor looks virtually the same as the game we got at the end of February, ''Fighter of Evil''; at least the level design does. Only just got back from my daughters interview, so not had time to check today's game out yet.

New Math Puzzles for Geniuses
Math Puzzles is a simple game that will make you think and find hidden patterns in the challenges.
$9.99 ➞ free today
« BATALJ Hardnoid »