Game Giveaway of the day — Crossroads of life

Crossroads of life was available as a giveaway on September 6, 2022!

Download trialCrossroads of life
Today Giveaway of the Day 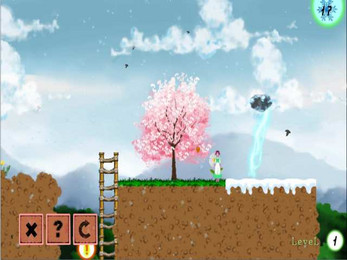 Crossroads of life - a game in which you have to fight off waves of enemies while protecting your life. You are a powerful warrior who masterfully owns firearms. At your disposal are three types of weapons, the first has exploding projectiles that set fire to everything around them. The second weapon deals additional damage to one target. The third is capable of shooting enemies through.Protective towers that will fire at enemies will also help. Towers can also be improved. Enemies are also divided into several types: some are weak, some are survivable, others have increased movement speed. Don't forget to pick up resources so as not to lose. Go defender! Victory awaits!-

How would you improve Crossroads of life?
All ideas (0) Top five ideas Searches Leave feedback
No similar feedback found. Feel free to add yours!
Leave feedback Go to the project page ›

Comments on Crossroads of life 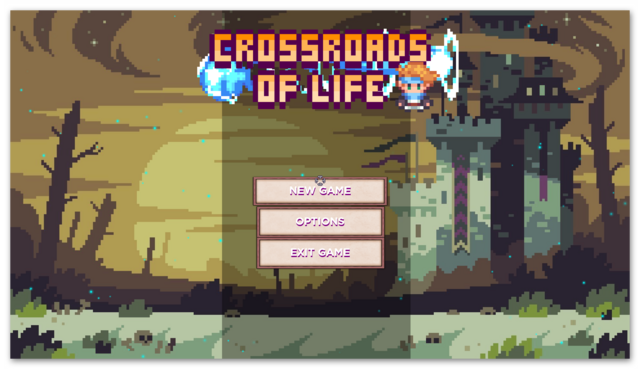 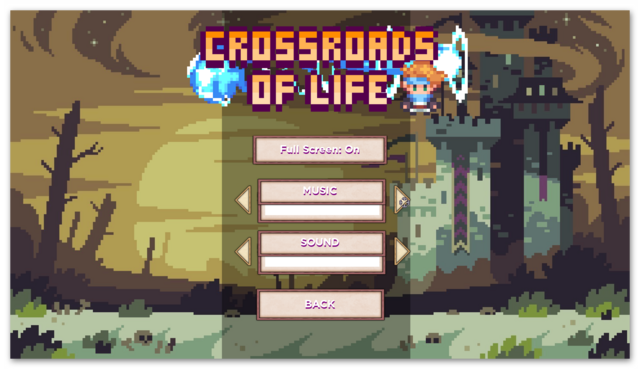 In Brief:
Crossroads of Life is a top down arcade game with both tower defence and shooting mechanics. To activate towers you first have to earn enough cash from destroying the waves of monsters that attack you. Once achieved you can activate a tower by pressing E while standing close to one, they initially look like signposts with a stylized turret tower with crenulations until a tower is built on them. At the end of several waves you will be faced with a boss, before you can proceed to the next level. Each level having a distinctive look (colour wise) that is different from it's predecessor.

Your character is able to move around the arena freely, though there are fences that can block your way. Some downed enemies drop cash, some drop ammunition for one of the three weapons you have. Take care, because you can easily run out of bullets; especially if you fire willy-nilly at the oncoming foes. . If you've not activated any of your towers, and you run out of ammunition with none to pick up, you lose. You can also pick up health, which is also essential as it's almost impossible not to get hit by some of the monsters attacking you. There are a wide variety of foes, from large more difficult to kill monsters to fast, snapping monsters that are hard to avoid.

Your health bar is located in the top left of the screen and the amount of ammunition for each of your weapons are located beneath the health bar. You can switch between weapons using the mouse wheel. Below the ammunition counters is the gold you've earned. Keep an eye on this because you'll want to activate as many of the tower defences as you can. Each tower is also upgradable, but costs more to upgrade than the initial cost of the tower, but can shoot further and is more powerful. Towers can also be damaged and/or destroyed by the waves of monsters that you'll encounter.

The indicator located along the bottom of the arena shows the health of each wave of incoming monsters as a whole. When the boss level appears, get this to zero (far left of the bar indicator) to win the level and proceed to the next. I don't know how many levels there are as I've not played the game to its conclusion yet. 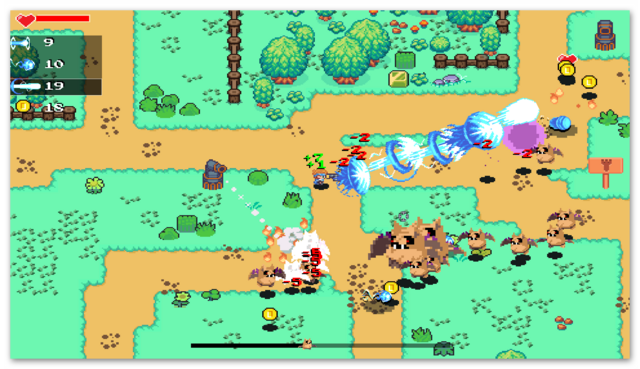 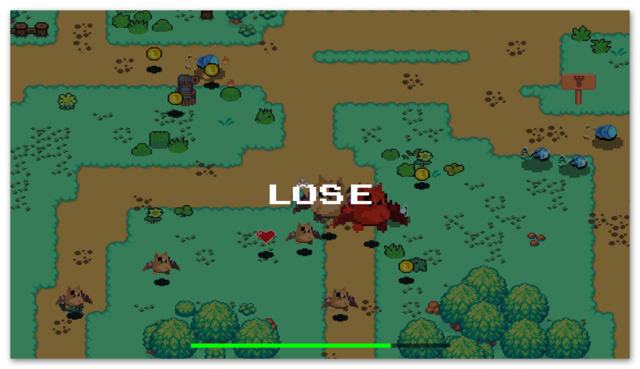 The game is very similar to a game we were given earlier this year, with the same game mechanic, though a different scenario and graphic that was called Arkan Tower (also available on Steam HERE for the same price as todays, though today's game has some improvements over Arkan Tower such as the gold you earn does not disappear if you don't pick it up immediately, and the maps are easier to see.

Todays game has not been given away before

You can see a couple of reviews of todays game via Steam (neither are in English, but both are positive) HERE.

Conclusion:
If you enjoy top down Shooters and Tower Defense games, this is a clever melding of the two genres. I wasn't as happy with Arkan Towers as it seemed too easy. Todays game feels more balanced and I thoroughly enjoyed the game. That said, like many of these arcade games; it's not a game I could play for extended periods and is more a coffee /tea break game, or one I'd play during a break from more involved games (like my favourite game of the moment Way of the Hunter. For game play I'd score this a 7.5 out of 10. Graphic is pretty basic, but fits with the theme of this game; it's virtually retro.

The game was released to Steam on the 27th August HERE and when not on sale costs about the same price as a cup of Starbucks coffee. 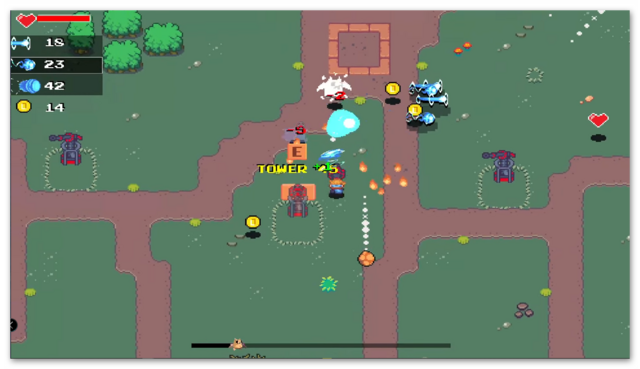 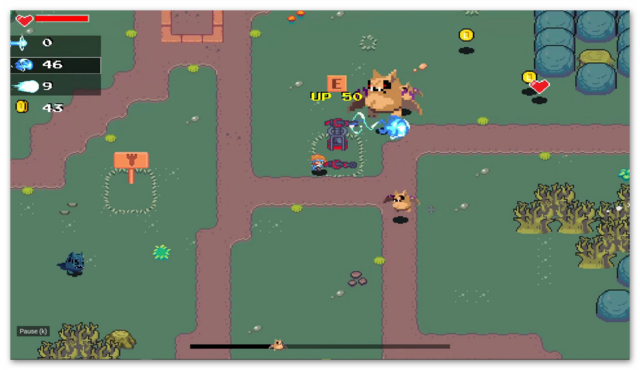 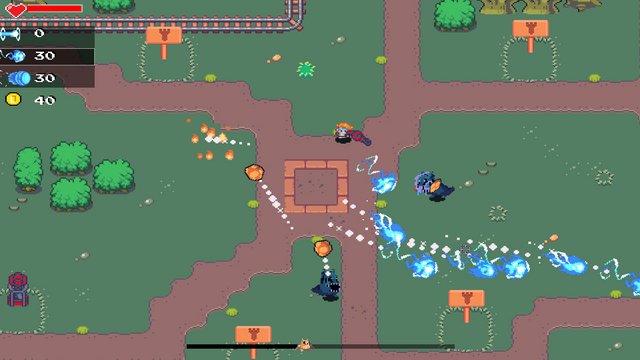 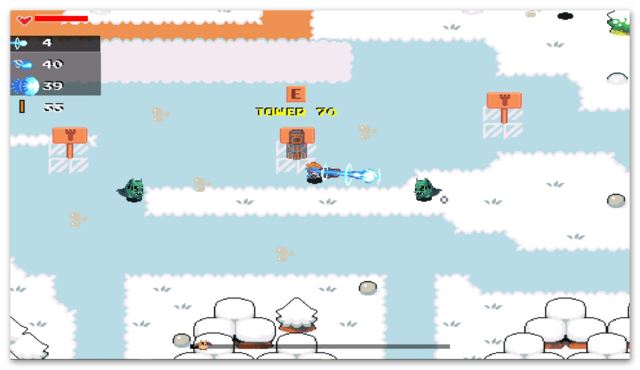 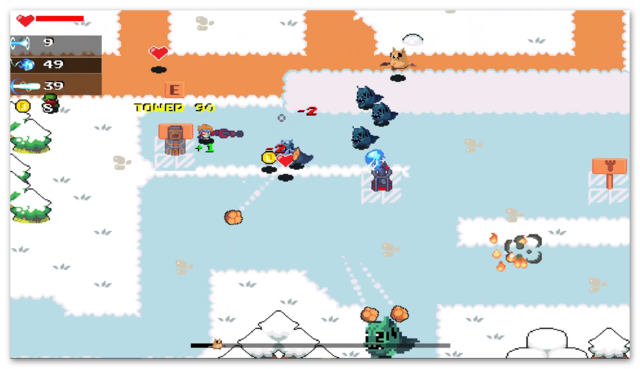 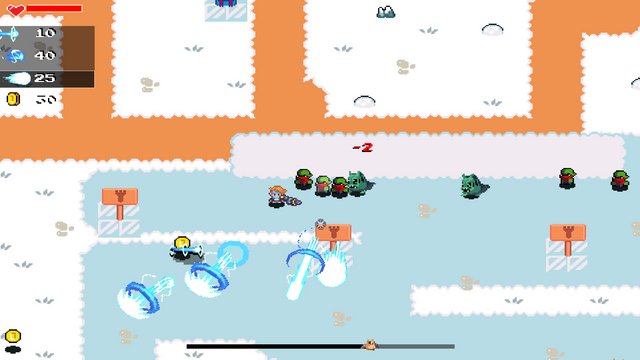 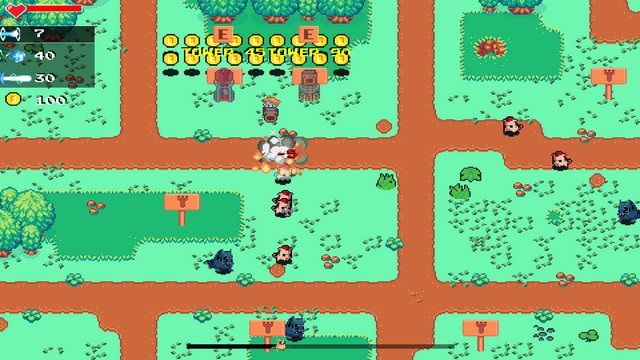 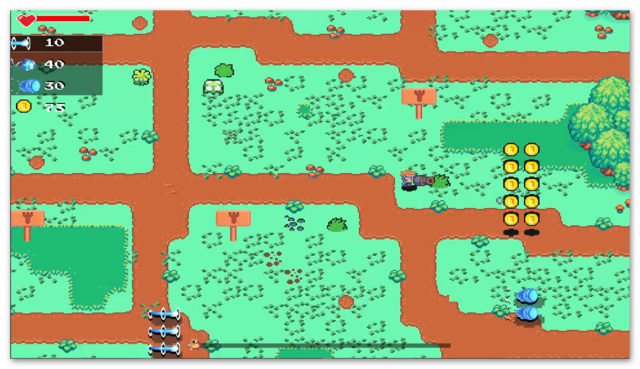 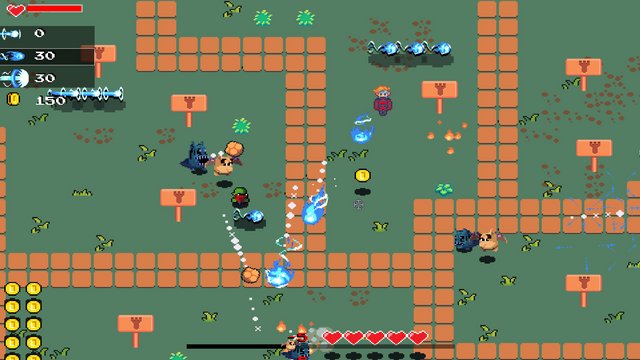 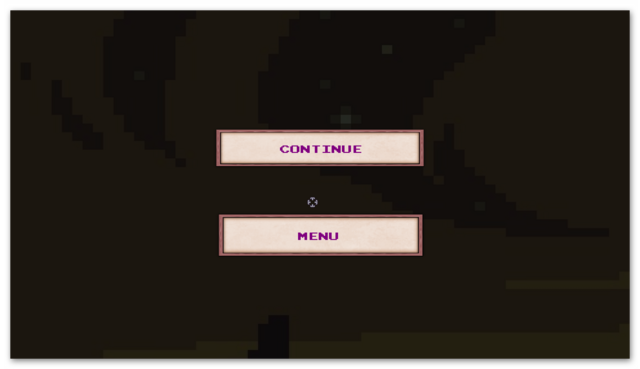 I scanned a zipped copy of the installed game using Virus Total and it found zero hits from 63 antimalware engines. You can see the scan HERE

The following is one of the two reviews posted on Steam.

Crossroads of Life is an interesting mix of Tower Defense and Top-Down Shooter. Knock down opponents, collect money, build towers and repeat. As you know it from TD titles, the enemies come in waves, the waves get bigger and stronger and at the end of a wave there is a boss; classic. Nothing new.

However, the mixture with the very successful top-down makes it so fun, at least for me. You can throw yourself straight into the fray, collect ammo (which I kind of find a little silly as you shouldn't be limited by ammo), but you get used to it. And then the fun really begins. Shoot, build, upgrade, win! A clear buy recommendation!

JEDIGEG, thanks JED! I suspected an issue with Unity, and I'm doing the same as you, taking a chance on the ones that get a good review or 2 and particularly interest me. We're spoiled somewhat because most of the weekend games are XP - and lower resource - compatible. But, that info. on starting it in 7 and then coming back to XP is very interesting! Wondering if that would work with various iterations of Linux with WINE or an emulator. That's the eventual fate of this machine, but hope to move beyond it soon, applying for my old age pension, which should about double my income when added to my small pension for my, mostly, reserve military service. I've finally gotten my store/work room inventoried and cleaned enough to actually work in it (:P) so will start ordering parts and beating on all the down newer machines I have. Working on a couple of tablets now, though prognosis for either not good. Hopefully, I'll be installing games on newer OS's soon.

Not compatible with my system. May be because I'm running Win XP, SP3, 32 bit, or may be that I have a single, vice dual, core CPU. Oh well, thanks anyway folks.

watcher13, hi .
From my experience , most of the games that are given away during
the Week (Monday to Friday ) , are Unity based .
Unity does not play nicely with Windows XP .
At least not on my PC .
From the hundreds of GameGOTD Unity based games that I've installed ,
only a few worked ( to my surprise ) ...
Almost all of them worked just fine under Windows 7 .
I have another HDD with Windows 7 installed .
But it is very frustrating to have to boot to another OS in order to play a game ...
So , I do it in rare occasions , when I am really intrigued by the game .
Something else that I've noticed is that if a game does not work under Windows XP ,
I boot from Windows 7 , install the game and then I go back to Windows XP and the
game works without a problem !!!

I hope some of the info above will be useful for you or any other fellow gamer ... :-)

I really don't have any words to describe this but damn this game is 100% awesome. They really crafted a rare gem that balanced gameplay across all genres it represents. Yes it's retro but that's what makes it fun you could not get this on an 8 Bit console today