Game Giveaway of the day — Call of Bitcoin

Call of Bitcoin was available as a giveaway on November 6, 2019!

Download trialCall of Bitcoin
Today Giveaway of the Day

$0.99
free today
Agapan
Agapan is a 2-D story and exploration game taking place in a mysterious and om
Proceed to download page

Cryptocurrency monsters attack civilians, mining farms, which used to bring huge incomes to people, are out of order, opening portals to the world of crypto-currency monsters. All the coveted Bitcoin became the main cause of economic collapse and apocalypse on Earth. Call of Bitcoin - Challenge the cryptocurrency world, pick all the bitcoins, kill the monsters, stop hellish chaos and restore balance in the universe.An exciting platformer, with many levels and dangerous monsters all over the place.Kill the enemies, collect coins, open all the secret rooms, but just stay alive.Features:- The most unusual hero- Atmospheric music- Mining-farm, if you do not want to collect Bitcoins- Steam Achievements

Comments on Call of Bitcoin

Call of Bitcoin is a side scrolling 2D platformer with two modes of play, normal and arena. The normal mode is just like any other platformer with the aim of getting to the end of the platform without falling into a trap or getting killed by the NPC's and to collect all the bitcoins present. Once accomplished you can move to the next level of which there are 50. There are four arena modes, where you have to survive the onslaught of several NPC's within the arena. You can pick up a gun in this mode to kill the NPC's and there's an extra life, but you have to work quickly otherwise you get swamped by the enemies. Personally I wasn't able to survive the Arena mode for more than several seconds as all the NPC's rush you as soon as you start the level and you have barely enough time to pick up the provided rifle, which is aimed using the mouse pointer.

Movement and action keys can be seen in one of the images below. The standard mode is reasonably challenging. When you walk over a question mark, a message pops up on a big screen, the first one tells you what keys to use in game. Once you get used to the controls its okay. The first image below that shows a level is the arena made. You can see the number of NPC's you have to content with. As they all drop to the bottom together I found it impossible to get onto one of the platforms. I assume the arena mode is just a survival mode where you have to survive as long as possible? in the normal levels, you can punch your adversaries to kill them using the action key. Apart from the spiked pits there are also gun emplacements that shoot frequently, so watch out when on any particular level as you may find a bullet heading straight for you. you can jump over these.

You can see a couple of in game videos of game play HERE and HERE. 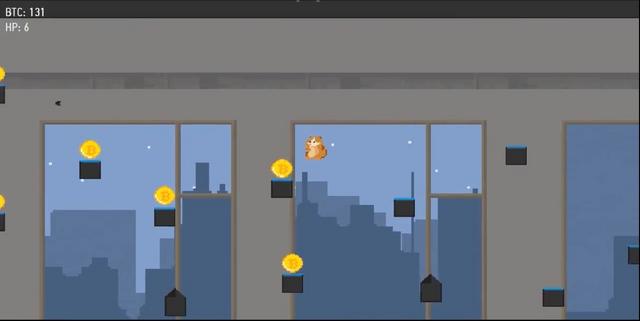 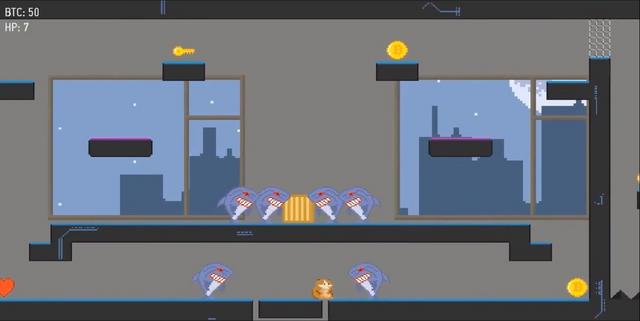 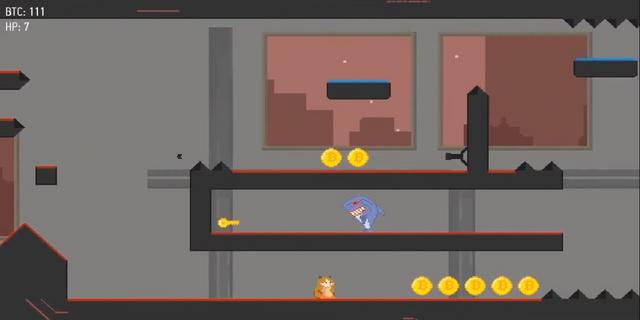 Thanks to Delenn for the heads up on Dog Duty an isometric real time tactical game thats free on Steam HERE at the moment. The deal ends next Monday, on the 11th November 2019. Don't forget that Epic Games have two new games to give away this week, i.e. Costume Quest a turn based strategy adventure game based around Halloween and SOMA a sci-fi horror game about identity, consciousness, and what it means to be human. Tomorrow late afternoon, i.e. the 7th November, these change over to Nuclear Throne a post-apocalyptic rogue-like top-down shooter and Ruiner a brutal action shooter set in the year 2091 in the cyber metropolis Rengkok. Finally check out the forum thread I've posted HERE regarding a share of the rewards for subscribing to the Humble Monthly bundle. Though Delenn has mentioned that the Monthly bundle will be changing soon.

Smash the Code
Do you like the classic Mastermind? Then you'll love brand new Smash the Code.
$0.99 ➞ free today

WordPack: Word Cloud Generator
WordPack allows you to easily create beautiful pictures on your own by packing words in a shape.
$0.99 ➞ free today

2Loans calculator
Loan calculator with the functions of saving on the device.
$0.99 ➞ free today