Game Giveaway of the day — Braveland

Braveland was available as a giveaway on August 31, 2019! 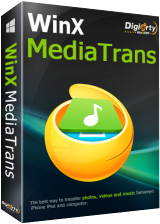 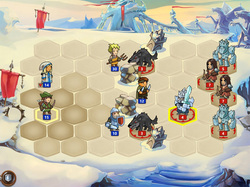 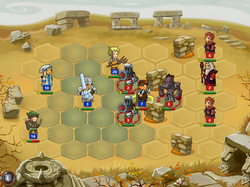 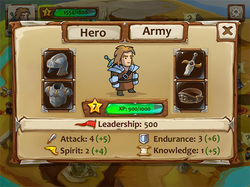 Exclusive offer from Giveaway of the Day and MyPlayCity! No third-party advertising and browser add-ons!

Your village was cruelly raided by bandits! Start as a humble warrior’s son and become a talented commander of your army.

Evolve your hero, find artifacts and learn battle magic. Intense boss fights await you at the end of each story chapter.

Various warriors will join in your cause – archers, scouts, healers, footmen, arbalesters and more. Command your troops and defeat enemies in hand to hand battles!

How would you improve Braveland?
All ideas (0) Top five ideas Searches Leave feedback
No similar feedback found. Feel free to add yours!
Leave feedback Go to the project page ›

Turned out to be quite nice game, expected it to be boring, but no.

Installed fine on my laptop, Windows 10 Home Edition added compatibility settings. This reminds me of the old Chutes and Ladders game I played a few times long ago. Being a bit of a chicken, I decided to go with the easy mode...it's fine. I think this would be a nice game for children even though the theme might seem a bit bloodthirsty. It's not nearly as bad that way as some combative games I've played in the past (like "Doom") and the cartoonish style is easy to follow. Dialogue helps. The only thing that worries me is that I don't see a "healing" mode, hope my character doesn't die on me before I figure that one out.

Ack! I'm in a nutter. I had loved the look of these graphics and missed the hex grid sort of game a la Final Fantasy Tactics, which is pretty difficult and long. So, this is already in my Steam Library and temporarily forgotten. I likely acquired it in a trade.

The one I had previously started is called Weaves of Fate - also available on Steam. That one is more a pixel graphics style, but reviews are mixed. I had died pretty fast early in the first campaign, lol.

In any case, thanks for the giveaway and for the review Mr. Whiterabbit. ^^ (Also thanks for reminding me to give this a try).

PS: If you also miss FF Tactics but not the grind, Fell Seal Arbiter's Mark (also on Steam), from the live streams I've watched, is an excellent alternative. It's a new game though, so the price tag isn't low, but IMO, polished and interesting enough to be worth it. Just a FYI. Cheers.

Whiterabbit-uk, OMIGosh! That looks awesome! It could even run on my current lil computer. (Choosing a new one specs wise is a nightmare so far. A ton of things to consider T_T) Fell Seal is different style, nice, but like you this is more my kind of thing.

In any case, thanks for the heads up. I love the graphics in this one and the setting. Wishlisted. If they wer both on sale, and I could, I'd get this one first. :) Definitely one to watch - thanks to Zelda, I do love a bit of hack n slash (and lot of it, Dante <3, lol). Cheers. ^^

I have around 10 000 unused Steam keys which I accumulated when I used to buy various indie bundles from Indie Gala, Humble Bundle and others. Sometimes a bundle would only have one game I wanted, but it was still worth getting price wise. Over several years from the first bundles released almost a decade ago up to July 2017, I used to buy virtually every bundle I saw; consequently I accumulated thousands of spare keys. I gave a whole bunch of them (around 500) to one guy, and have passed on hundreds of others over the years.

The only issue is finding them as I have hundreds of documents with the bundles detailed on them, but my filing is appalling, with documents saved in 'to sort' folders, which have then been copied into other 'to sort' folders. some being nested as several deep, all with hundreds of files stored in them. I have been slowly scanning the backups to a database, but its tedious work with well over a thousand DVD's, several hundred 25GB Blu Ray discs and around 14 terabytes of external disk backups it seems to be taking forever. I only scan a few at a time, then it may be weeks or months before I do it again. That said, I will have a look through a folder I have on one of my internal drives that I know has quite a few of those documents. If I do find a Titan Quest key, it's yours. :)

Whiterabbit-uk, Aw that'd be so awesome! Yea, it's a lot of work to sort these things. I got into a group buy habit on Steam for a while. Truthfully, sometimes a bundle does only have one thing you'd like. Recently I went through it all and sorted out keys to either trade or giveaway - which is how I ended up getting Devil May Cry 4 - multiple key trade with a cool person.

I'm done with that though - you spend more than you think before you know it, and I really shouldn't nark my limited budget that way. :)

Seriously though, I don't have even an 1/8th of what you have and it took me a while to put them into several Google Sheets. >.< I did a successfully giveaway my last birthday and Delenn helped by sending me a few more keys, ha ha. I needs must do more giveaways. ^^

If I can find something good like a light Open Office with a sound database, I'd prefer to store the data that way though. It's what my college training is in. :P If you can get your info into text files or something like that, I'm happy to organise your stuff too. It'd be my pleasure. <3 Cheers.

Dana, Dana, I found a key in my Humble account for the Gold version of Titan Quest, which includes both the original game and the Immortal Throne expansion. The code was exposed, which means it could have been used as I used to give away some of keys I didn't need, but back when that was included in a bundle (~4 years ago), I used to open all the keys, so there is a chance it hasn't been used. I've emailed it to your Hotmail account and messaged you on Steam with the code. I hope it works. If not, I'll keep looking as I have hundreds of documents with lists of Steam keys still to look through.

Braveland is a casual 2D turn based (Hex Grid) strategy/combat RPG with hand drawn graphics. I used my Steam copy to take most of the in game screen captures below. 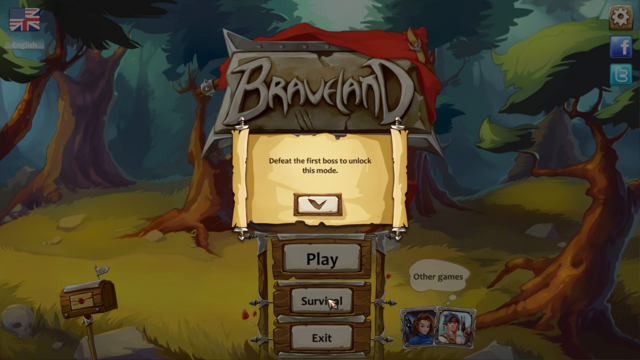 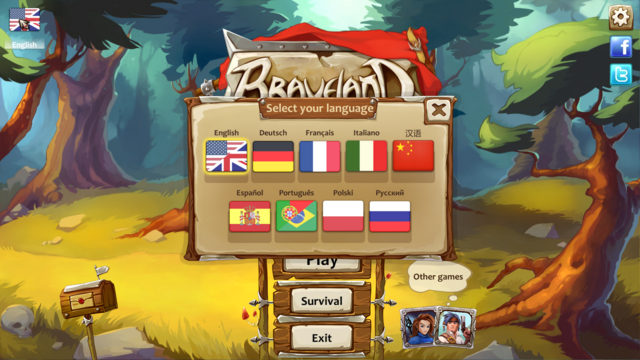 Braveland is a turn-based game inspired by old-school strategies with hexagonal battlefield. You will start as a humble warrior's son whose village was cruelly raided and will end as talented commander of your army.

The story takes place in a hand-drawn world and covers many interesting places and characters. Various warriors will join your army - archers, scouts, healers, footmen, arbalesters and more. 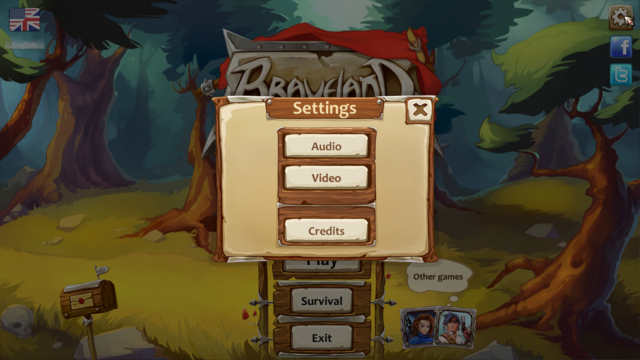 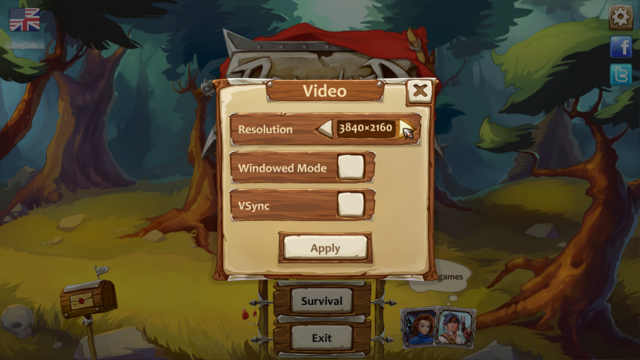 You can see a full review of the game HERE and over 750 mainly positive Steam reviews HERE. This is the first of four games in the series. There’s also Braveland Wizard, Braveland Pirate (both with over 200 mainly positive reviews, and the free to play Braveland Heroes (includes micro transactions and has over 200 mixed reviews)

After over three hours of game play, I can say if you enjoy cartoon like graphics with a turn based strategy system using a hex grid, with casual game play, this is definitely worth a download. I don’t usually play turn based combat games any more, but found this one mildly entertaining in small doses. It reminds me a little of those clicker games (graphically) we’ve been given over the last few years, but isn’t as rough on your hands 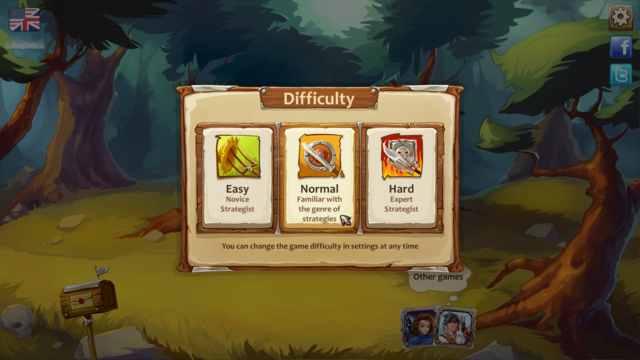 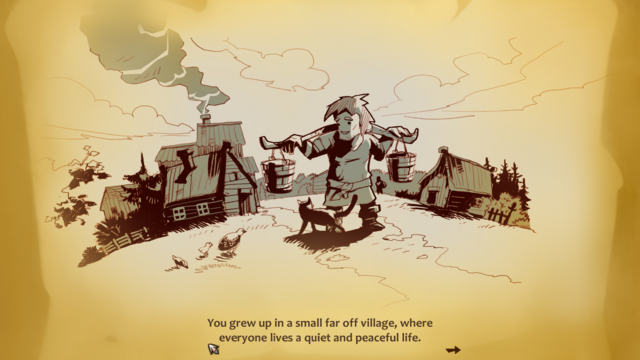 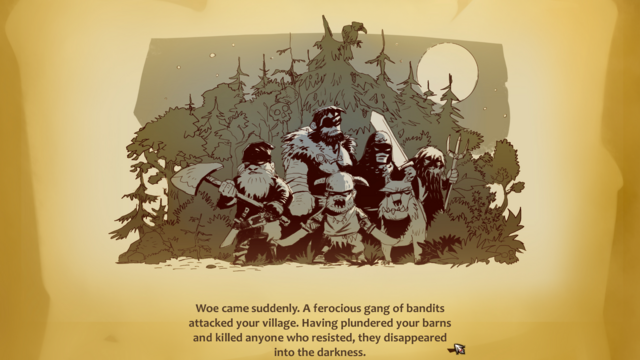 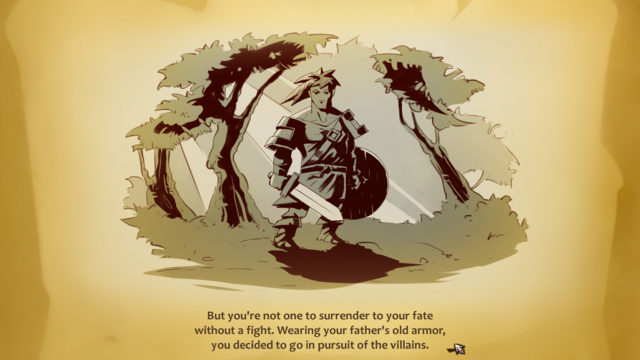 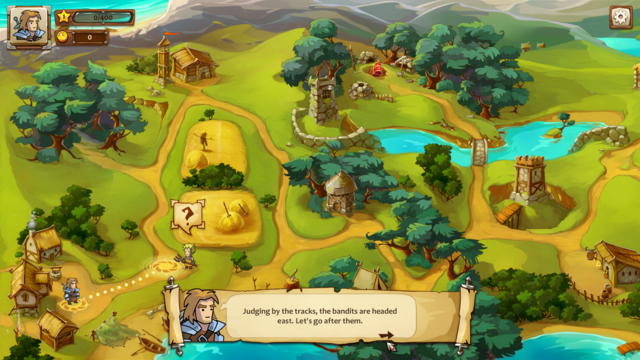 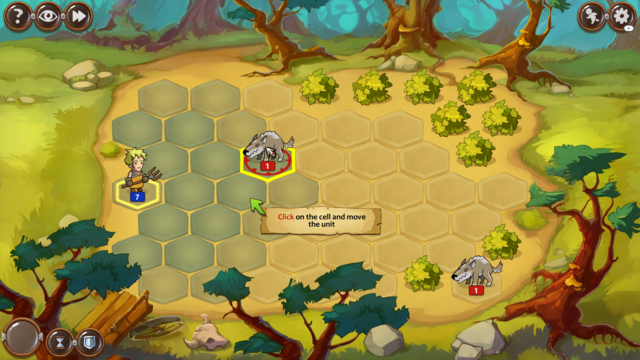 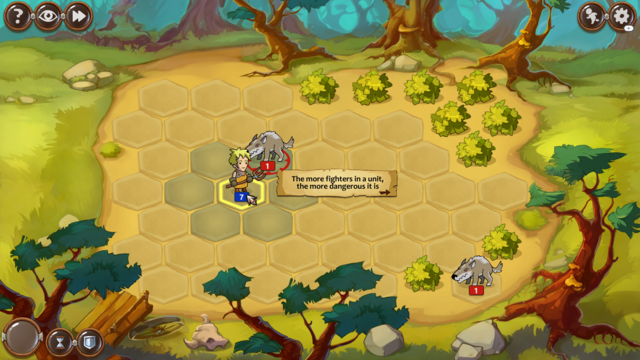 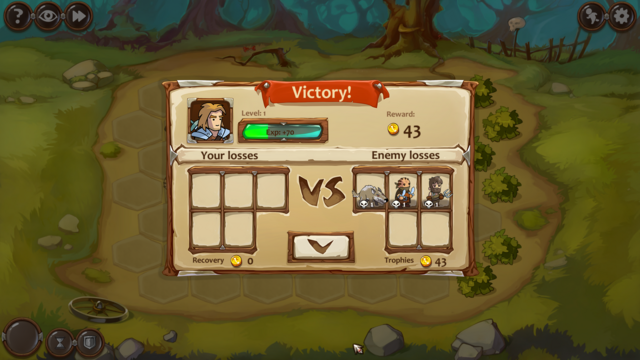 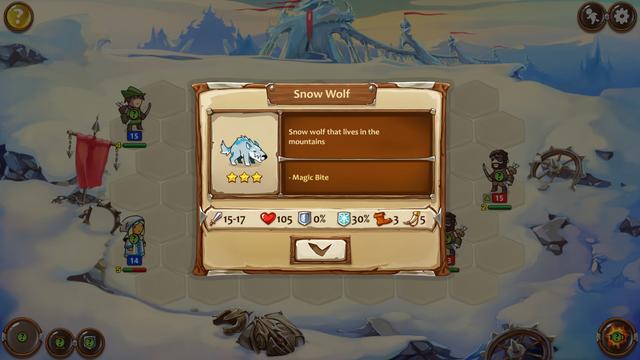 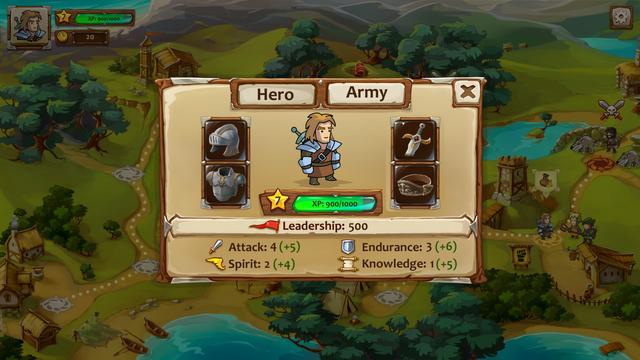 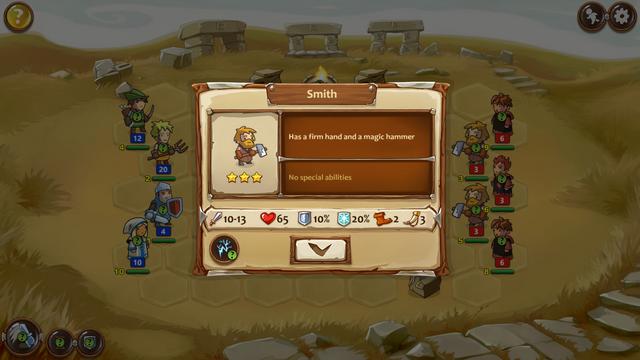 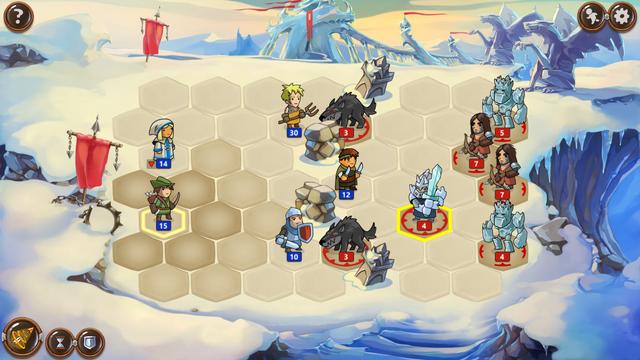 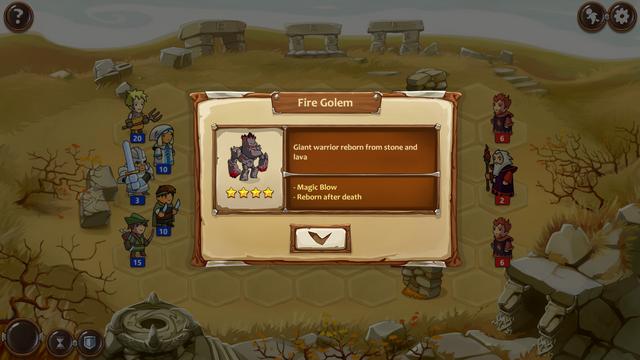 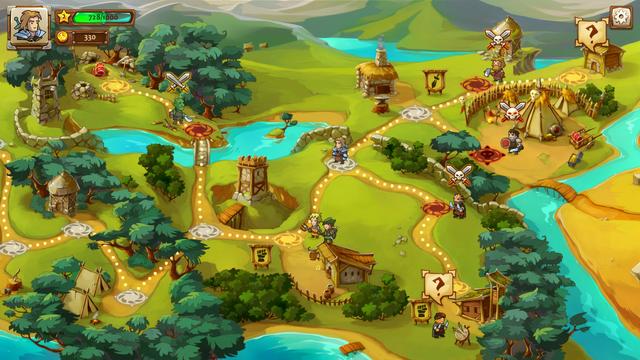 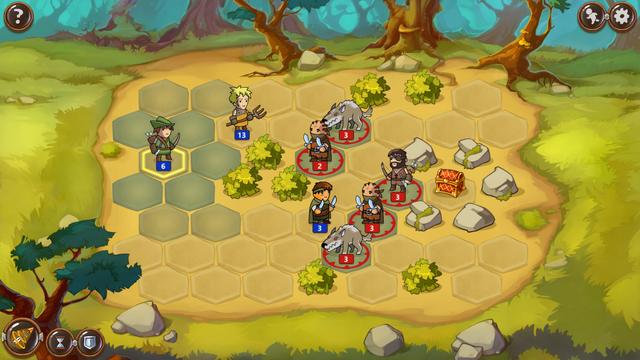 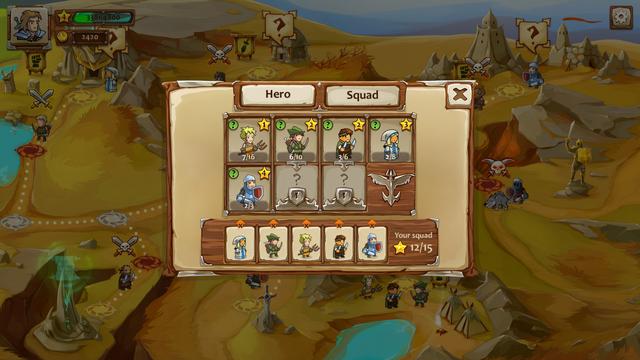 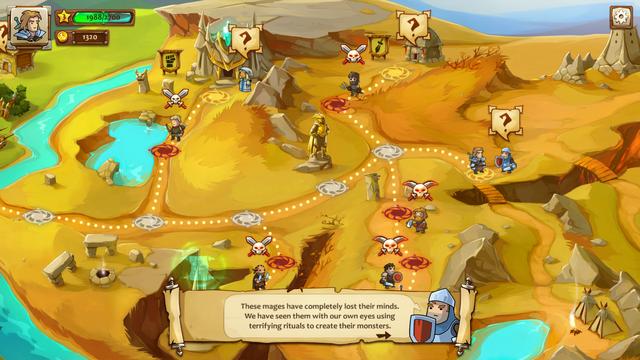 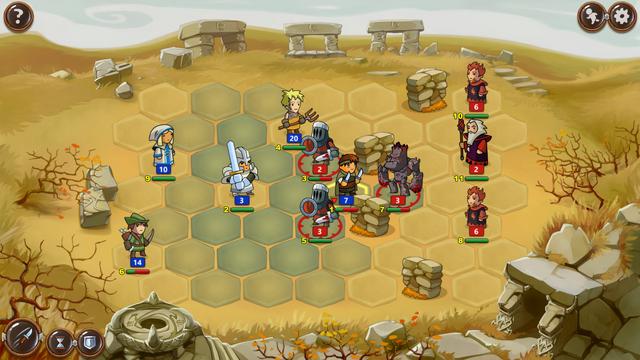 Check out the following links for details of other free games HERE (giveaway forums), HERE (Indie Gala freebies - recently updated), HERE (Steam freebies) and HERE (Epic Games freebies). The latest Epic game is now Celeste (a super-tight platformer from the creators of TowerFall. Brave hundreds of hand-crafted challenges, uncover devious secrets, and piece together the mystery of the mountain) and Inside (an atmospheric puzzle platformer).

You can also get a Steam key for the excellent Dirt Rally (time limited) HERE. This is still one of my favorite Rally games. It's not as technical as the World Rally Series of games, more arcade in game play Style, but the game is challenging and takes you to some beautiful locations arund the world. See my post over in the forums to see some images of the game HERE.