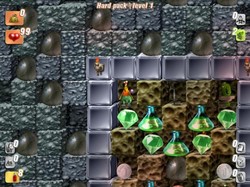 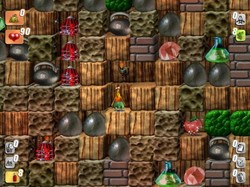 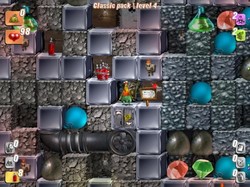 An easy-going and cheerful beetle named Ju was sitting in his rocking chair and watching TV. Suddenly, the world of Ju was invaded by dangerous alien monsters! The invaders decided to build up a new colony in underground labyrinths and enslave cute beetles. So, fly to arms, little Ju! It’s time to save the underground world from the invasion, while at the same time seeking out for countless treasures and various bonuses!

How would you improve Beetle Bug ?
All ideas (0) Top five ideas Searches Leave feedback
No similar feedback found. Feel free to add yours!
Leave feedback Go to the project page ›

This has never been given away before.

If you are familiar with and enjoyed playing digger and boulderdash games, Beetle Bug should appeal as it has the same game mechanics.

I was hoping to post a review at some point today, but I've been asleep since early this morning until now (15.20pm). Needed a well earned rest after the last weeks shenanigans; in the mean time you can read several short community reviews of this game HERE; however, please bear in mind the price of arcade games back in 2003 when this was originally released via Alawar were much higher than they are now. Also, the name used to be called Beetle Ju, with the sequels called Beetle Bug 2 and 3. The game originally cost £19.99 back in 2003 (06/15/2003). Alawar used to release games like this, then release extra level packs, for example I purchased a game called Hyperballoid, (a break out game), which I loved. The original game cost me $19.99. They released around 18 level packs over a couple of years, each one containing an extra 50 levels and each level pack cost $14,99, so in total I paid almost $300 for the game as it also included an extra music pack. About 6 months after the last level pack was released, Alawar released the game to other sites such as Big Fish and Reflexive Arcade, but all the level packs were included with the game, all for $19.99. The same happened with Beetle Ju/Bug, several level packs were released after the original game was released, increasing the overall price significantly. Thankfully we get it free. Yeah! 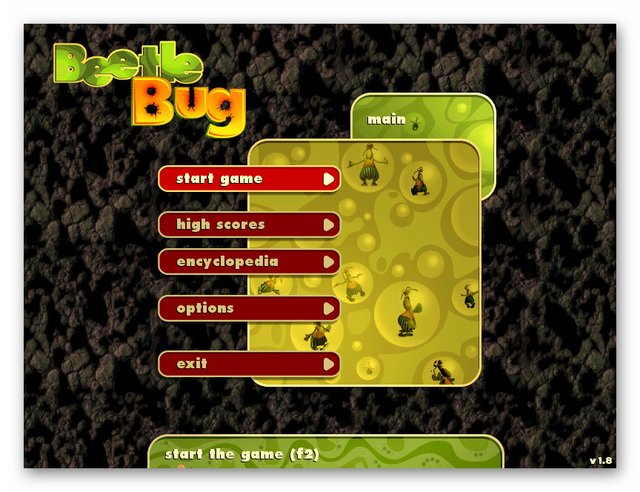 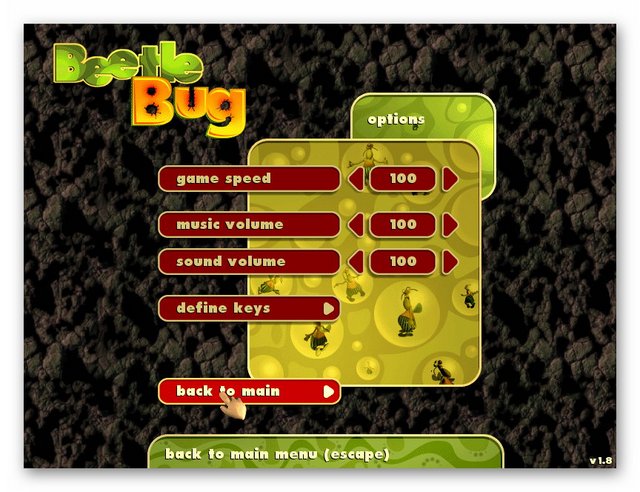 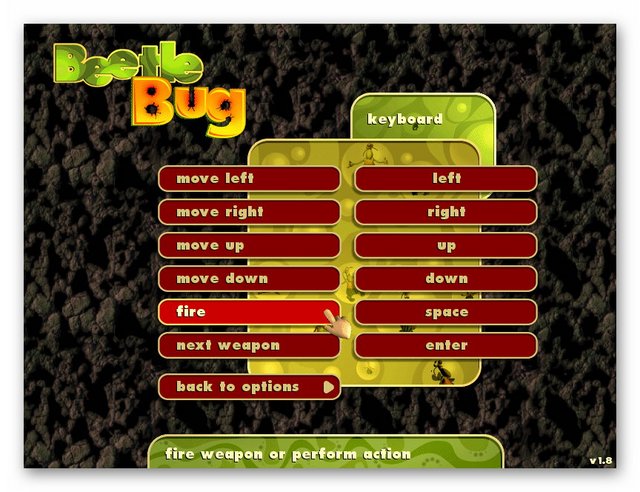 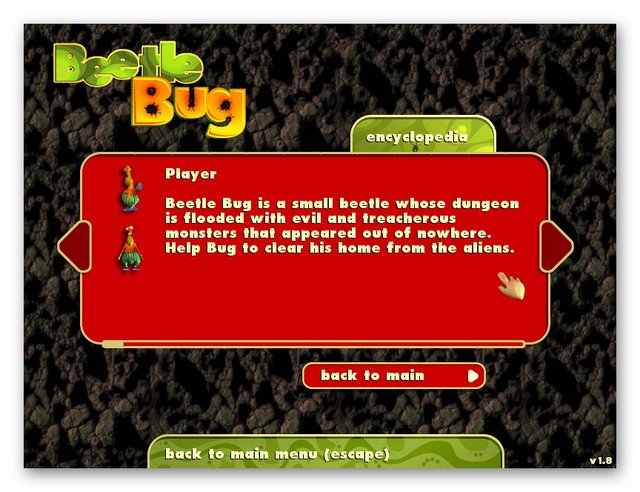 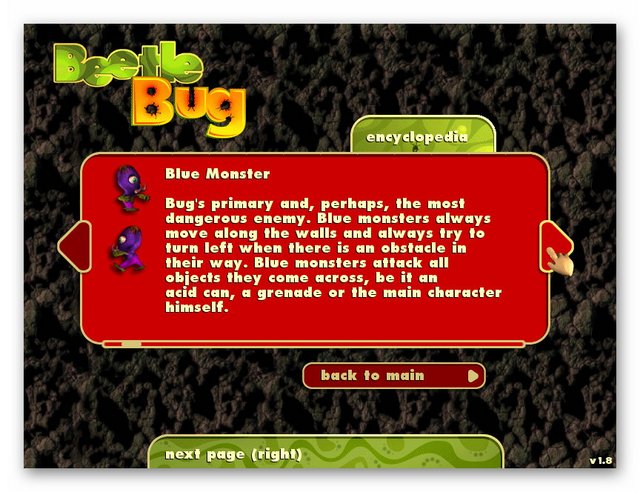 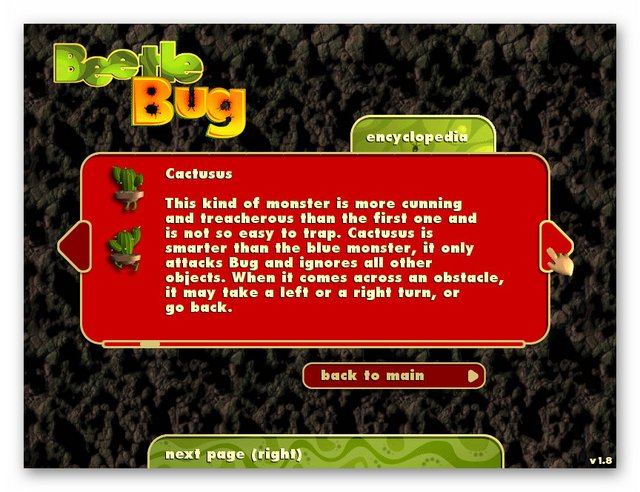 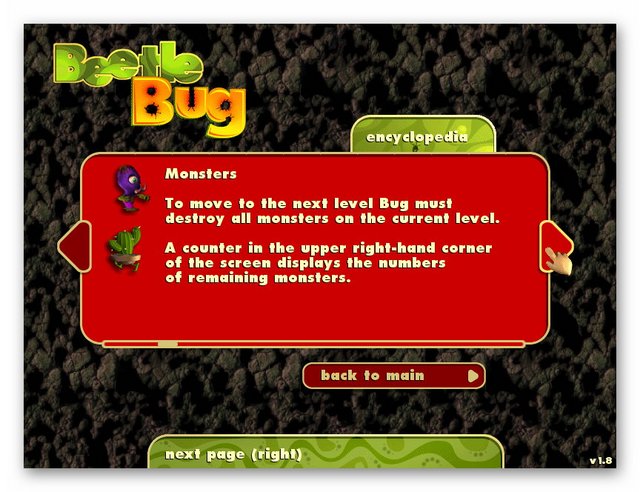 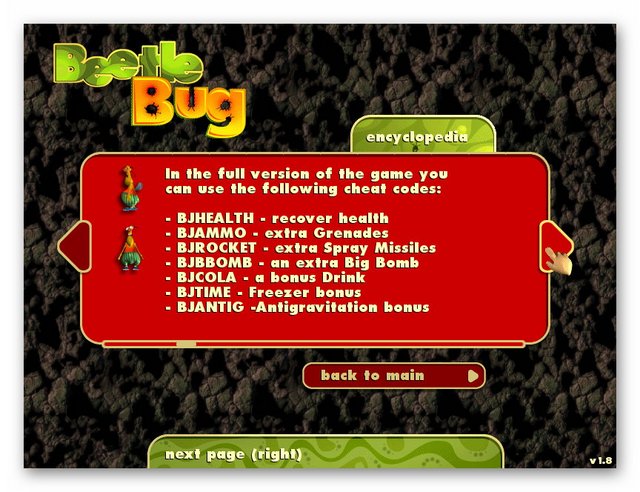 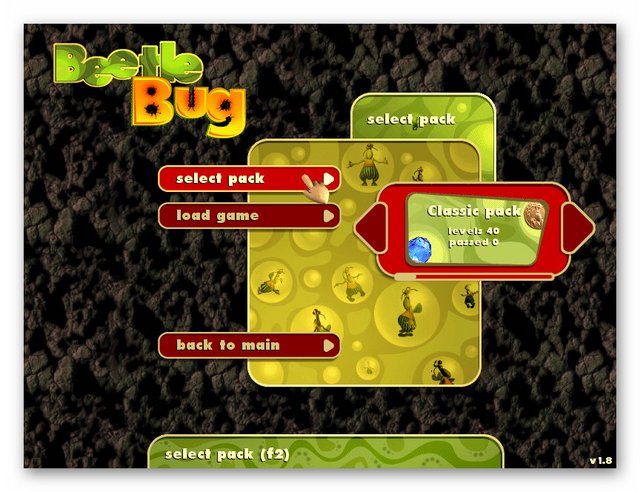 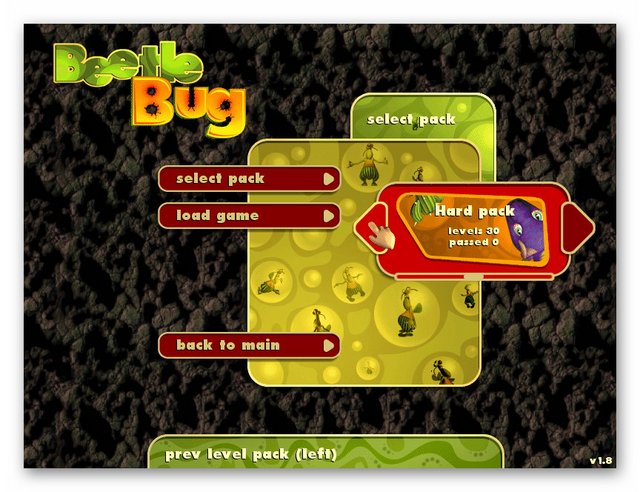 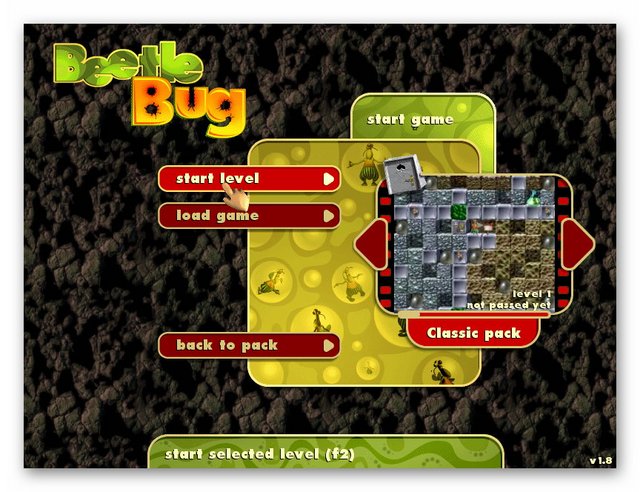 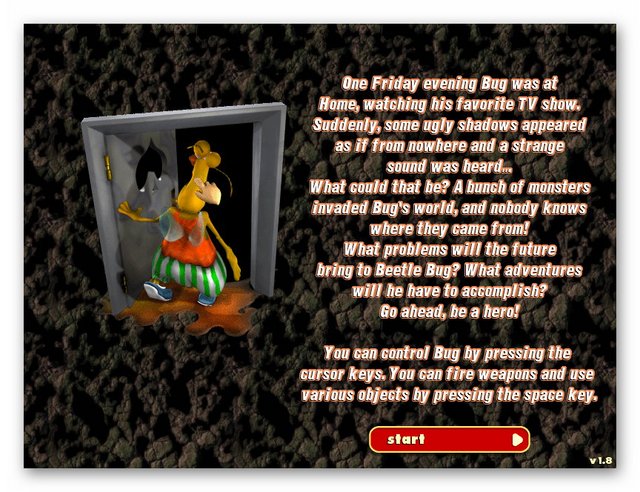 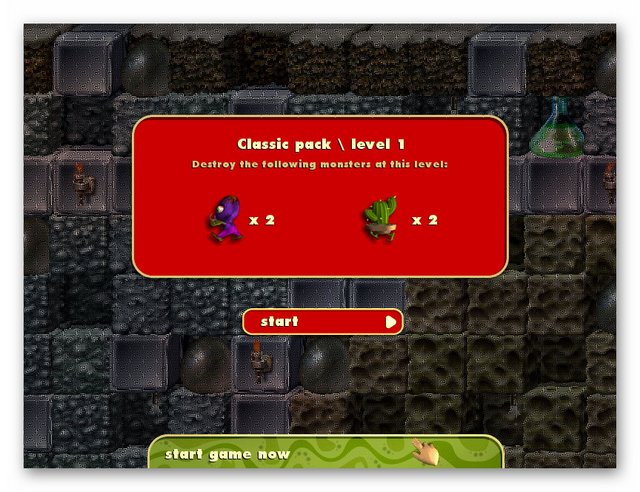 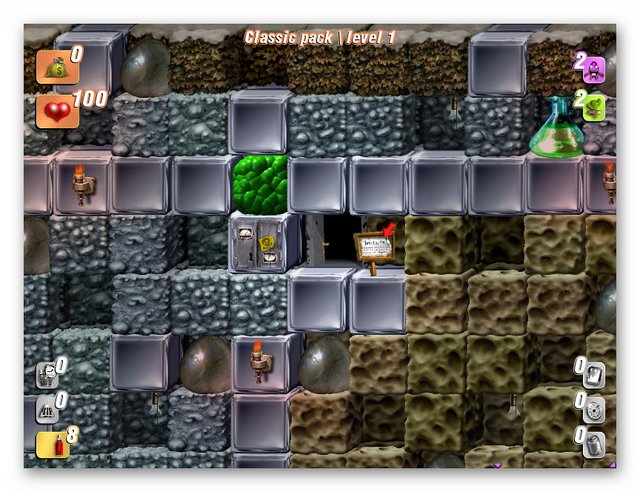 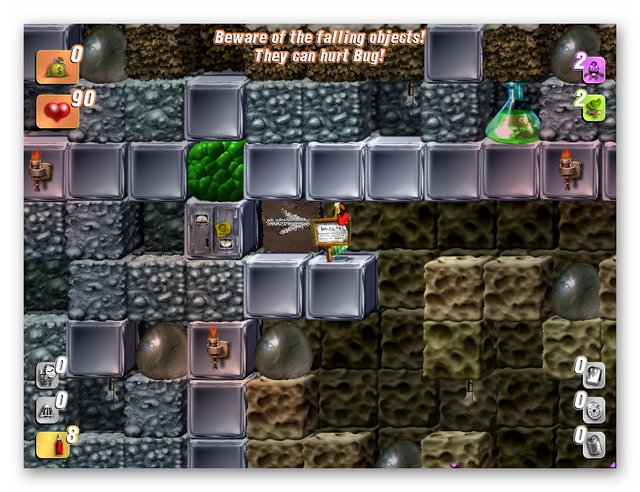 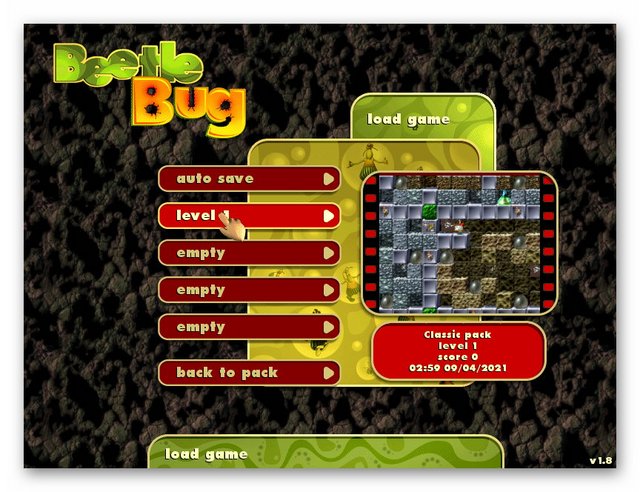 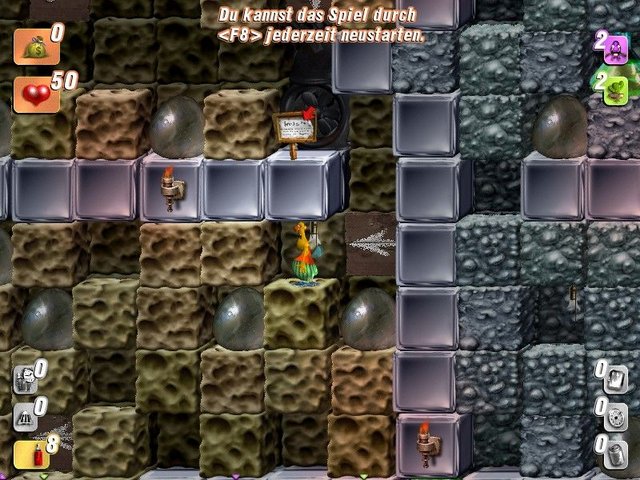 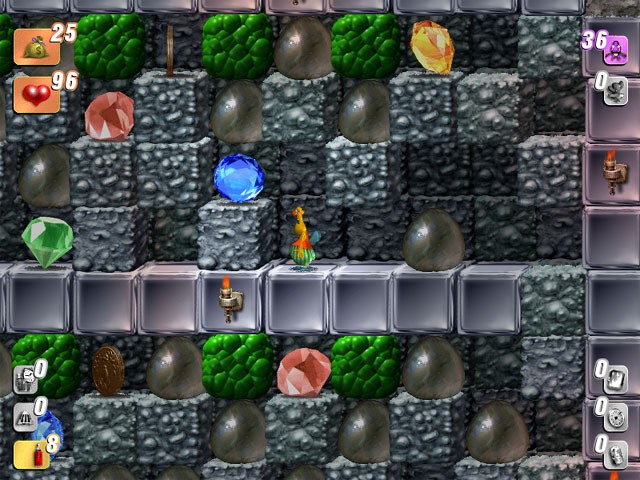 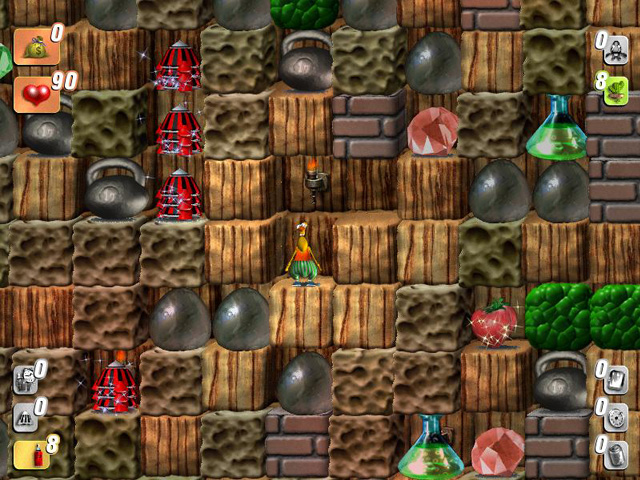 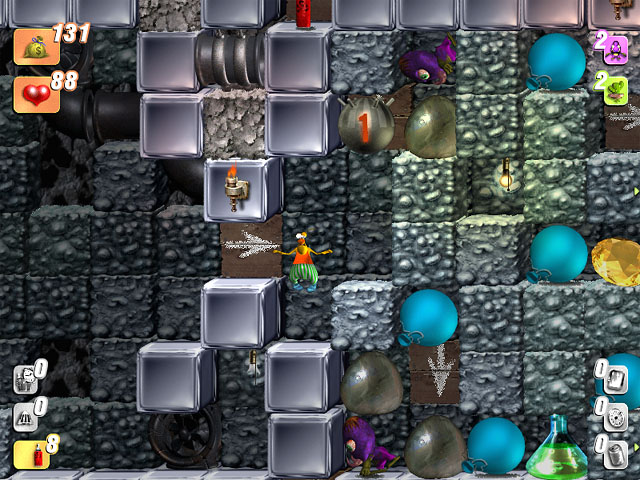 Useful links to other free games. :) :) :)
The latest game from Epic Games changes is Season 2 of 3 out of 10 - (Caffeinated super-powers, sentient AIs, and rival game studios all stand in the way of Shovelworks studios as they struggle to finally make a game that scores better than “3 out of 10”. Will this be the Season that they finally do it?), with three more games to be added this week; i.e. Deponia: The Complete Journey, Ken Follett's The Pillars of the Earth and The First Tree.

Please see Delenn's threads for Steam and Non Steam freebies HERE and HERE respectively. It’s worth adding these to your favourites and checking regularly for available freebies. Most are only free for a specific time. If you miss the deadline you’ll miss out. Once added to your account, each game is yours to keep.

A couple more things to note:
1) The Advanced Options screen DOES 'remove' the main game screen and appears in a separate small window of its own. This is where you can select "run-in-a-window" mode, i.e. not in full screen!
2) When you exit the game, it doesn't close its window automatically. It displays a 'goodbye' screen, and you'll have to close its window manually. At least, it does on my PC!

So if you're a fan of games like Boulder Dash and (for ex-BBC Micro owners) Repton, you will love today's GGOTD.

My thanks to ToomkyGames and GGOTD for this one! It's really good fun!

If your German isn't great ;), the German text on the fourth-to-last screen shot in whiterabbit's post means "restart a level at any time with F8."
Just thought I'd add that because F8 isn't mentioned in the screen shot of keys and what they do: hope that helps someone!

Not convenient for dual monitor system.
It messed up the second monitor when the game is active.

Missile in a Watch
How long can you survive a deadly onslaught of homing missiles?
$0.99 ➞ free today